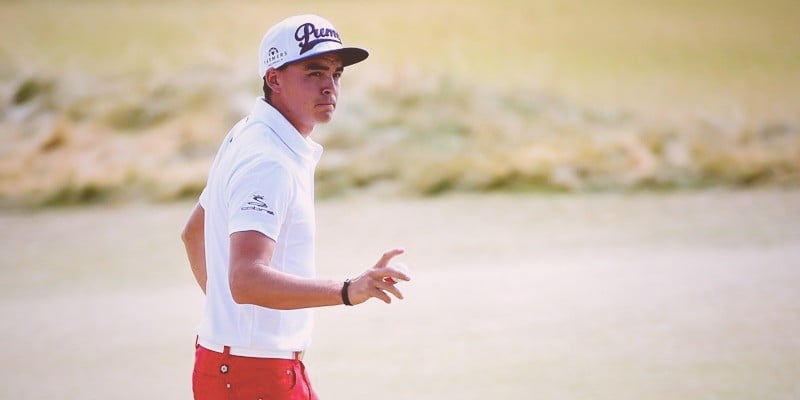 Rickie Fowler got lucky on Thursday at the US Open. His opening 81 (!) was offset only by the fact that he was playing with Tiger Woods (who shot 80). Their group combined to shoot 28 over.

It was not fun to watch.

Fowler did, however, nearly make the shot of the day on the 12th hole at Chambers Bay in the first round. No. 12 is a drivable par 4 and at first it looked like Fowler blew his drive past the pin.

He didn’t, though. he was simply using the backboard on the hole to let the ball come trickling back down towards the hole where it almost fell.