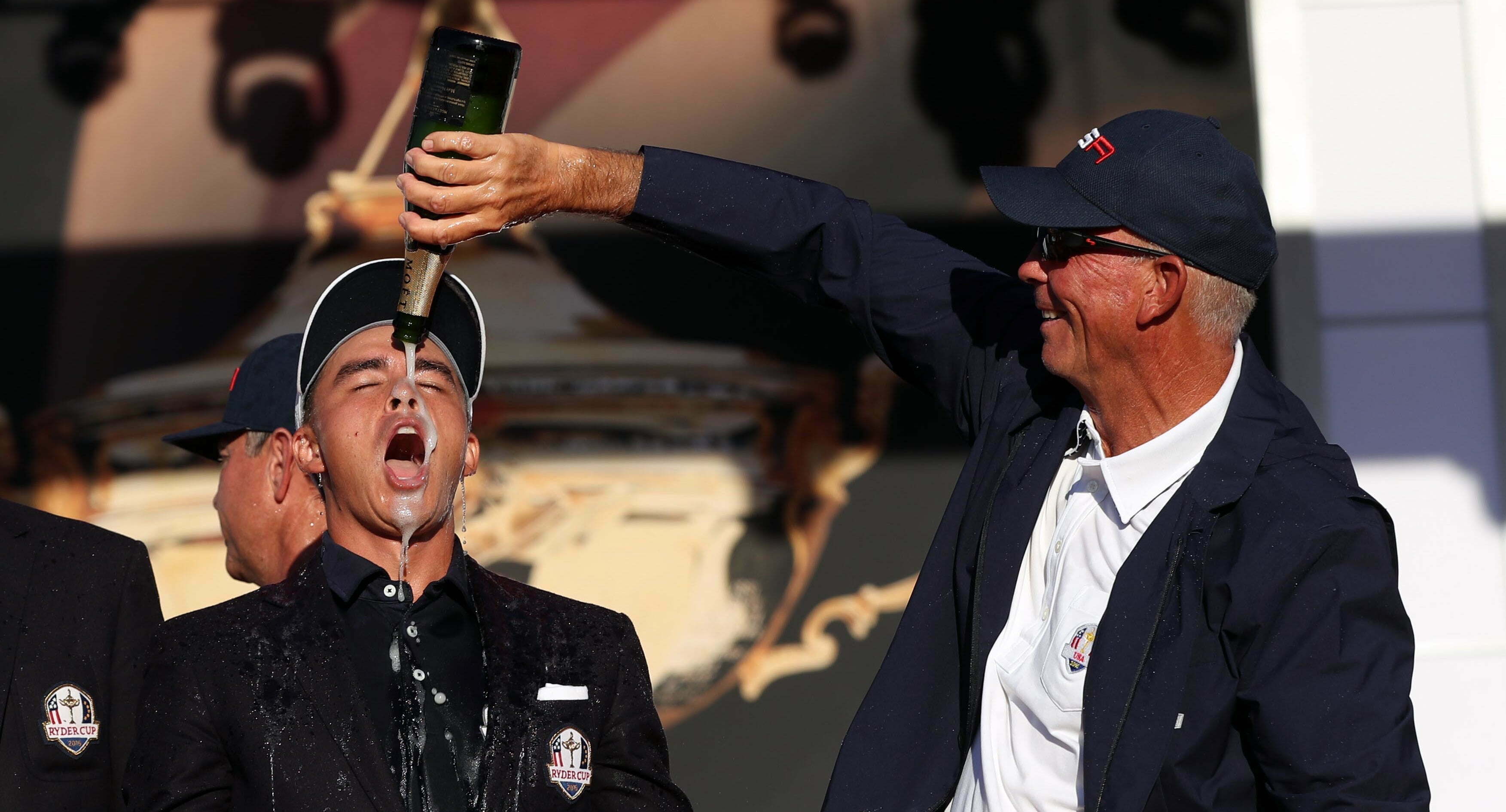 CHASKA, Minn. — One of the dirty little secrets of this year’s United States Ryder Cup team is that one of its captain’s picks had never won a Ryder Cup match. Rickie Fowler entered the matches at Hazeltine this week with a 0-3-5 record in his history at this event.

So of course he went out and won twice against a couple of Europe’s best players. He teamed with Phil Mickelson to beat Rory McIlroy and Andy Sullivan on the first day. Then he took down Justin Rose in what he called a “pillow fight” of a match on Sunday as the U.S. clinched the Ryder Cup for the first time since 2008.

“Tried to stay pretty mellow and level throughout the day,” said Fowler. “Like you said, it was back and forth right around 1-up. I was 1-down for the most part and then got it back to square was able to get it 1-up with a few to play.

“A bit of an uphill fight for the both of us. I know Rosey and I didn’t have our best. We were evenly matched we kind of kept going back and forth. Fun match. Won’t be the last between us. Obviously pleased to come out on top.”

Then he took a photo that spawned a thousand memes in the closing ceremonies.

When your boys are all gettin wifed up but you're not trying to catch any feelings pic.twitter.com/3UtdsbDJL8

Fowler literally jumped into the post-match press conferences with a Corona in one hand and the world in the other. He took a selfie with Phil Mickelson and the trophy during the interviews — everybody was, uh, not 100 percent sober — and showed off that aforementioned meme to those around him.

It was not a coming out party for Fowler whose position in American golf is already solid, but it was certainly a validation of the U.S. task force he was named to after the debacle in 2014. He joined Phil Mickelson, Tiger Woods and others in trying to lay a foundation for future Ryder Cups. They did that and Patrick Reed laid the last stone.

“The pressure started when some dumb ass opened his mouth two years ago in the media center,” Mickelson said in the press conference, an obvious reference to himself throwing captain Tom Watson under the bus in 2014.

“The thing about this is that we need to build on this,” continued Mickelson. “Otherwise, it’s all for naught. We created a very solid foundation this year. With the input that Davis Love had and each vice captain with Tom Lehman and Jim Furyk and Steve Stricker, and Tiger Woods and Bubba Watson, all brought integral parts to the success of this foundation, and it’s important that we build on that.”

Fowler will be part of that. We sat around after midnight on Sunday drinking beers and taping a podcast (which you can listen to here). After we turned it off, we all named our 2018 Ryder Cup golfers. Fowler was a part of them all I believe. He will play a huge role in the future of American Ryder Cup teams. This week was just the beginning.