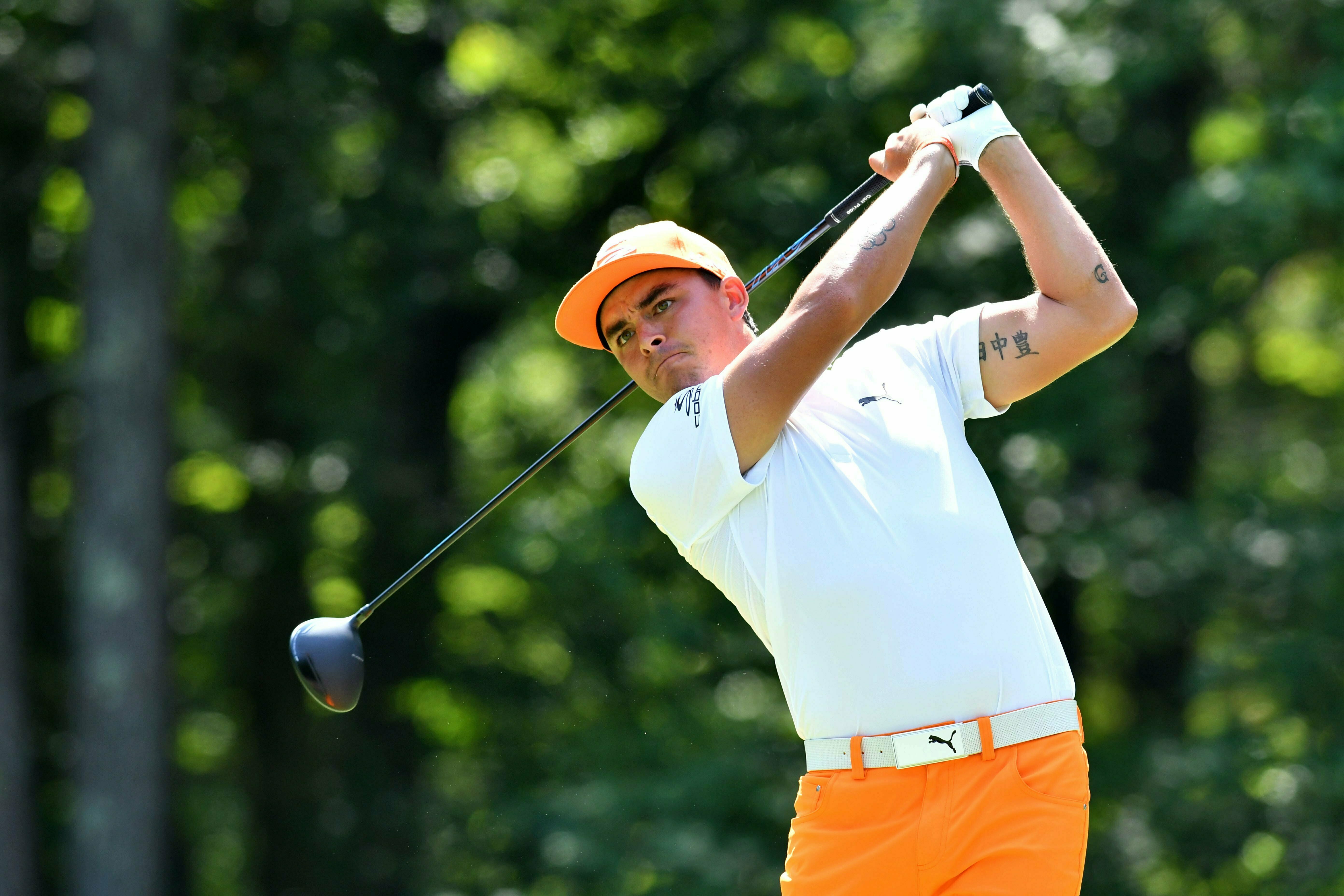 We haven’t seen much of Rickie Fowler since his appearance in Stillwater as grand marshal for Oklahoma State’s 2017 Homecoming festivities. He’s been touring the country with his girlfriend Allison Stokke, and he resurfaced this week after several weeks off from the golf circuit with an appearance at the OHL Classic at Mayakoba.

Our tour continued to Cal for @allisonstokke's homecoming…thank you for showing me your stomping grounds!! I met some amazing people and look forward to getting back soon!

Fowler (-18) finished second to Patton Kizzire (-19) in Mexico despite one-putting seven of the final eight holes and making birdie at three of the last four.

Fowler strung together a 65-67-67-67 showing over a rain-soaked four days at Playa del Carmen. Most of the leaders had to play 36 on Sunday to get the tournament in. Fowler was three clear of the next-best golfer, but Kizzire proved too much in getting his first career win.

Despite Fowler’s three birdies in the final six, Kizzire only needed to par in from No. 12 on to beat him, which is exactly what he did.

.@RickieFowler pulls within one shot of the lead at @MayakobaGolf.

“Patton and I had a good time,” said Fowler. “Kind of coming into the back nine in a way came down to the two of us. Wish I would have been a little bit closer going to that last few, but hit some great swings. At least told him try to keep it interesting, keep him honest. But he earned it out there, he played well all day today, 36 holes.”

It was Fowler’s first runner-up finish in the 2017-18 season (because it was his first start), and it was his seventh in the last five years to go along with three wins. Not a bad beginning to Fowler’s ninth (!) full season on the PGA Tour.

“I think I was on the golf course five times (since the Presidents Cup in late September),” said Fowler. “Spent a lot of time away from the game, thought about it a lot, and still in a great spot. So I think there’s a few things we can tighten up, but I did good job of managing my way around the golf course here, didn’t give too many shots away.

“This is a great week. I’m happy with where the game’s at. Every time that I played it didn’t feel like it was far off. I felt like I could go out and play, and it’s been nice to kind of relax and recover from a long season. Looking forward to a couple weeks here off coming up and then Tiger’s (event in the Bahamas) and then a little time for Christmas and spend time with family and then get over to Kapalua.”

As a winner in 2017 Fowler will tee it up at the Tournament of Champions to start 2018.