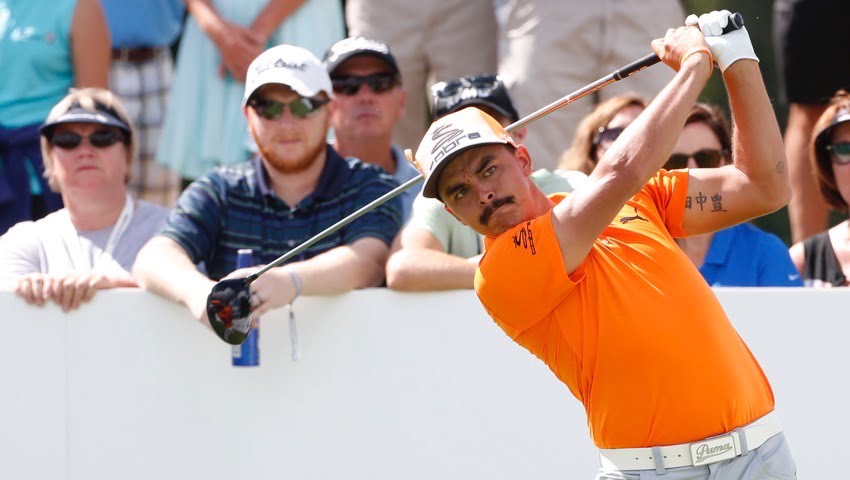 Hey, some good news for Oklahoma State fans! Rickie Fowler was named a captain’s pick for the 2016 Ryder Cup by his buddy and captain Davis Love III. Fowler actually didn’t make it to the Tour Championship (the top 30 in the PGA Tour FedEx Cup points race make it), but that didn’t dissuade Love from picking him (Fowler is ranked No. 9 in the world right now).

“Rickie Fowler, he’s so excited to be on the team again,” said Love. “We found no weaknesses in his game. He’s such a great teammate. He’s really confident on the big stage as we’ve seen in the Olympics, but like in Dubai, he plays well all over the world; he travels well, brings a lot of intangibles to our team. Going to make a great teammate to guys that we already have on the team.”

Fowler was always going to be on this team despite the fact that he hasn’t won in the United States in over a year. Everybody loves him, everybody wants to play with him and he has stones. He loves the heat of the Ryder Cup. Fowler has played in two of these but never in the U.S. Never for his home country in his home country.

“I feel like I’ve had a little bit of a glimpse of it,” said Fowler. “I got to play in the Walker Cup twice, once overseas and once in the US. It’s really cool getting to play on home soil. I mean, The Ryder Cup is a whole different animal and I’m looking forward to that opportunity, having the two overseas, it’s going to be pretty amazing getting to play in front of a home crowd, it will be a completely different feeling for sure.”

The Ryder Cup, which starts in two weeks, is actually at Hazeltine outside of Minneapolis. Fowler, who looked like he was enjoying that #bloglife as he joined a conference call on Golf Channel via Skype, has good memories there as he competed in the 2006 U.S. Amateur there. “It was a really cool experience,” said Fowler. “It was actually the week I committed to go to Oklahoma State. I was coming out of high school obviously and made it to the quarters where I eventually lost to the guy who ended up winning, Richie Ramsay. So it was a special week for me, playing the golf course, I just remember it being long and tough. It was a fun challenge and it sounds like there’s probably a pretty similar setup with what Davis has talked about. I mean, making it playable, but still it’s a very tough golf course.

Fowler has actually never won a Ryder Cup match. He’s 0-4-4 in his career which coincides with three straight U.S. losses including a drubbing last time out in 2014 at Gleneagles.

The drama will be thick in Minnesota as September turns to October this time around though. The European squad has six rookies, and I’m sure the American faithful will remind them of that repeatedly. I’ll be there to drink in the madness, and I, like Fowler, could not be more fired up.

“I would say that I’m probably more excited about this Ryder Cup than the past ones,” said Fowler. “Being a part of that task force and being with the guys in meetings and getting to see the excitement level and how much The Ryder Cup means to some other players like Tiger and Phil and Davis, when he ultimately got the pick to be the captain, it was special. It made me appreciate The Ryder Cup even more. Not that that was very possible; I mean, The Ryder Cup has always been the biggest thing and one of the main goals to always be a part of the team.

“It was a team that I didn’t want to miss out on by any means, and I wish I would have been able to make it on points. Didn’t want to have to be a pick. But like [Matt Kuchar] said, this is a team we want to be a part of, having Davis lead us, and like I said, this is the one I’ve been most excited for.”