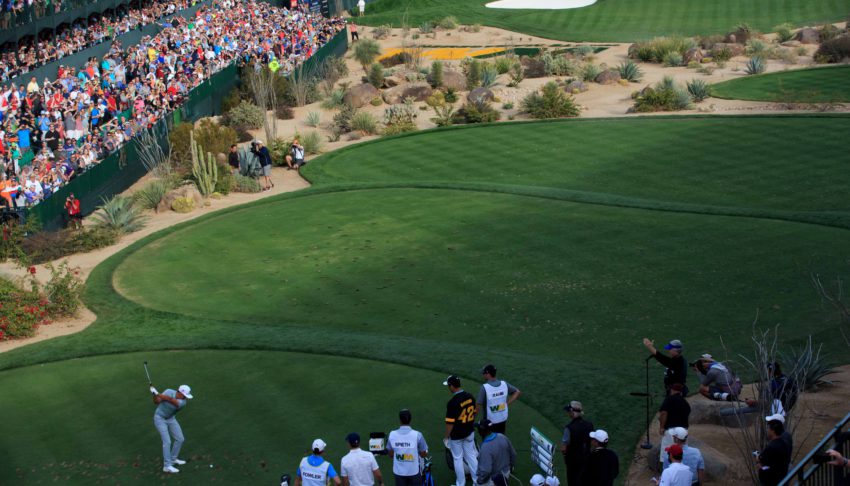 When he stepped up to the tee on No. 16, Fowler took some practice swings and pumped up the crowd, sending the spectators in the amphitheater into a frenzy. He then proceeded to land a dime on the green just feet away from the hole.

If @RickieFowler ever hosts a PGA Tour event, I imagine it'd feel a lot like the Waste Management. https://t.co/axFPFoFfma

Thanks @RickieFowler for showing us we still live in a world where people can have fun. https://t.co/ZG6oCVVOG5

Fowler has always been adored by Oklahoma State fans, but it’s moments like these that keep him an international crowd favorite. He added a sweet #SaltBae move after draining a long putt for birdie which was pretty amazing (more on what the #SaltBae is here).