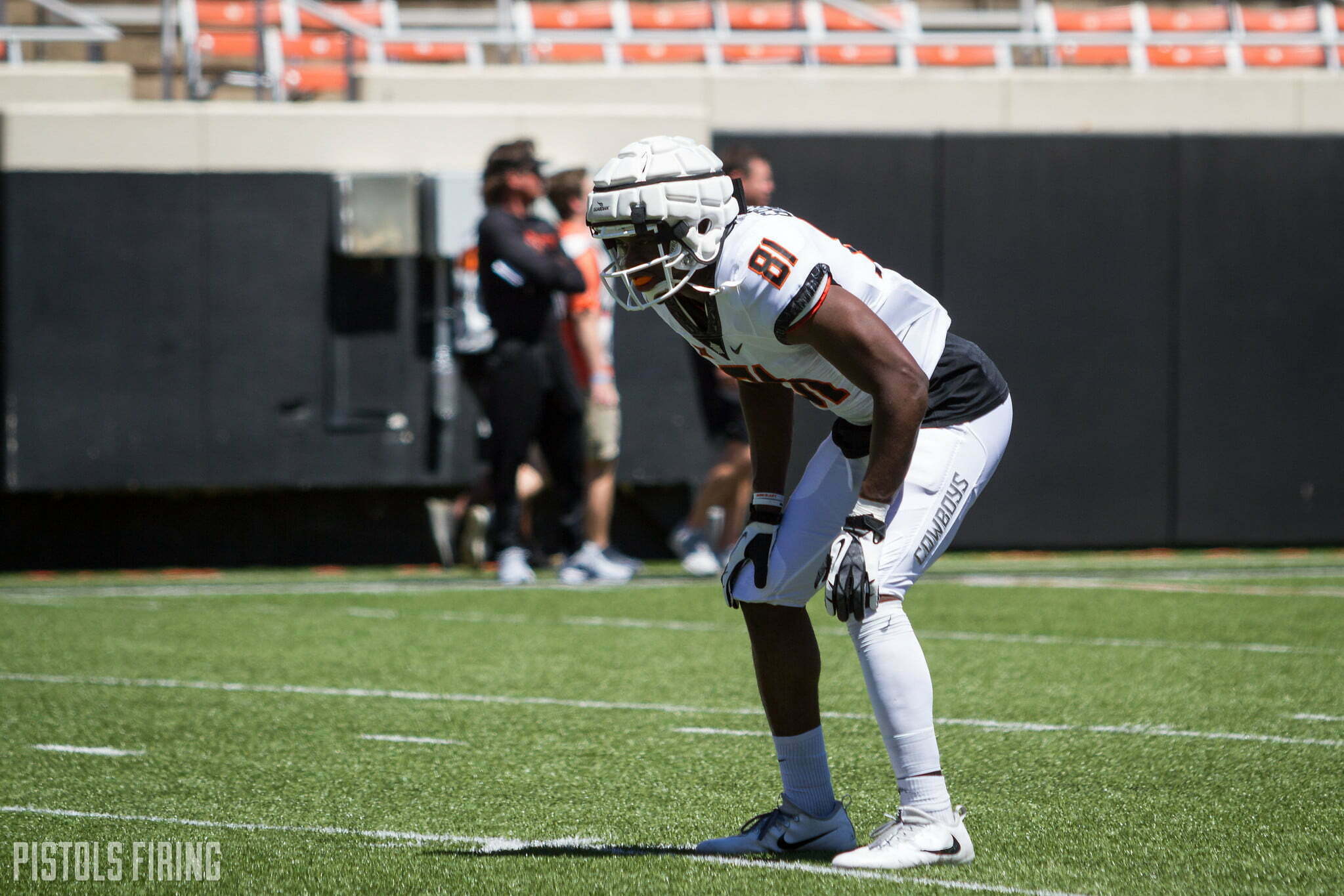 After two seasons at wide receiver, LC Greenwood transitioned to the side of the ball that makes a lot more sense given his name.

The Steel Curtain L.C. Greenwood was a terror at defensive end of the Pittsburgh Steelers, winning four Super Bowls and appearing in six Pro Bowls. Oklahoma State’s LC Greenwood probably isn’t ready for all of that, but his transition from highly touted receiving prospect to Division-I linebacker is an exciting one.

Greenwood played in three games in 2018 as a redshirt freshman without recording any statistics, and again, he was a wide receiver.

He played on both sides of the ball at Lakeview Centennial (TX). In his high school career, Greenwood tallied 2,113 receiving yards and 29 touchdowns. That drew him a four-star rating from all major recruiting websites. He chose OSU over offers from Wisconsin, Iowa, Mississippi State, TCU, Utah and others.

After two seasons of no in-game receptions as a Cowboy, it was Greenwood’s idea to become the tackler and not the tacklee.

“He came in and wanted to make the move,” Gundy said after the spring practice. “He felt like maybe he’d hit a dead end at the wide out spot, so he wanted to make a move to the other side of the ball. He played both ways in high school.”

This spring was likely Greenwood’s floor, as he had to relearn the position he played as a prep star.

Starting back at square one, Greenwood still has a ways to go in terms of being as good as his athleticism entails he can be. But with three years of eligibility left, he still has the time to get there.

“The first week … it was tough, I’m not gonna lie,” Greenwood said. “Getting to learn new stuff, watching extra film, I’m getting it more and more each day.”

Greenwood’s ceiling is a question mark to this point because he hasn’t had much time to play the position at the collegiate level. He has the frame for it at 6-3, 212 pounds, but for now it’s still just a wait and see.

“He’s just trying to get lined up right now,” Gundy said. “So, should know a lot more three weeks into August.”

Greenwood might not make the biggest impact for the 2019 Cowboys, but he could be in a good spot moving forward.

The Cowboys have a group of experienced linebackers in Calvin Bundage, Devin Harper, Kevin Henry and Amen Ogbongbemiga, but all of those guys are upperclassmen.

Soon there will be a new guard of Cowboy linebackers entering the ranks, and Greenwood’s early decision to make the position switch could put him in the running to be a leader within that younger group.

OSU’s linebackers struggled a bit with health in 2018. Bundage and Henry missed games this past season, and if any of those four older guys go down, someone has to slot in. Greenwood would benefit from some spot work against McNeese State and Tulsa early in the year, but his projections in terms of making an impact this season are probably just too soon to tell.