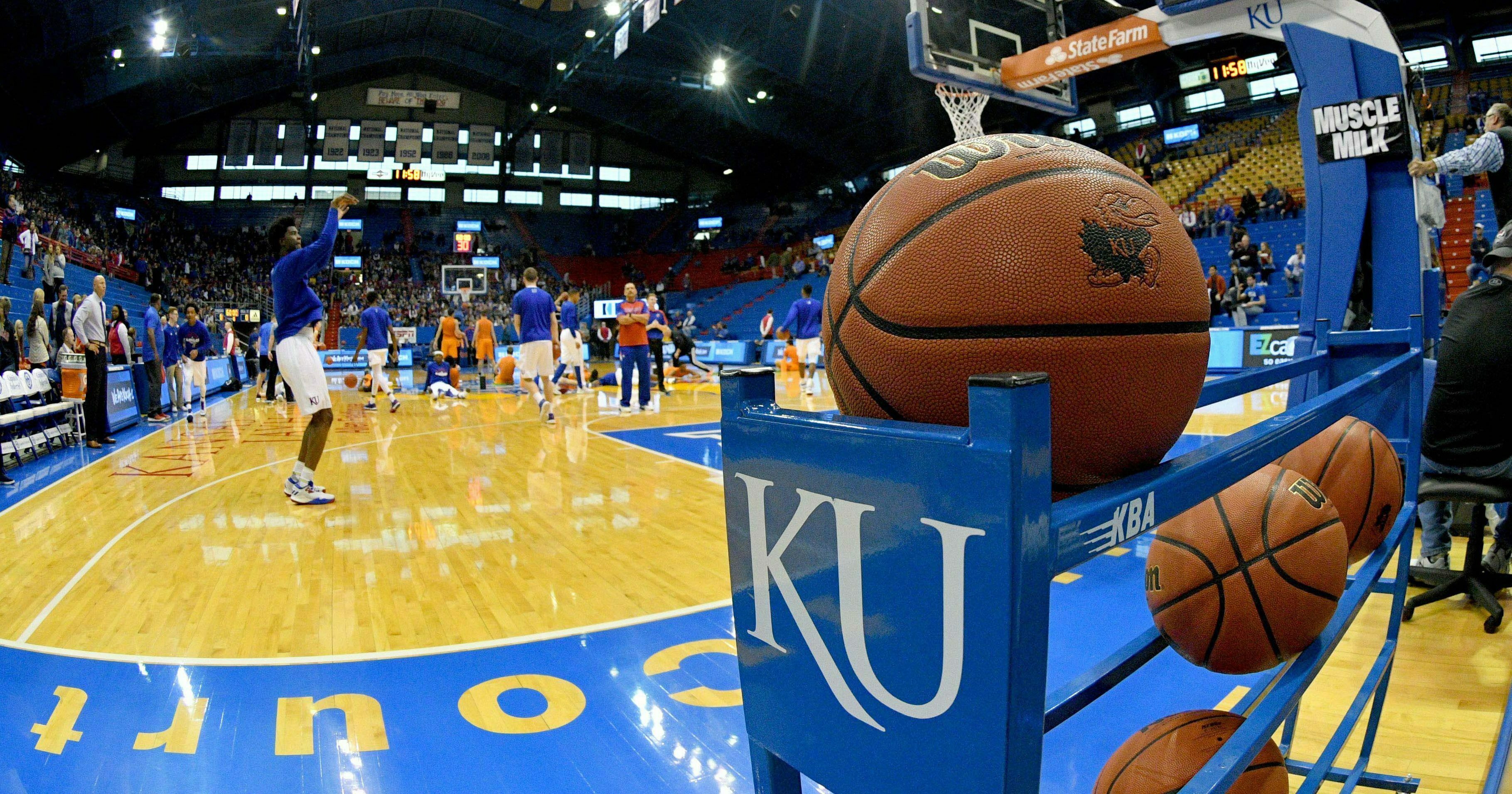 Since 2010, Kansas has played exactly three games in which it has shot more than 40 free throws and its opponent has shot 25 or fewer. Two of those three have come against Oklahoma State. Here is the list.

Weeeee! We decided we should discuss what in the world went down at Allen Fieldhouse on Saturday when KU tripled OSU’s free throw attempt total. Is that why OSU lost? No, but it warrants a mini-roundtable. Let’s get to work.

OK, on a scale of 1 to Tim Donaghy, how poorly did everyone feel like the OSU-KU game was officiated on Saturday?

I’ve got OSU vs Iowa Wrestling going on right now, but the KU officiating was garbage and the editor who let it come out is garbage! That’s all I’ve got to say. Makes me wanna puke.

I thought it was borderline awful. Fans already have a feeling they will get the shaft going into AFH, and Saturday didn’t exactly help. The Davon Dillard block was the most baffling in my eyes — seems he had made his mind up about it before it went down.

Remember when that Iowa State fan confronted Bill Self on the court because the calls were so bad in Ames? Had this been in Stillwater, Yelling Guy would’ve wandered on to the court.

I thought it was about a 7 on the scale, but that’s par for the course in Lawrence. OSU is hurt by the fact that their guards were beaten off the dribble early and often by Frank Mason and Devonte’ Graham.

I’d say a 7. Some amount of it is expected in Lawrence but that doesn’t make it any easier to swallow. When the home team is north of tripling the visitors in free throw attempts, it’s hard to ignore.

Pretty bad. Now I didn’t see it, I only listened to the broadcast, but Dave made it clear that there were questionable calls, and you could tell that it wasn’t because he was being a homer. He was being truthful. Plus the stats (comparing teams’ FT attempts) combined with their history there (e.g. KSU four step buzzer beater), I’d say it’s safe to say that officiating was certainly to KU’s favor.

I actually thought the officials called it pretty well when OSU was offense. But then they acted like Josh Jackson and Frank Mason were made of paper mache. Josh Jackson is 6’8 and looks like a linebacker and the refs were treating him like he was Muggsy Bogues!

Thought the flagrant on Lindy was weak.

I kind of agreed with Lindy’s foul.. can’t choke a guy out in game action LOL.

I think regardless of intent, you go around the throat you’re getting that call.

That tweet Gottlieb sent out is a good example. He erased it (not sure why) but it was four plays in which a player went straight up in the air but only the ones against KU were called. Don’t call any of them! You’re not the hero, Big 12 refs!

Can’t blame the loss entirely on the refs, KU made plays. But the entire game was the @Big12refs parody account come to life.