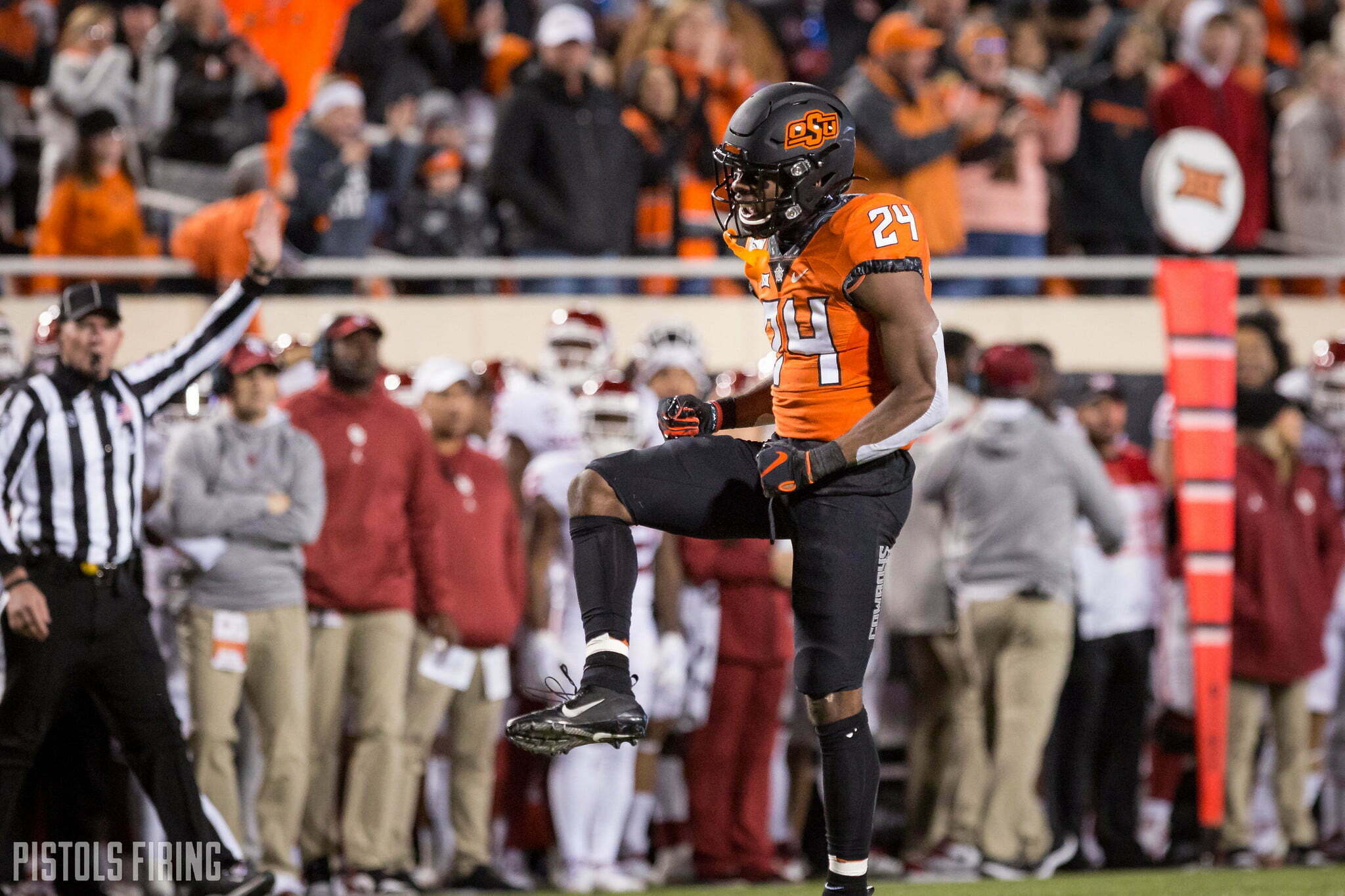 Does OSU land in the Pac-12, Big Ten, AAC or another league in this round of realignment? Should Bedlam stay even as OU heads to the SEC? Where is OSU’s best fit?

The PFB team convened on Wednesday hell-bent on answering all those questions in the latest installment of our ongoing roundtable series.

Boone: I’ll start with this: With all this conference realignment, where do you want OSU to land? I’m Team Pac-12. Geographically doesn’t make sense and financially maybe not in the best shape among other power leagues (to say nothing of the dread of a Pac-12 after dark lifestyle). But there feels like some semblance of stability there, and being in a league with USC and Oregon is something I can vibe with.

Marshall Scott: In all honesty, I wish there was some way for the Big 12 to stay together. I understand that’s not going to happen, so I think I’m in the Pac-12 camp. Top to bottom, the Pac-12 excites me more than the Big Ten in terms of football, anyway. Sure, Ohio State, Penn State and Michigan are all fun, but Purdue, Northwestern, Rutgers and Maryland don’t move my needle. The Pac-12 has fun games like USC, UCLA and Oregon and even games against Arizona, Arizona State, Washington, Washington State and Stanford sound fun. Monetarily, the Big Ten is the move, but taking that out of it, send me west.

Kyle Cox: If I was picking from other P5 leagues, I think the Big Ten is 1 and the Pac-12 is 2. This old guy doesn’t want to be writing recaps at 2 a.m., but either of those destinations feels like a huge win for OSU. The alternative is getting scooped up by the AAC or some watered-down version of the Big 12 with much lower $$ for all those involved.

Boone: I mean, if you were able to handpick a non-SEC league, the Big Ten is probably the best option financially, geographically, etc. I just don’t see it (and the Big Ten academic requirements lead me to think it’s not feasible anyhow).

Scott: I can’t determine which I like less, the cold or 9 p.m. kicks. Sorry boutcha, ACC.

Cox: To that point, I think it’s more likely the Pac-12. I can’t see the ACC making much sense, though it’s just as far as the P12. I think they just take WVU and hope Notre Dame will sign up if there are to be super conferences.

Boone: Rank the most likely landing spots for OSU.

Boone: / smiles through clenched jaw \ The AAC wouldn’t be that bad, right?

Cox: OSU was positing for this all along when they tried to pump up how big a rival Tulsa was a few years back. #FindANewBedlam

Scott: The ACC is already kind of full. If it took anyone, it would want it to be Notre Dame. Then West Virginia is the next most logical. So unless there is some sort of merger (buzz word from recent days), I don’t see it.

Scott: I meant ACC. I don’t wanna talk about AAC.

Boone: Would you rather talk about C-USA? I don’t like where this could head!

Boone: We did have one of our most successful game weekends ever when OSU and Central Michigan played in Stillwater.

Cox: Yeah, I can’t remember what happened. Just that it was an exciting game.

Scott: OSU is a Power Five athletic program, and it will stay in the Power Five. Or Power Four, or whatever it comes to be called.

Cox: I hope you are right. But there is an actual scenario in which that doesn’t work out, which is why I’m sure those inside the athletic department have been logging overtime the last several days.

Boone: Correct. OK, one last question: Should Bedlam continue? Do you want to keep it as an event in non-conference? I am planted firmly in the camp of keeping Bedlam if possible. I don’t totally get the argument against it but willing to listen.

Cox: I understand those who never want to hear Boomer Sooner played again as long as they live, but OSU needs marquee games on its schedule and a baked-in in-state rivalry is the best kind. Whether OSU lands in the Pac-12 or not, the school needs to increase its TV marketability and that’s already taking a huge hit thanks to OU-Texit.

Say OSU lands in the AAC. That doesn’t mean they still shouldn’t be pumping up their $$ appeal for future realignments/expansions. If you have a standing Bedlam deal that both teams agree to, that’s a feather in OSU’s TV cap when they are considered by other leagues.

Scott: I’m incredibly torn, as I see both sides. On one hand, I see the argument that OU royally screwed OSU in this and at some point OSU has to stick up for itself. On the other, nearly every memory of mine is from Bedlam. Unless I think about it, I don’t even remember who OSU played in the nonconference in 2018, but I remember that heckuva game in Norman. I don’t remember the Tech game from 2014, but I remember Tyreek’s punt return. I’m torn.

Boone: The loudest argument I hear from OSU fans is that not keeping Bedlam alive would be some sort of bizarro retribution against OU for leaving the Big 12 (and leaving OSU behind). It’s just a backwards theory, though. The program that would be hurt most by not having Bedlam is OSU.

Scott: Playing devil’s advocate, here: The argument is moreso what can OSU do after getting out from the Sooner shadow. I think I’m OK with maybe not playing it for, say, five years then going from there.

Cox: Unless OSU is going to be expected to run the table in the Pac-12 or Big Ten, that’s not a valid argument IMO.

Boone: I think I can totally get behind not scheduling OU for a few years. I mean, I’d like to keep it. Bedlam is an Oklahomie staple. But it’d be nice to not experience the annual heartbreak of Bedlam weekend — and to potentially see how far OSU could spread its wings without OU.

Cox: So you guys are talking about not having the automatic L on your schedule every year?

Scott: I’m willing to give it a chance.

Boone: Why do you hate OSU, Cox? (This is a good place to close. Thanks, fellas.)