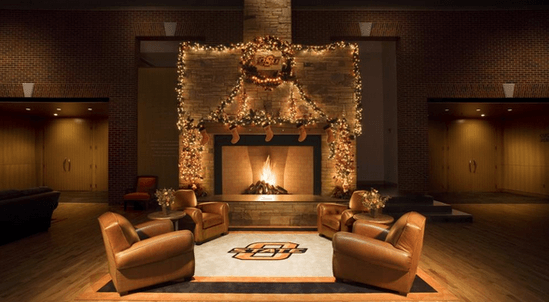 CBS has us out so I guess this is good (though it is still pre-Christmas).

Bracketology @ESPNLunardi has #OKSTATE at No. 36 which would be the final 9 seed in the bracket. #GOPOKES

#okstate up comfortably means Coach Littell is so happy he even wished the refs a Merry Christmas … And I'm not joking.

Is this the same campus I attended?

All the shades of orange.

Another semester has come to a close at #okstate. How do you plan to spend your time during the break? pic.twitter.com/330qv5YKj9

The most generic tickets ever?