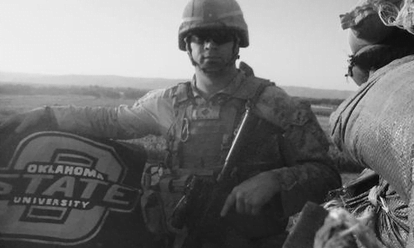 #OKState salutes those who have and continue to serve our nation this Veterans Day. Thank you! pic.twitter.com/x1h3ScJHqO

#VeteransDay Fact: During WWII, #OKState trained twice as many service personnel as all other OK schools combined. pic.twitter.com/tU531X6LNW

#okstate Gundy today: The Big 12 "slowly but surely over the next few years, will develop into what people thought about the SEC West."

I think this is the part we’re bad at.

Here is Phil Forte on a horse.

There's a first for everything

This is pretty cool.

Home of the Cowboys – Boone Pickens Stadium is a state-of-the-art facility that not only provides #okstate football with a unique game-day environment and a roaring home-field advantage, but also with unrivaled facilities for daily operations located in incredibly convenient proximities.

Probably the last time it’ll look that good for a while.