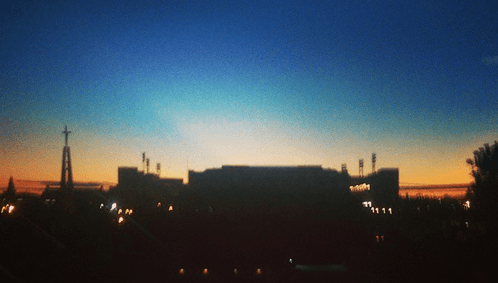 J.W. Walsh apparently out for possibly up to two months. As if #okstate didn’t have enough problems.

I'd say @RickieFowlerPGA is @RyderCupUSA ready. Top 10s in 6 of his last 7 starts and 62-under par in those 7 events #okstate

I think we all know..

No official word from #okstate on JW Walsh's injury status tonight, but I was told to plan on word coming tomorrow from OSU.

So much yes. That Weeden-Luck matchup was college QB heaven.

I saw Andrew Luck make that throw 2x in Fiesta Bowl vs #OKState. It was like seeing Zoolander become an ambiturner. "My. It's glorious."

Morgan Hoffmann went 62-63 this weekend to get into the Tour Championship. It was nuts.

#okstate MT @NoLayingUp: The real payoff for Morgan Hoffman shooting 62-63 isn't getting in the Championship. It's getting into The Masters.