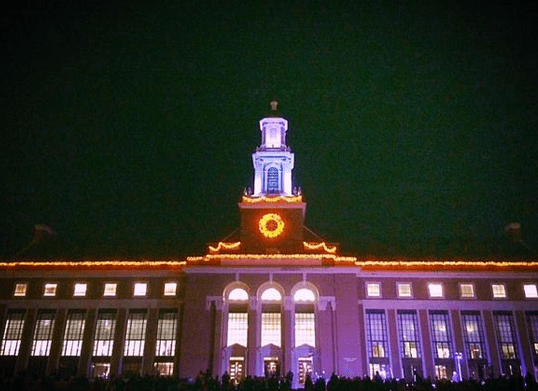 Might be his only strength.[1. Kidding, kidding. I love Gundy.]

People are frustrated w/Gundy but his best strength is hiring positional coaches. We get raided every year, this skill is critical. #okstate

Yep, yep. Both of these things.

It's been a year. #OKstate RT @Lauren_Rew: Just attended my first press conference for Mike Gundy….my god that was awkward.

Legitimately the most confusing #okstate tweet I’ve ever seen.

But I bet Gundy still thinks he’s fooling him.

Here's what Bob Stoops had to say about #OkState QB Mason Rudolph. He isn't fooled by Gundy's antics. pic.twitter.com/4wwtYP6Kns

I badly want Gundy to do commentary on his own press conferences like actors do on their movies in the "extras" portion of the DVD. #OKState

The next time I get pulled over:
Officer: "Do you know how fast you were going?
Me: "I don't ever discuss personnel decisions." #okstate

The third annual Fanfare of Lights has concluded, and #OKState is officially lit for the holidays! pic.twitter.com/DfEr7PZ5Hy

So what are the odds that this Saturday will be Mike Gundy's last at the head coach at #okstate?

Clarification: Multiple people tell me Garman and Gundy's niece are dating — not married. I RT'd that earlier, reiterating now. #okstate

This Coke machine gives you a free drink if you give it a hug?

Too cool! This Coke machine in the Union gives you a free drink if you give it a hug! #okstate

The OSU Christmas decorations are coming.