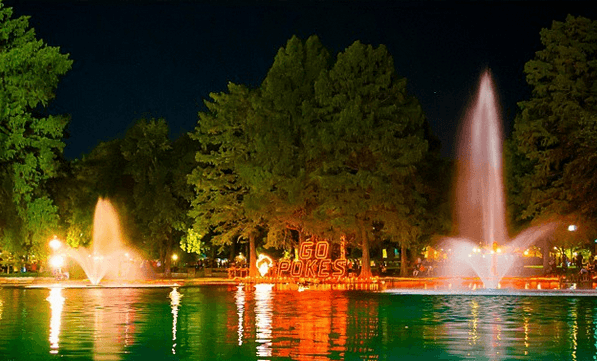 so proud of my pumpkin?? #OKState #PistolPete pic.twitter.com/e7i9scSRnV

The #Royals have put up as many seven spots as the #OkState offense has the past 10 quarters. #TakeTheCrown

Probably the coolest photo I’ve ever seen of Theta Pond.