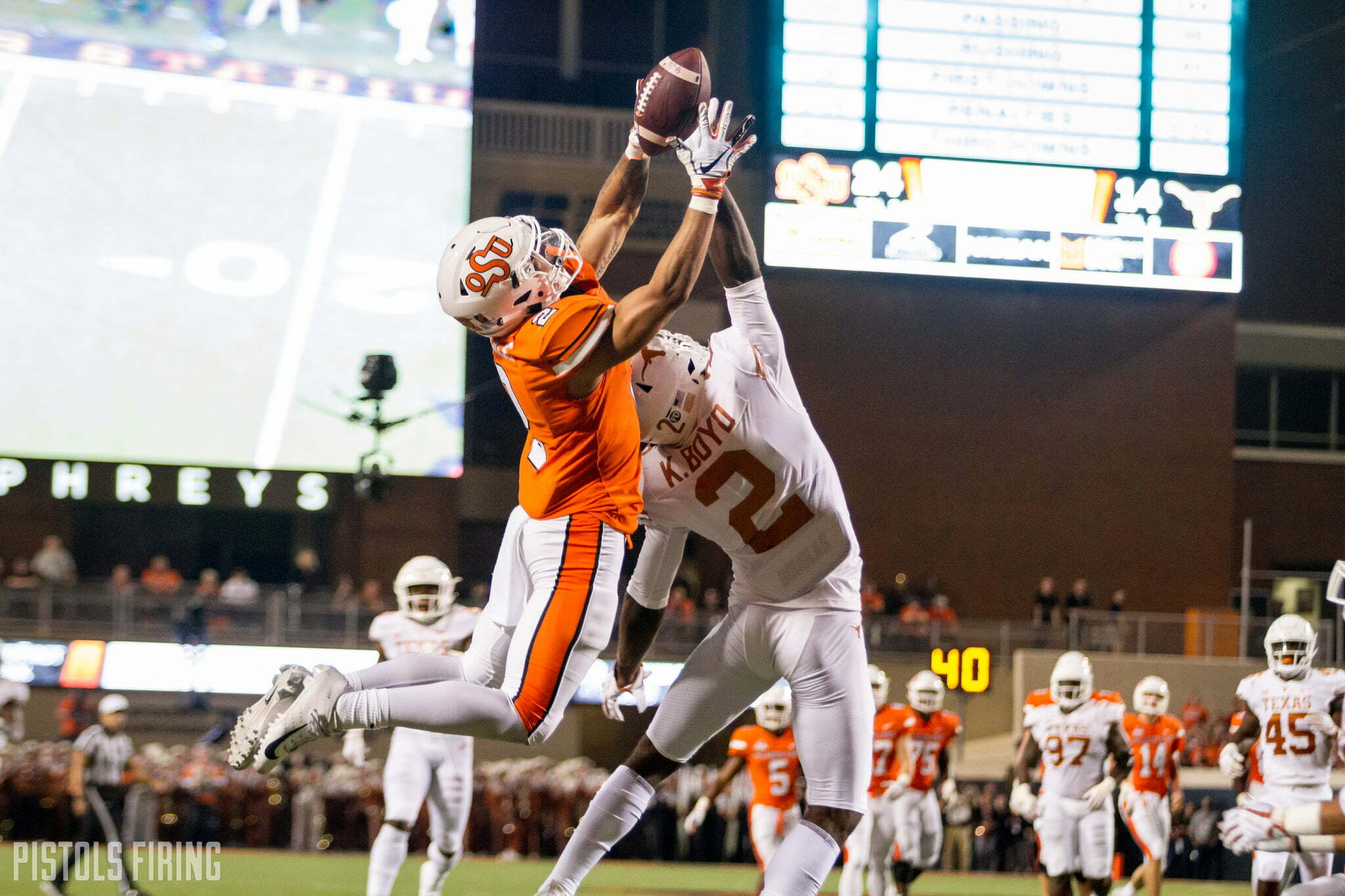 There are many things I don’t understand about Oklahoma State football. Like, how good is OSU? Or, where is this Barry Sanders statue that we’ve been told about?

So, with that said, here are some things I think I learned about OSU football this season.

1. Tylan Wallace is the Truth

As a freshman in 2017, Tylan Wallace had some nice, timely catches that showed his promise moving forward.

But, off his seven catches last season, no one could’ve predicted Wallace would be a Biletnikoff finalist a year later. Even when he wasn’t a surprise to defenses anymore, Wallace was still ripping off 200-yard performances against Oklahoma and Texas late in the season. And he was doing stuff like this:

If you would’ve told me before the season that OSU would beat Boise State, Texas and West Virginia, I would’ve used that knowledge to predict another 10-win season.

Likewise, if you would’ve told me OSU would lose to Texas Tech, Iowa State, Kansas State, Baylor and TCU, I would’ve guessed this was one of the worst teams in school history. But since both of those things happened, .500 was probably about right.

You could argue, “Well, if OSU got up for those games against the lesser end of the conference, they’d have been really good this season,” but that’s why you play the games.

3. ‘Defense Wins Championships’ Is For Someone Who Isn’t Fun at Parties

Michigan State, a bowl bound Big Ten team, scored 237 points this year. Kansas, the laughing stock of Big 12 football, scored 286 points this season. Give me a Jayhawks’ game every day of the week.

Watching offenses score is just more fun than watching defenses not let offenses score. In OSU games this season, 850 points were scored, and that’s a good time. Vanderbilt, the SEC’s only 6-6 team, had 633 points, and I’m sorry but that’s just not as fun.

Now that I’m off that rant, the OSU defense had some good moments.

Don’t get me wrong there were also plenty of not as good moments, but the Cowboys held Boise State to 7 points in the first half only 21 in an entire game. OSU held K-State to 3 points after two quarters, a performance the OSU offense should’ve been able to take advantage of. And TCU had only 7 points at halftime, as well.

Some kinks definitely need to be worked out, especially experience in the secondary, but there is a tiny beam of light at the end of that dark tunnel.

5. The OSU Equipment Staff is Among the Best in the Country

If you haven’t listened to the podcast with OSU’s director of football equipment operations Justin Williams, do it.

We see how good OSU’s uniforms look on Saturday’s, but it was cool hearing from the people behind it and how passionate they are about it. The Pokes were decked out all season. Obviously the homecoming unis were the crème de la crème, but there wasn’t one uniform this season that I wasn’t downright disgusted with.

I think the Bedlam black/white/orange combo will be overlooked after this season because everyone will remember the throwbacks, so to commemorate them, here is the future rocking the look. 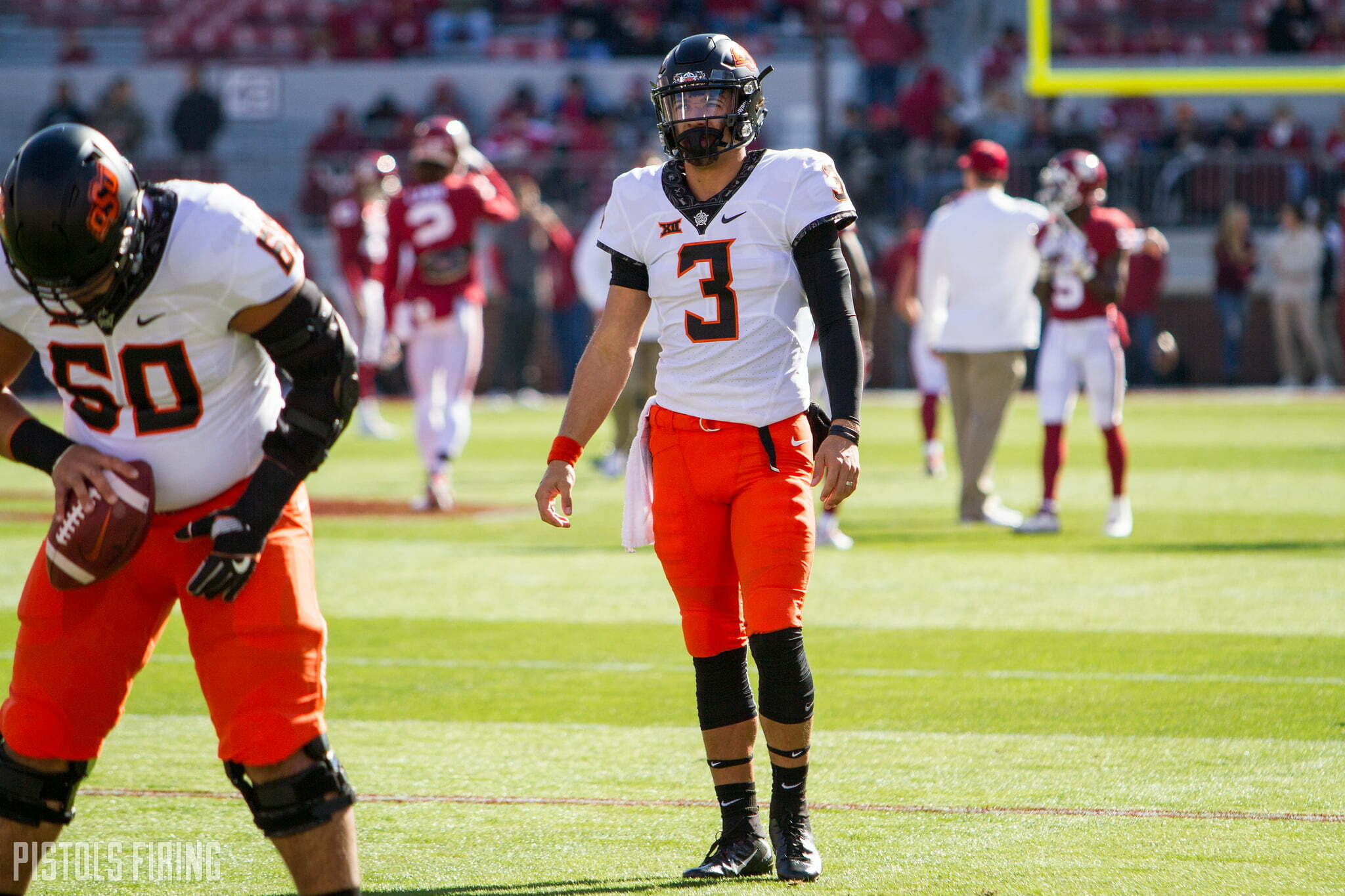