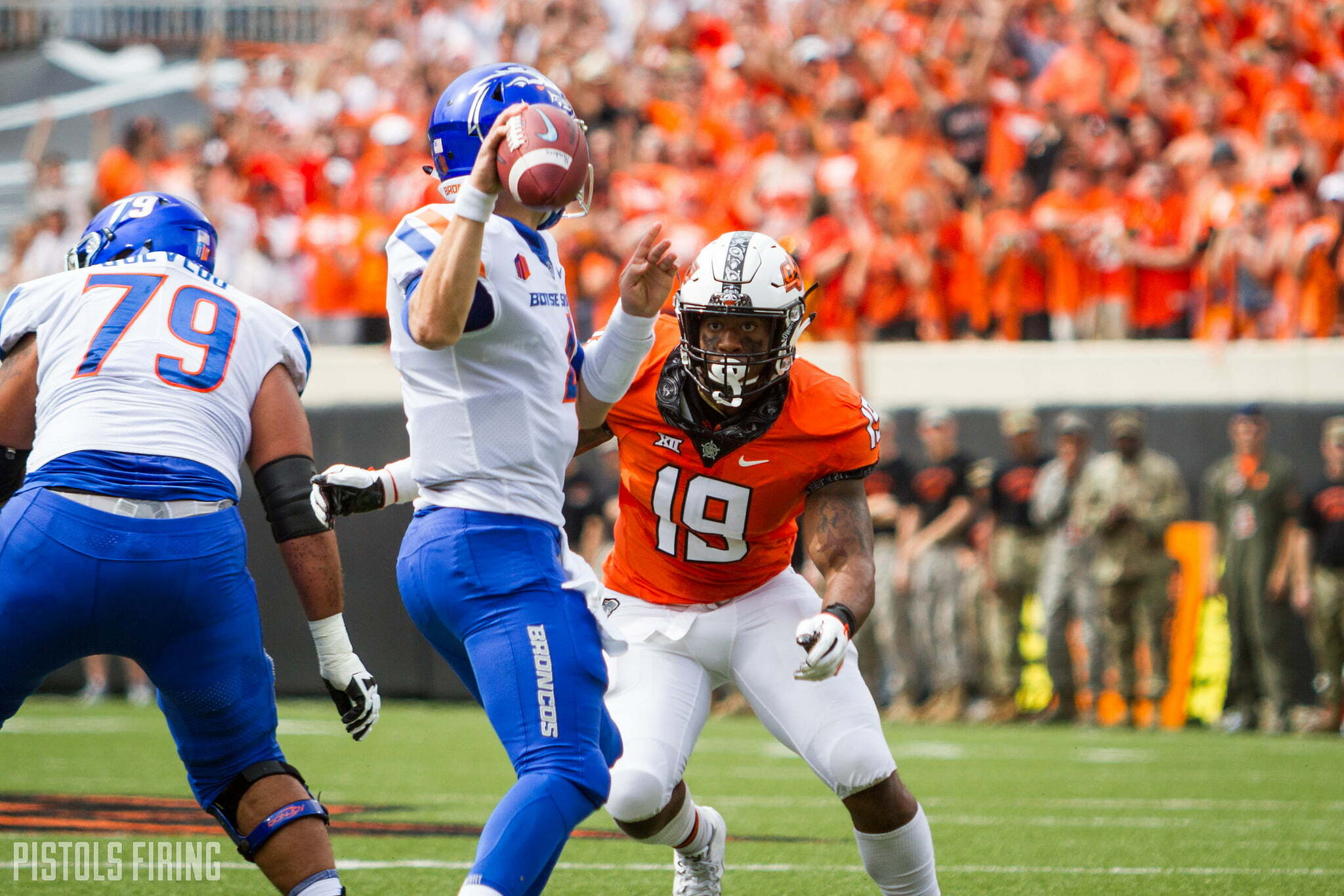 Oklahoma State’s group of linebackers lost a team leader in Chad Whitener from last season, and on top of that, the defense as a whole had to adjust to Jim Knowles’ 4-2-5 system.

It wasn’t a terrible year for the group, as the unit’s starters led the team in tackles, but there is definitely room for improvement considering the Cowboys defense gave up the third-most yards per game in the conference. Here are my season grades for the Cowboy linebackers.

Justin Phillips is a guy who isn’t too flashy, but was a solid tackler for the Cowboys all season. Phillips led OSU with 92 tackles in the regular season.

In total, linebackers accounted for 284 of OSU’s 797 tackles this season, that’s about 36 percent. Phillips, Kenneth Edison-McGruder and Calvin Bundage all finished in the team’s top four in tackles with safety Malcolm Rodriguez.

Phillips was sure-footed all season, not letting many guys get away from him with plays like this:

Penalties were also a thorn in Bundage’s game this season with blatant facemasks like this:

It seemed like every time Bundage had one of these:

He added another of these:

This is an area OSU’s defense, as a whole, struggled with this season.

Linebackers had one interception and forced three fumbles in the regular season, but even more than that there weren’t many plays that stuck out as game-changing.

This Amen Ogbongbemiga sack had the potential to be a play of the season had the Cowboys been able to pull off the Bedlam upset, but, like Chad Whitener’s fourth-quarter interception last season, the Cowboys eventual loss hampered the play’s impact.

No one can roast a Big 12 defense too hard for not having enough game-breaking plays given how dynamic the offenses are, but this seemed like an especially down year for big defensive plays from OSU.

The OSU linebacker group had an interesting dynamic this season. There’s a posterboy for consistency in Justin Phillips and Calvin Bundage, who is consistently inconsistent.

The group seemed to do its job most of the season, but it didn’t go much further beyond that.