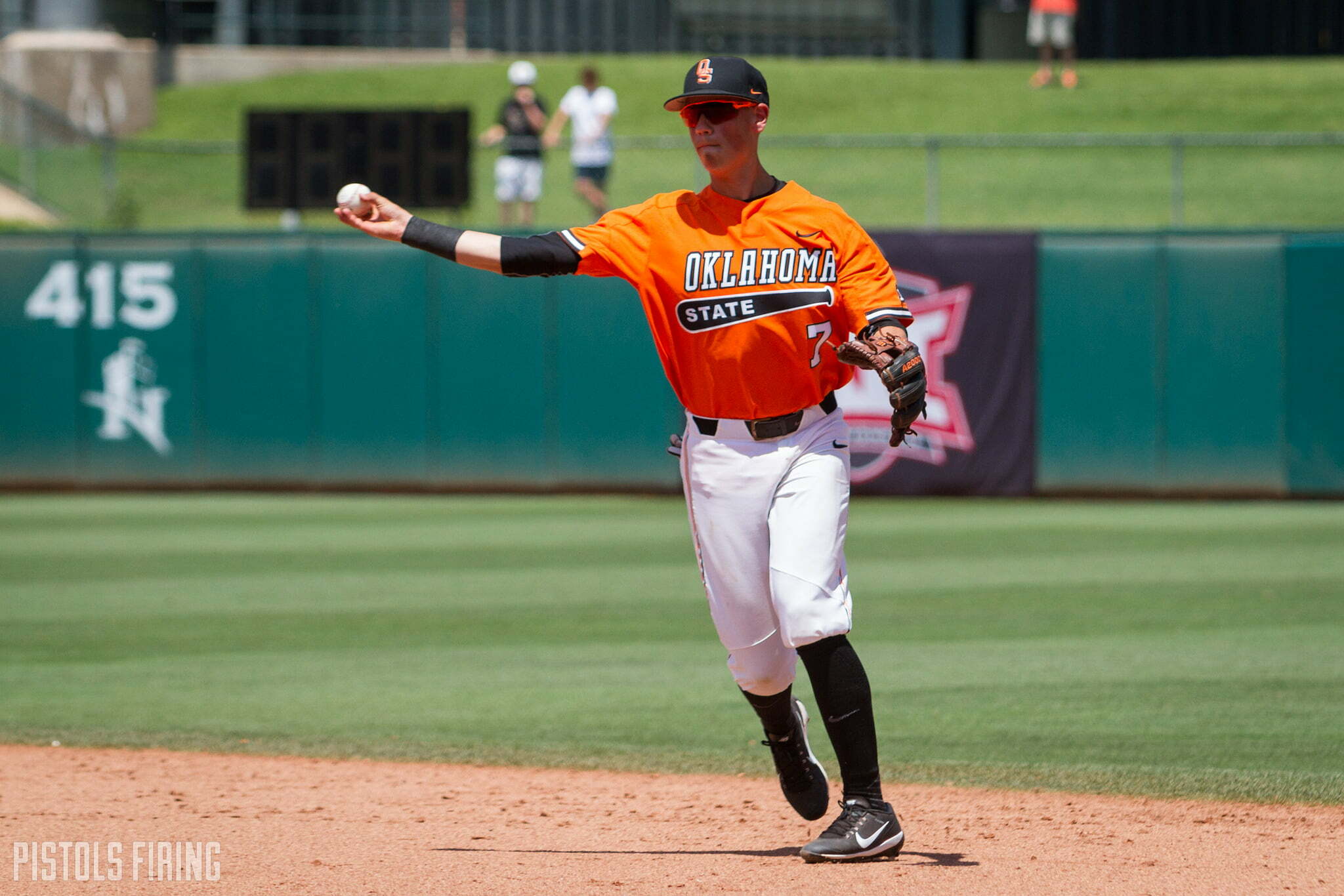 It maybe wasn’t as dominant as it could’ve been, but the Cowboys start the season with a series victory.

The Oklahoma State baseball team starts 2-1 after the No. 16 Cowboys’ trip to Edinburg, Texas, to take on UT-Rio Grande Valley. Here is a recap of the weekend action.

Game of the Series: Game 3

The series rubber match was a defensive struggle.

The first run came in the fifth when OSU left fielder Carson McCusker hit a solo home run over the right-field wall. The Cowboys added another run in the sixth inning, as Dylan Gardner hit a two-out RBI single that scored Bryce Carter. Carter then got the Cowboys’ final RBI in the seventh, scoring Andrew Navigato off a single to left field.

Mitchell Stone started on the bump for the Cowboys. The lefty threw 5 1/3 innings, allowing two hits and striking out six. Peyton Battenfield, Nate Peterson, Joe Lienhard and Ben Leeper all came in, in relief Sunday. The bullpen combined to allow one run off six hits to go with five combined strikeouts.

Leeper, who was awarded his first save of the season, got in some trouble in the ninth. The Vaqueros got two men on with one out, but Leeper was able to force a double play to end the game.

Bryce Carter (6-for-12) and Max Hewitt (5-for-10) each ended the Cowboys’ season-opening series with a .500 batting average. Carter was the Cowboys’ designated hitter Friday and Sunday. He started at catcher on Saturday in a game he went 0-for-4 at the plate, meaning as a DH, he was 6-for-8 this weekend. Carter also ended the weekend with a team-leading four RBIs.

Hewitt had multiple hit games Friday and Saturday, with his best game at the dish coming Friday where he was 3-for-4 with two RBIs and a run scored. He also drew three walks.

The Pokes ended the series with four doubles, a triple and two home runs.

Batting average-wise it wasn’t a great weekend for star returner Colin Simpson, at .154, but Simpson finished the weekend with three RBIs, two of which came from the team’s only sacrifice flies.

Starting pitchers Jensen Elliott, Logan Gragg and Mitchell Stone threw a combined 11 1/3 innings where they allowed seven runs off 10 hits while striking out 12.

Gragg, a transfer from Connors State, had a tough first outing as a Cowboy. He started Saturday and threw only two innings and gave up four runs.

The OSU bullpen allowed only two runs this weekend and struck out 16 Vaquero batters.

The Cowboys host Little Rock on Tuesday in what will be the final opening day in Allie P. Reynolds Stadium history.