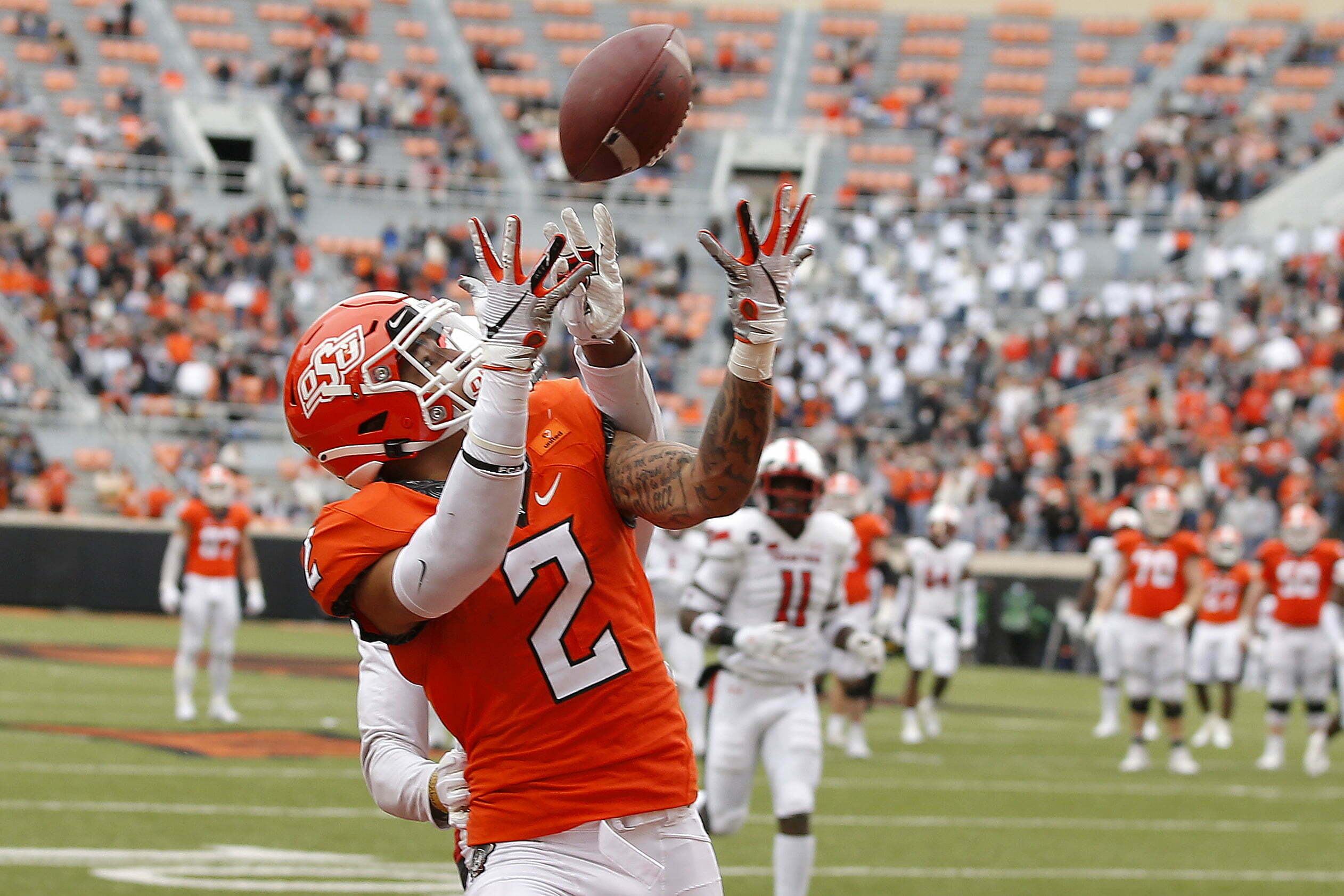 The Big 12 announced its all-conference teams Thursday, where seven Cowboys made the first or second team.

Tylan Wallace and Teven Jenkins each made the All-Big 12 first team.

Wallace was a second-team selection as a junior in 2019 despite missing the Cowboys’ final four conference games with an ACL tear. He made the first team as a sophomore in 2018.

In his senior season, Wallace has a Big 12-leading 877 receiving yards on 53 catches. He has also played in just eight games (not including the hands team showing against Kansas State).

Jenkins becomes the first Cowboy offensive linemen to make an All-Big 12 team since Brad Lundblade and Zach Crabtree did so in 2017.

Chuba Hubbard made the All-Big 12 second team despite being hampered with injuries this season. He played in just seven games yet finished third in the league in rushing with 625 yards.

Ogbongbemiga’s 77 total tackles this season ranked fourth in the Big 12. Rodriguez was two spots behind with 73 tackles.

Harvell-Peel’s and Williams’ stats won’t jump off the screen because they were more often than not locking guys down to the point where they weren’t getting thrown at.

Miraculously, Tre Sterling was only an honorable mention. Sterling finished the regular season tied for 10th in the Big 12 in total tackles with 61.