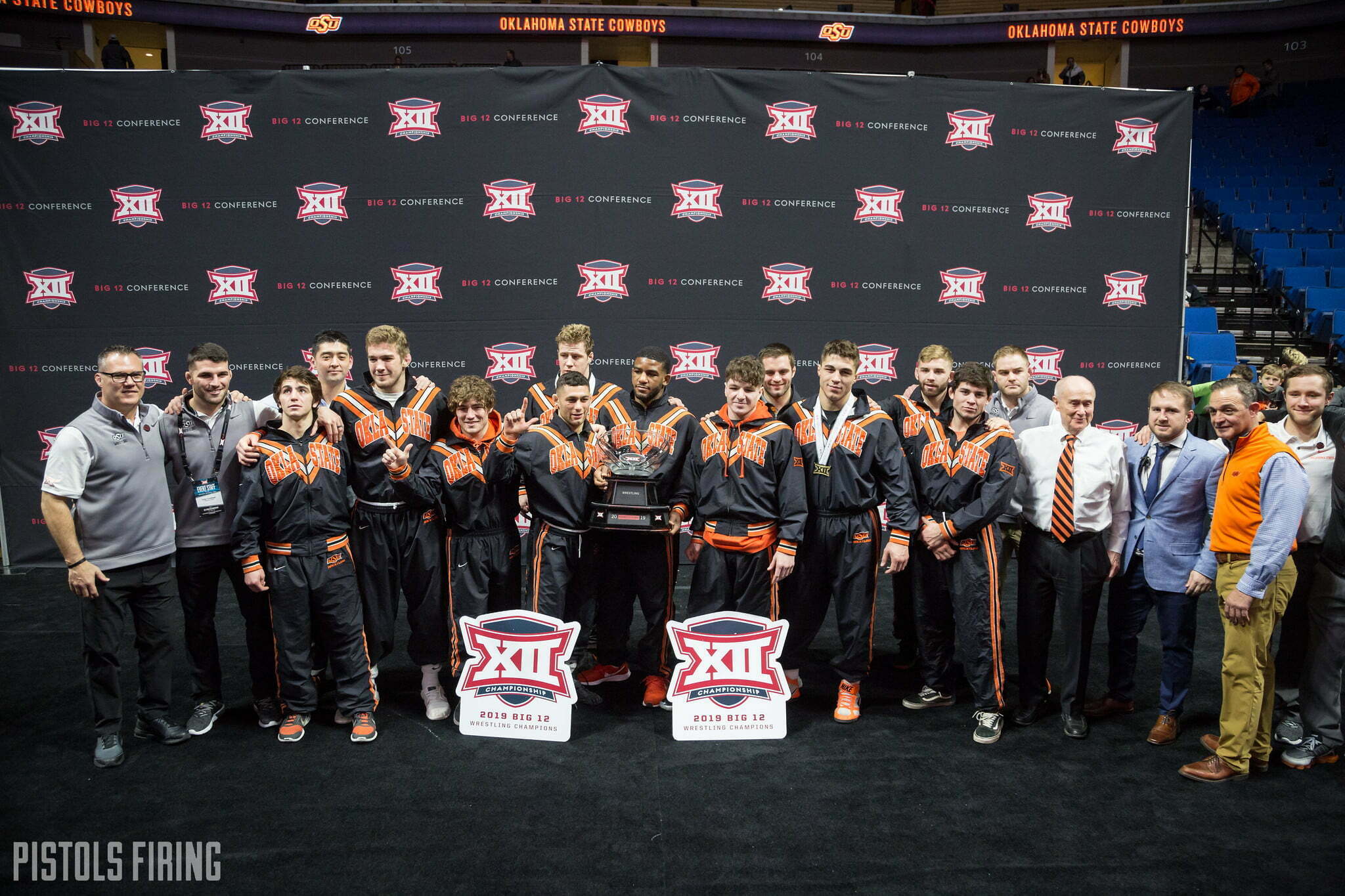 NCAA wrestling practice officially started on Thursday October 10th. OSU has a number of intriguing storylines surrounding this season. Here are seven questions for the Cowboys to answer as they head into the start of competition next month.

1. Will Daton Fix Redshirt? Daton Fix is eligible for an Olympic redshirt this season. The NCAA runner up from last season has said he’s leaning toward taking it, but has yet to make a formal announcement on a decision. His announcement will have huge implications for the Cowboys this season and even more specifically into the future when OSU will bring in the top recruiting class in the country next year to team up with Fix. The big question is just how long will Fix be with that group? This redshirt decision will determine a lot for the current and future roster at Oklahoma State.

2. How healthy is Boo Lewallen? I don’t think there’s anyone out there who questions Boo Lewallen’s talent as a wrestler or his work ethic. He has both in spades and when just looking at those two things it’s easy to view Boo as an NCAA title contender at 149. How is his recently repaired shoulder going to hold up though? The All American has had injury after injury throughout his career and after a few surgeries is looking to step back in where he left off and get back on the podium at the NCAA tournament. If he’s healthy, the sky is the limit, but just how healthy is he?

3. What does OSU have with Anthony Montalvo and Travis Wittlake? OSU’s top two recruits from the 2017-2018 recruiting class are coming off their redshirt seasons and look as though they’ll be inserting themselves in the starting lineup this season. Wittlake is listed on the roster at 165 and Montalvo at 184. Most project the pair to be the starters at those weights with Joe Smith moving to 174 and Dakota Geer to 197. Redshirt seasons are always tough when you’re trying to gauge what a wrestler will do in their career, specifically when those seasons are wrestled at different weights, Wittlake was at 174 last season. Just where are these guys at, and what should we expect out of them going forward? Their performance this year should give us a good indication here.

4. Will Kaid Brock be back? This subject actually opens up into a few more questions for the Cowboys. Kaid Brock injured his knee a few months ago and will be out for a bit. Is he done for the year? Will he receive a medical redshirt? Who steps in at 133 in his absence? If Fix doesn’t redshirt then he’s the easy answer with Kaden Gfeller at 141, but do they pull Witcraft’s redshirt early? If they don’t it looks like Conner Wilson may be the favorite to step in if Witcraft redshirts. This will definitely be a storyline to follow all season.

5. What will Joe Smith do this season? In probably the most controversial coaching decision in recent OSU wrestling memory, the Cowboys had All Americans Joe Smith and Chandler Rogers wrestle off just before the Big 12 tournament to determine the starter at 165 pounds. Joe went on to finish fifth at the Big 12 tournament then won three matches at the NCAA tournament and did not place. Joe’s now projected to go 174 this season. Will he be better up a weight? Will he be healthy all season? Can he get back to All-American status in his final season?

6. How will Kaden Gfeller fare at 141? With Kaid Brock hurt and Daton Fix likely redshirting it looks like Kaden Gfeller will be heading back down to 141 and taking over at what is seemingly a more natural weight for him. His redshirt season at the weight was stellar. He only had losses to Dean Heil, Jaydin Eierman, and Kevin Jack. He had a good start to last year at 149, but did falter a bit late going two and out at the NCAA tournament after coming in as the No. 7 seed. Will a season at 141 be more manageable for him? Are there some adjustments he can make coming off last year to peak at the end of the season?

7. Can OSU win another Big 12 title and another team trophy at the NCAA tournament trophy? Answers to all of the questions above will ultimately be what decides these two things. For the first time in a long time there is another contender for the Big 12 title in Iowa State. The Cowboys will need to perform well to bring the conference trophy back to Stillwater again. They’ll need Kaden Gfeller and Boo Lewallen at their best. They’ll need good freshmen seasons from Montalvo and Wittlake. And they’ll need Joe Smith back to his form from earlier in his career. The same can be said for a NCAA tournament trophy. The top four bring one home. Can the Cowboys put together a performance to grab another?