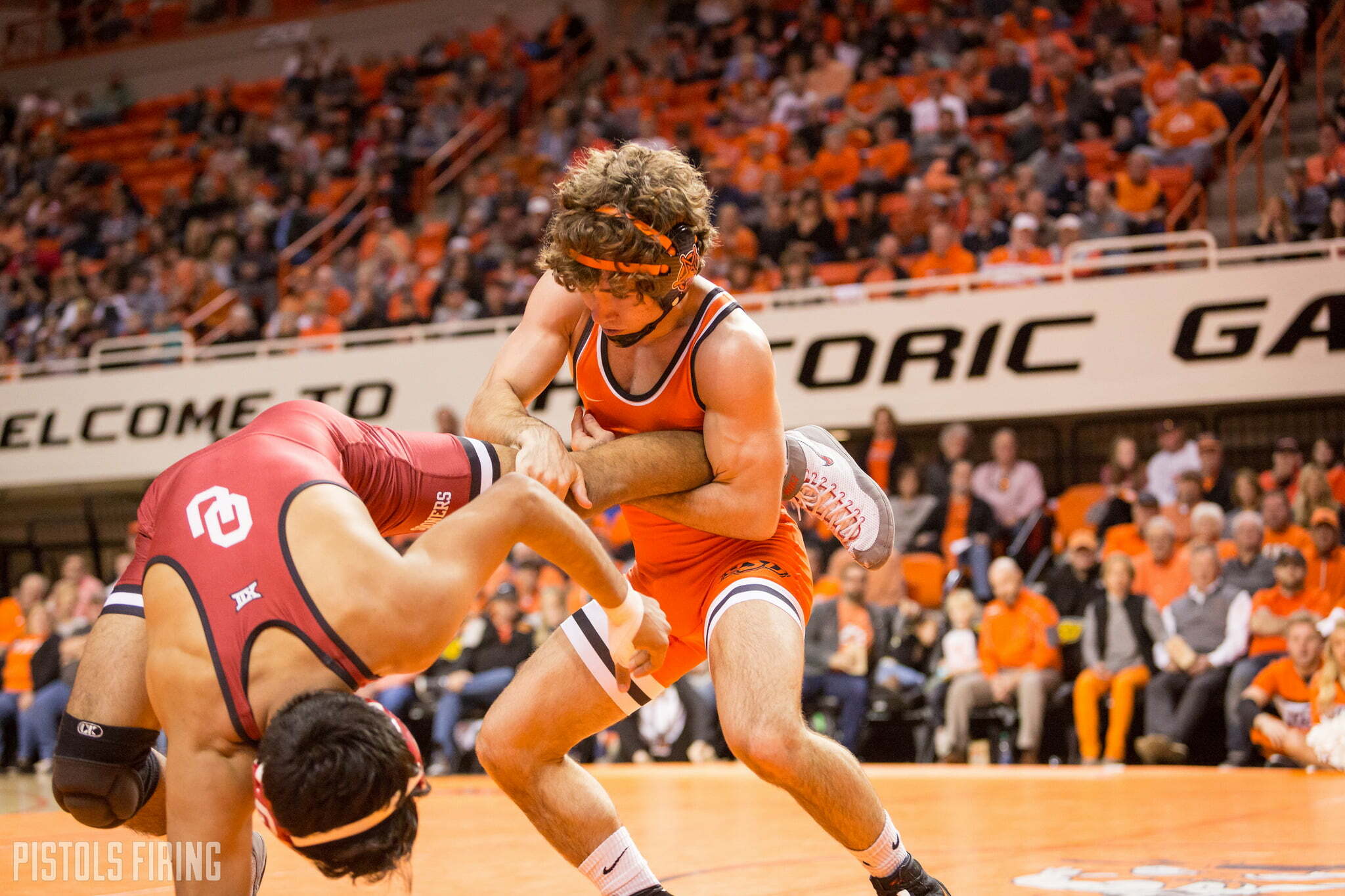 It’s a bit forward thinking to start talking about next wrestling season when we’re squarely in the middle of the 2018-19 campaign. Flo put out a list of guys that are eligible for an Olympic redshirt, though, and it brings up some interesting discussion.

Daton Fix, by virtue of his World medals, is one of the guys eligible for an Olympic redshirt here. Even if you don’t take it, you can still wrestle the Olympics, but it allows you to train separately if you want and not lose a year of eligibility.

This past summer he made a very impressive run for a Senior World Team spot where he ultimately fell to Thomas Gilman in a best of three series at Final X. If he goes for it he would have a very real shot to make the Olympic team in 2020. But … should he?

1. Daton could make the Olympic team: The kid could certainly make the team, and taking the Olympic redshirt to solely focus on that gives him a better shot. For a person in his position the window of opportunity to make these teams is small so when you have a chance you don’t want to miss it. It’s also good for the program as a whole to have Olympians and him making the team is a positive for OSU.

2. Break the Logjam: There is a logjam at the lower weights that could be fixed with Daton taking a redshirt year. To start the season Kaid Brock was at 141 with Boo Lewallen at 149 and Kaden Gfeller left out of the lineup. Kaden Gfeller is a top five wrestler at 149 that wasn’t even starting at the beginning of the season while down at 141. If Daton takes a year off where he loses no eligibility it could allow Kaid to cut back down to 133 and Kaden to go to 141 while Boo returns to 149. It would maintain a very strong lineup for OSU and really leave no one out. Then when Seniors Kaid Brock, Nick Piccinnini, and Boo Lewallen all graduate, Daton would reenter the lineup.

3. Recruiting: Daton Fix is a recruiting asset. He’s a very likeable kid plus he’s really good. Other wrestlers want to be around that and want to be on a team with a guy that has that level of talent. Dustin Plott, Trevor Mastrogiovanni, and Konner Doucet are already committed and currently high school juniors. If Daton takes an Olympic redshirt they’ll  have three years on the roster with Daton and will be coming in as freshman while Daton is a sophomore eligibility-wise. That’s a big selling point to young recruits that want to win team titles because now you have one of the best wrestlers on the planet as a teammate for an extra year.

1. It weakens next year’s team: On paper OSU has a chance to do some big things next year. Both Ohio State and Penn State graduate a lot of their top guys. OSU will as well, but they return enough to have a reasonable shot at a team title especially if some of the other programs have guys opt to take Olympic redshirts. Though the lineup I spoke of earlier with Piccininni, Brock, Gfeller, and Lewallen would be a very good one, I’m looking at it with the assumption that Brock can and would go back down to 133, which he may not want to. Even if he does, a lineup with Fix in it is likely a cut above one without him.

2. One less year with your boys: It’s pretty heavily documented that Kaden Gfeller and Daton Fix are best friends who have been wrestling together for most of their lives. I’m sure Fix has also developed a good relationship with many other guys in the program. The travel and time spent with friends on the team can be one of the more enjoyable elements of the sport of wrestling. It’s not some major issue when you compare it to his opportunity to live an Olympic dream, but missing out on the camaraderie of a sophomore season with his friends would be a minor casualty of an Olympic redshirt.

3. OSU loses some of his presence in the room: If he does take this redshirt, Fix will still be training at OSU to some level, but will have an entirely different schedule designed by John Smith to give him the best possible opportunity to make the Olympic team. He also will often be training at the Olympic Training Center and other locations that keep him away a lot.

He really won’t be embedded into the program quite like he is when wrestling a full college season. I wrote about a change of tone we’ve seen with the team and program. They need to maintain that and if Daton is one of the catalysts creating that, it’s a negative not to have him around as much.

The decision likely isn’t even on their radar at the moment and probably depends some on how the 2019 World Team Trials go. But I would guess they start with a plan of Fix taking the Olympic redshirt, then if they feel it’s in the best interest of Fix and the team they’ll pull the shirt and wrestle him.

Kyle Snyder started off taking an Olympic redshirt in 2016 then late in the season opted out of it and won an NCAA title and Olympic gold medal. I think OSU may take a similar approach in allowing Fix to focus toward his goal of an Olympic bid. Ultimately if they see and feel that wrestling him could help the team win a title, or in whatever way is more advantageous for him personally then they’ll wrestle him.

Redshirt freshman Travis Wittlake is one other Cowboy eligible for the Olympic redshirt.