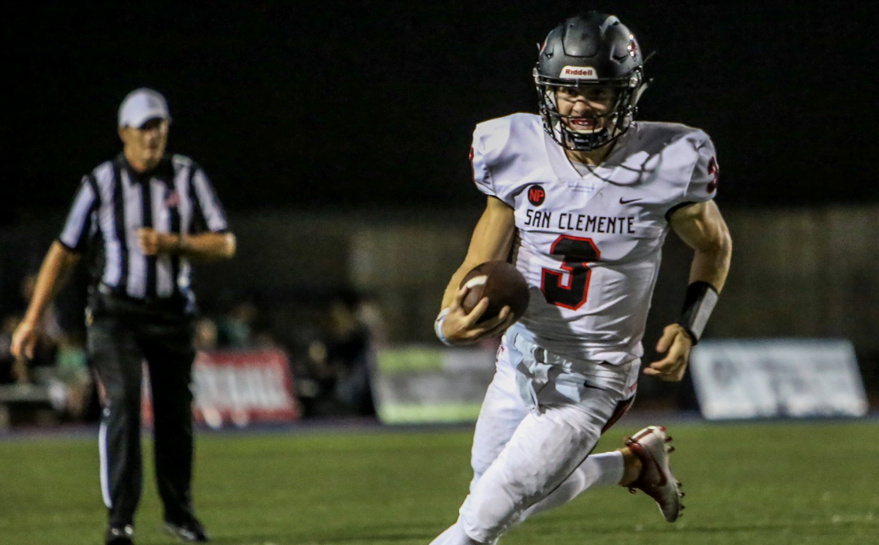 The 19-man commitment class for the Cowboys all submitted their National Letters of Intent on Wednesday morning, leaving OSU with one piece here or there — maybe a Langston Anderson, hopefully a Deondrick Glass — to put the finishing touches on the cycle.

With the first wave of commits-turned-signees in the house, let’s look at some of the superlatives of the class.

Isuman-Hundley is still pretty raw, mostly because football is pretty new to him. The Nigerian native picked up basketball after coming to the states, then switched to football — first at receiver, then to defensive end — where he developed into a Division I prospect.

“I didn’t know anything about football,” he told USA Today. “When I was in Nigeria, that’s not what we called football. At first, they put me at wide receiver, which didn’t work out well.”

Isuma-Hundley is a 6-5, 230 pound player who has a ton of upside, a nice frame and a limitless ceiling. Because he is so raw it’s intriguing to see what a college training program and high-level coaching will push him to become.

I know, I know, I’m taking the easy road by picking the quarterback of the class. But it’s true! Brendan Costello, the 6-foot, 183 pound signal caller, has All-Big 12 potential. He’s a dual-threat talent who nearly rushed for 1,000 yards as a senior. He can make plays with his strong arm by pushing the ball downfield, but his ability to tuck it and run and move in and out of the pocket reminds me a lot of a Johnny Manziel/Baker Mayfield type of player. If he gets close to that level (on the field, of course), he can be special. (I would definitely take Costello over most any Arkansas policemen in a foot race, just for the record.)

This has as much to do with need as it does talent, as J.D. King’s departure and Justice Hill’s decision to skip his final year for the NFL leaves Dezmon Jackson with playing time to seize.

Chuba Hubbard *seems* like he will be the workhorse in OSU’s backfield next season, but even so, Dezmon Jackson figures to have some role carved out for him. A junior college transfer who weighs in at 220 with a 6-foot frame, it’s possible he develops into Chuba’s thunder — much in the same way that Chris Carson was once the thunder to Justice Hill’s lightning.

The wicked-awesome mop alone should give him a leg up in this category alone. Not even hating. This lettuce is glorious! 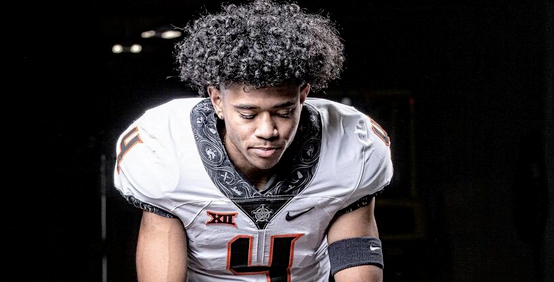 But wait … can I interest you in he and his hair … riding a horse?! This hasn’t gone viral, but should. Wouldn’t surprise me at all to see this on a TV broadcast at some point down the road. 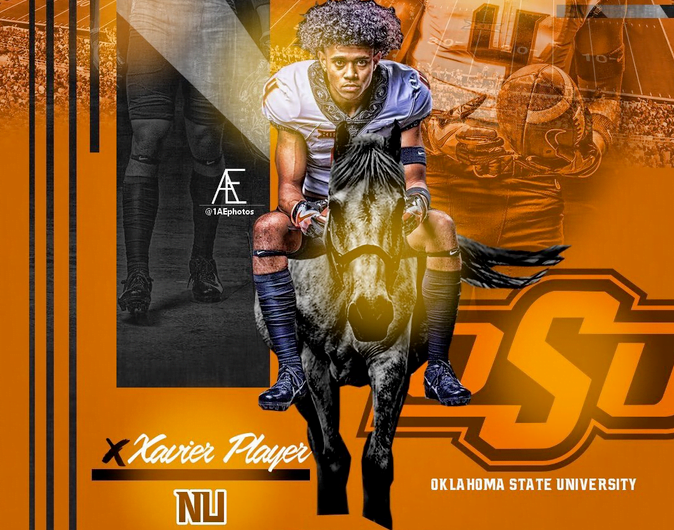 Even if Player doesn’t go viral for this, he definitely has the potential to at some point. He’s probably No. 1 in the “most likely to poke a teammate’s eye out with his hair” award category, too.

Yes, Thomas Harper is the second-lowest ranked commitment in the 2019 class. But he’s a diamond in the rough. He was a stud for Karns High School playing receiver and corner, and should be able to make a nice transition into OSU’s defensive secondary either at corner or safety.

Harper didn’t have any major offers — though at one time there was a grassroots campaign by Tennessee fans pleading for Jeremy Pruitt to offer him — but that’s good fortune for OSU that he didn’t slip into a national recruit status. I’m sold on him becoming a much more productive player than his ranking would indicate.

At 6-6, 230, Kody Walterscheid can hardly be seen if you glance at him one direction. He’s basically a toothpick. And yet, he’s still larger than what his brother, Cole, was when he committed and signed with Oklahoma State.

I don’t see Kody being an instant contributor — it’s going to take time and development to get him on the field — but he has a chance to be a starter for the Pokes as an edge rusher down the road. Wouldn’t surprise me at all if he’s a starter as a defensive end in 2020, despite being the third-lowest ranked signee of the class.

Call me a sucker for do-it-all athletes (I totally am), but Trace Ford did a lot for Edmond Santa Fe. He was a pass-catcher/edge rusher, which is an odd and awesome combo. At OSU, as he devotes all his efforts to becoming a terror off the edge, I think he can develop into a star. Dustin Ragusa thinks he can contribute early, and I think he has a shot. He was dominant exterior presence in high school off the defensive edge.

Most Likely to be a Future Pro: Grayson Boomer

It’s not just because he’s the highest-ranked player in the class, but Boomer, a tight end, stands at a commanding 6-5, 230 — ideal size for an NFL tight end. He’s not a prototypical Cowboy Back a la Jeremy Seaton or Blake Jarwin, either. It’s possible because of his mobility and strength unique to his size and skills, OSU could spread him out wide in its system and use him as a hybrid WR. He has Kyle Rudolph traits and NFL talent in the making.