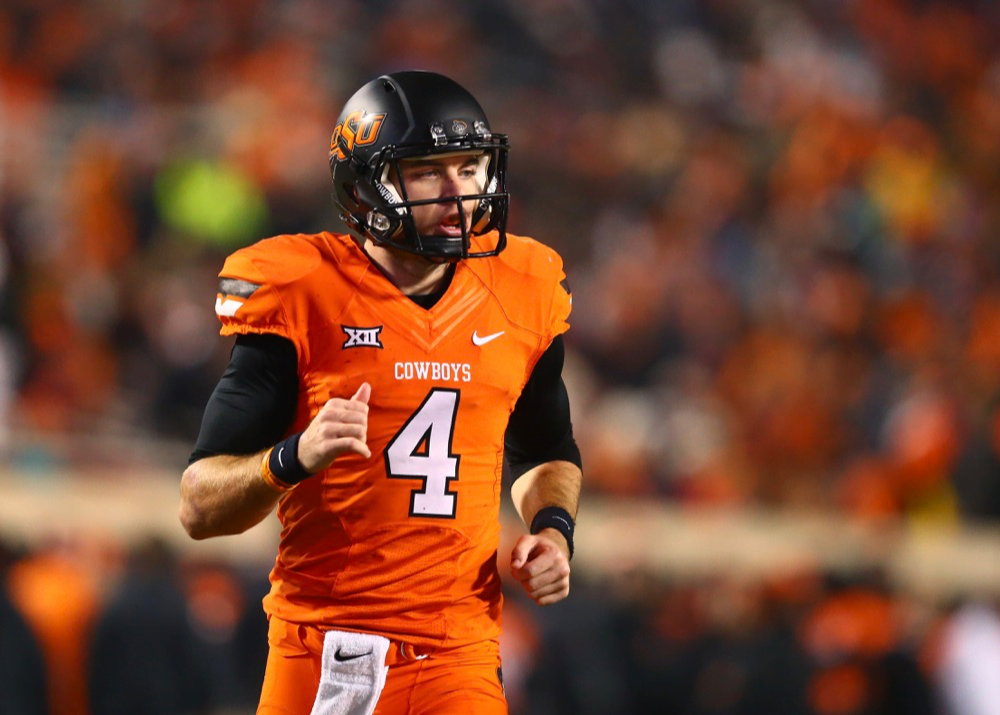 When I hired Hayden Barber a year ago, I didn’t know what we were getting. I knew he was a college student. I knew he did a good job for the O’Colly. I knew he would give us a presence in Stillwater we sorely needed.

As it turns out, we got a lot more than that. Hayden has worked tirelessly, reported hard and thrived in his time covering Oklahoma State hoops and football over the last 12 months.

Hayden got a job at the Wichita Eagle covering preps in Kansas, and it starts after he graduates this December. I’m excited for him, and he’s excited about the future.

We’re going to end with him the way we started, with recruiting. Hayden covered National Signing Day 2017 as one of his first assignments for PFB, and he’s book-ended that with a six-part piece on a recent history of Oklahoma State recruiting.

Hayden drove around parts of Texas and Oklahoma, interviewed former players like Bobby Reid and J.W. Walsh as well as high school coaches to get a better feel for the way Mike Gundy and Co. recruit and sell the Oklahoma State program to prospects.

I’ve read much of it, and I think you guys are going to love it. It’s also the perfect way for Hayden to sign off. This is the kind of reporting I desired when we brought him on, and he’s delivered in so many ways. We’ll start rolling it out on Wednesday with each of the six parts coming before the December 20 signing day.

Here’s an excerpt from Part 1, which you can read tomorrow.

As mentioned, 2011 was a trademark year in the connection between coach John Walsh’s Guyer program and Gundy’s at OSU. J.W. Walsh, Josh Stewart and Jimmy Bean all had lasting impacts at both places, which not only helped land future recruits but also embedded an affinity for Stillwater beyond the locker room walls at Guyer.

“The school turned orange,” Walsh said. “When those guys went to OSU, people were following. It’s crazy the number in ’11, ’12 and ’13 how many regular students were going to OSU from Guyer.

“It was nuts. Really nuts.”