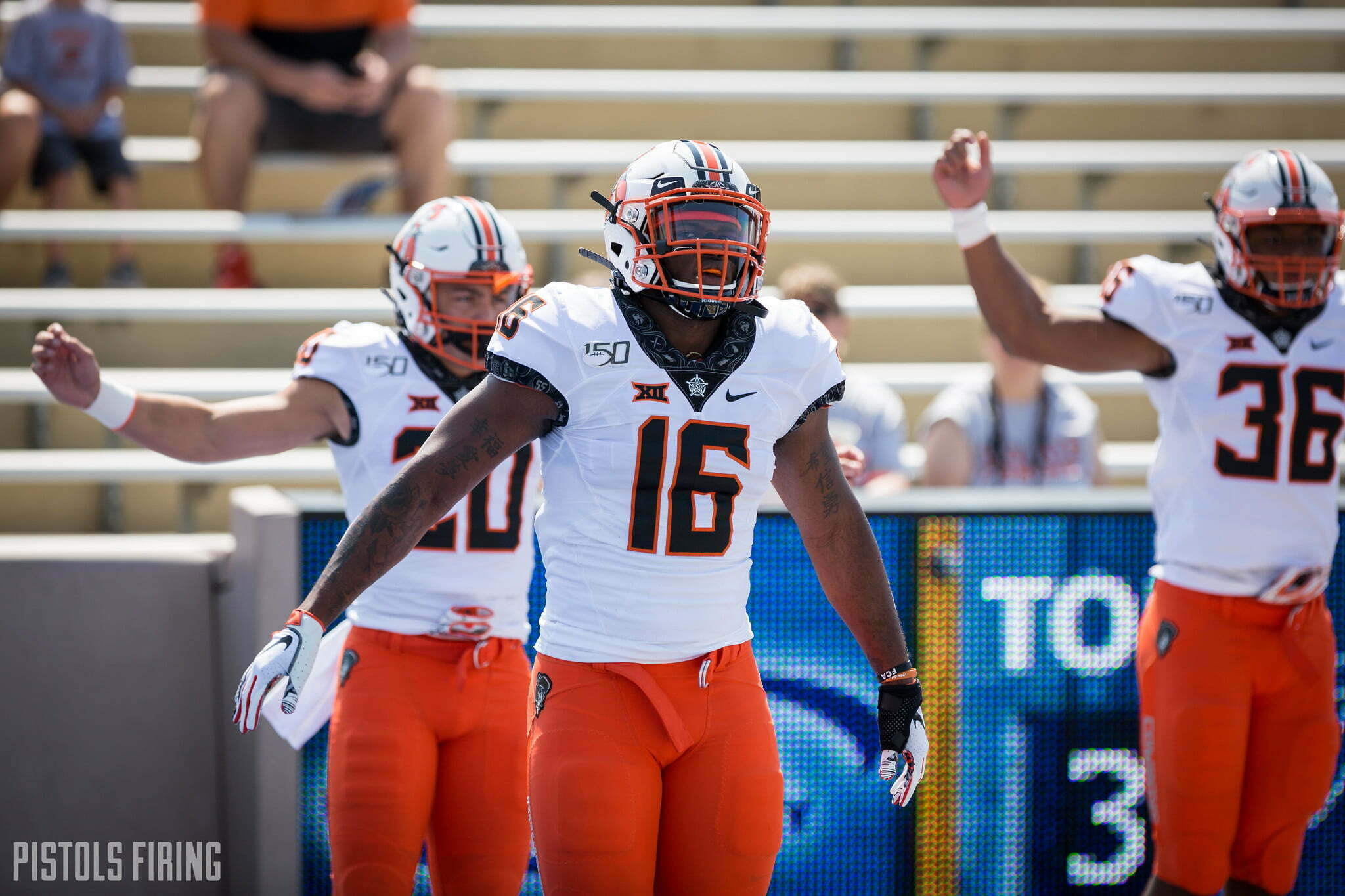 Put that headline into my bloodstream.

I was at that game in 2008. It was a good one. Zac vs. Colt. Shipley vs. Dez. No. 7 vs. No. 1. It was a great matchup — one of the best of the Gundy era — and OSU went blow for blow with the best team in the country at that point. They pulled within four with 12 minutes left in the fourth but never could go ahead. Sixteen versions of the iPhone later, and OSU hasn’t lost since then.

Here are six things to know about this weekend’s tilt against the Horns.

2. Turnover Differential: Through the non-conference portion of the schedule, Texas is averaging +1 in the turnover department (21st in the nation), and Oklahoma State is averaging -0.67 (95th). Surely that won’t come into play on Saturday, right?

3. One-Game Margin: Imagine your 2005 self. Imagine OSU football in 2005. Imagine Texas football in 2005 (you know, the season they beat SC in the Rose Bowl and won the title). Now imagine telling your 2005 self that from the day Mike Gundy was hired 14 years into the future, OSU’s football program would have more wins than Texas’ program. It’s true. The Pokes have 124. Texas has 123. Amazing.

4. AP Wins: OSU is 6-1 in its last seven games against top 25 teams. A win on Saturday would, improbably, be seven of eigtht! It would also be eight of 10 against Texas overall with the only losses coming in 2014 when Daxx almost passed away and 2012 on the fumble that created a fervor at Big 12 HQ.

5. Justin Jefferson Comp: A few weeks ago, LSU’s Justin Jefferson put up 163 yards and 3 TDs on the students at DBU down in Austin. Jefferson is the only other WR in the country averaging 125 yards per game or more (Tylan is at 130). No. 2 put up 220 on the Horns last year. With two DBs out and having already been baptized by the Tigers, we could be in for more of the same this time around.