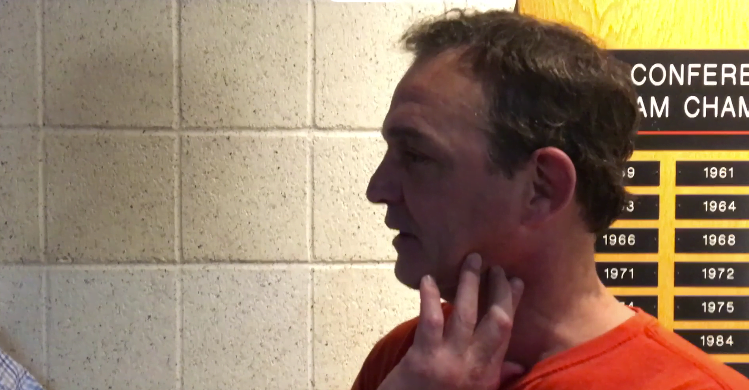 The Oklahoma State wrestling team can make it a 12-0 after a couple of duals against seemingly inferior teams this weekend. As the undefeated Cowboys coast into the home stretch of their regular season, winning, though important, is not the focus, coach John Smith said.

“We expect more out of ourselves in the match,” Smith said. “I think that’s what I’m looking for. We gotta go out and expect a little bit more. Not just winning matches, but putting great effort into seven minutes, so when you walk off, there’s no doubt that you put seven minutes in.

“I want to see a level of domination that each individual is capable of.”

OSU is on the road Friday against Edinboro before facing Kent State on Saturday.

Edinboro has won four straight duals, but the Fighting Scots lost 20-16 to Pittsburgh, which OSU beat 39-0 about a month later. The Cowboys will face six ranked wrestlers, but OSU ranks higher in each of the weight classes the Scots place in, except one, according to InterMat.

Sean Russell is No. 9 in the nation in the 125-pound class while Cowboy redshirt freshman Nick Piccininni is three slots behind.

Piccininni is coming off earning a technical fall in OSU’s 20-16 victory against Missouri on Friday. He said it won’t matter that the competition isn’t as strong this weekend as it was in the past.

“Don’t take your foot off the gas pedal, just keep going,” Piccininni said. “This is a time to build, not relax. Just keep on dominating, and keep on doing what we’re doing.”

Kent State is 2-11 and should be an easy victory before the Cowboys return to Gallagher-Iba Arena for the final two Big 12 duals of the season against Wyoming on Feb. 10 and Oklahoma on Feb. 12.

Smith said, after the dicey victory against Missouri and an easy win over Iowa State, he has learned this:

“They are a good team that has to wrestle hard to win dual meets,” said Smith. “We’re not head-and-shoulders above anyone. … I think a couple individuals learned a lot about taking it deep into the match when you have seven minutes to deal with.”