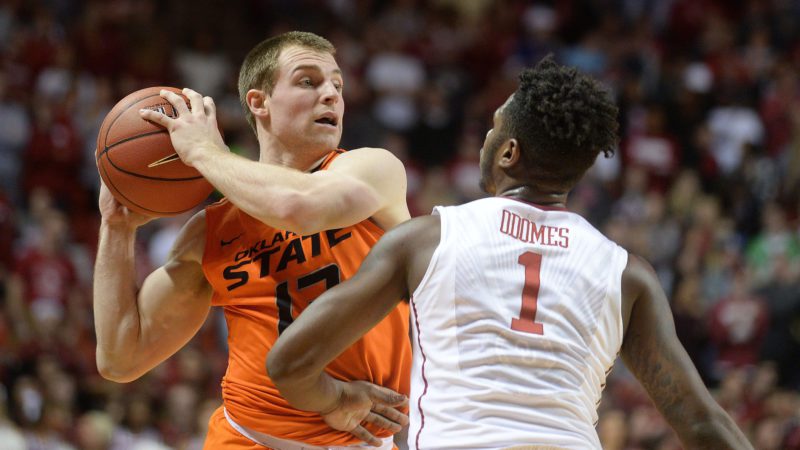 After a crazy finish in Norman, fifth-year senior Phil Forte got some social media love for his go-ahead game-winner from just about everybody in the Oklahoma State world.

Here’s one more look at Forte’s shot before we get on to the fun.

Desmond Mason was quick to congratulate Phil on his accomplishments and the win.

Doug Gottlieb really does have a way with words.

Jawun Evans COMPETING, taking the ball from Woodard, and shootin' is his Forte https://t.co/eUvAFOI9rH

And you know Rickie was watching Bedlam.

I can’t watch for the GIF of Rickie chest bumping Brad Underwood. That’s definitely happening at some point, yes?

From one quick-release sharpshooter to another. Thunder guard Anthony Morrow chimed in on the shot. Real recognize real.

✊?✊??? lol he can shoot the cover off the ball https://t.co/AveBUHxdcq

Phil Forte nailed a 3 that would make Anthony Morrow proud

OSU commit, St.John’s transfer Yankuba Sima was in the house to witness the dramatic finish.

And to top off the night, Twitter gave us this masterpiece.

Bedlam has always been fun but Bedlam Twitter just adds a whole new side to it.