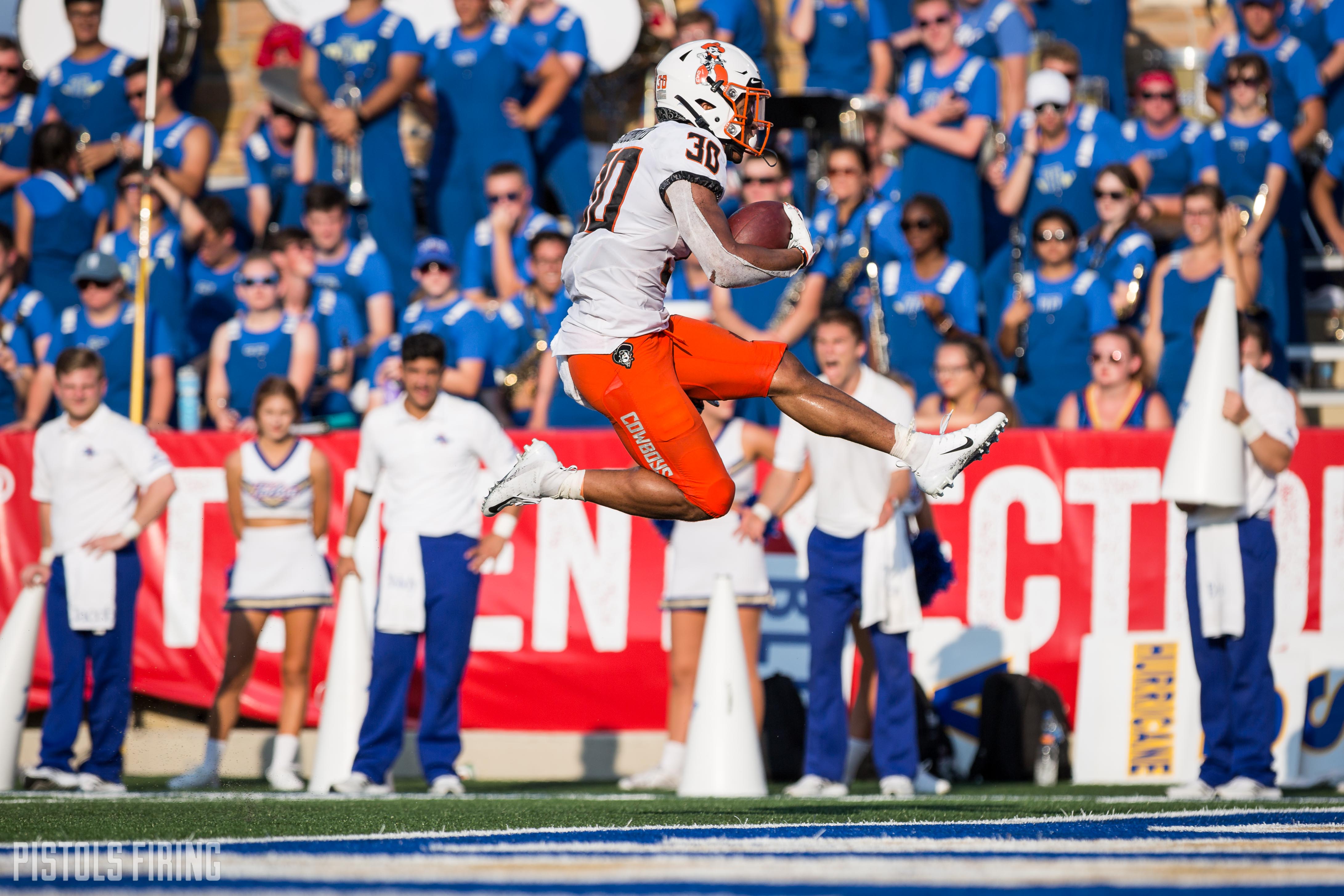 Oklahoma State’s road to victory over Tulsa had its hill and its valleys, which at least made my Twitter timeline a bit more interesting and entertaining. Here are some of my favorites from OSU’s 40-21 win in Tulsa.

The #30forHeisman campaign is picking up steam.

Go ahead and start that campaign for 30

Turns out we don’t have to nuke them @realDonaldTrump. A good way to deter hurricanes is Chuba Hubbard

It was a rough second quarter for OSU.

A recap of Oklahoma State's first half against Tulsa: pic.twitter.com/UAomMyzlvu

Chuba Hubbard in the locker room after running for 173 yards and two TDs in a half (probably): pic.twitter.com/FjUEX7X8P6

We just thought the QB1 takes were over.

If the PI’s on Tylan were catches, 100% chance I wouldn’t see those tweets

TU has the found the secret to covering Wallace: pass interference

What it feels like playing defense against the Big 12

This OSU defense loves the game of football. They love it so much they find ways to stay on that field