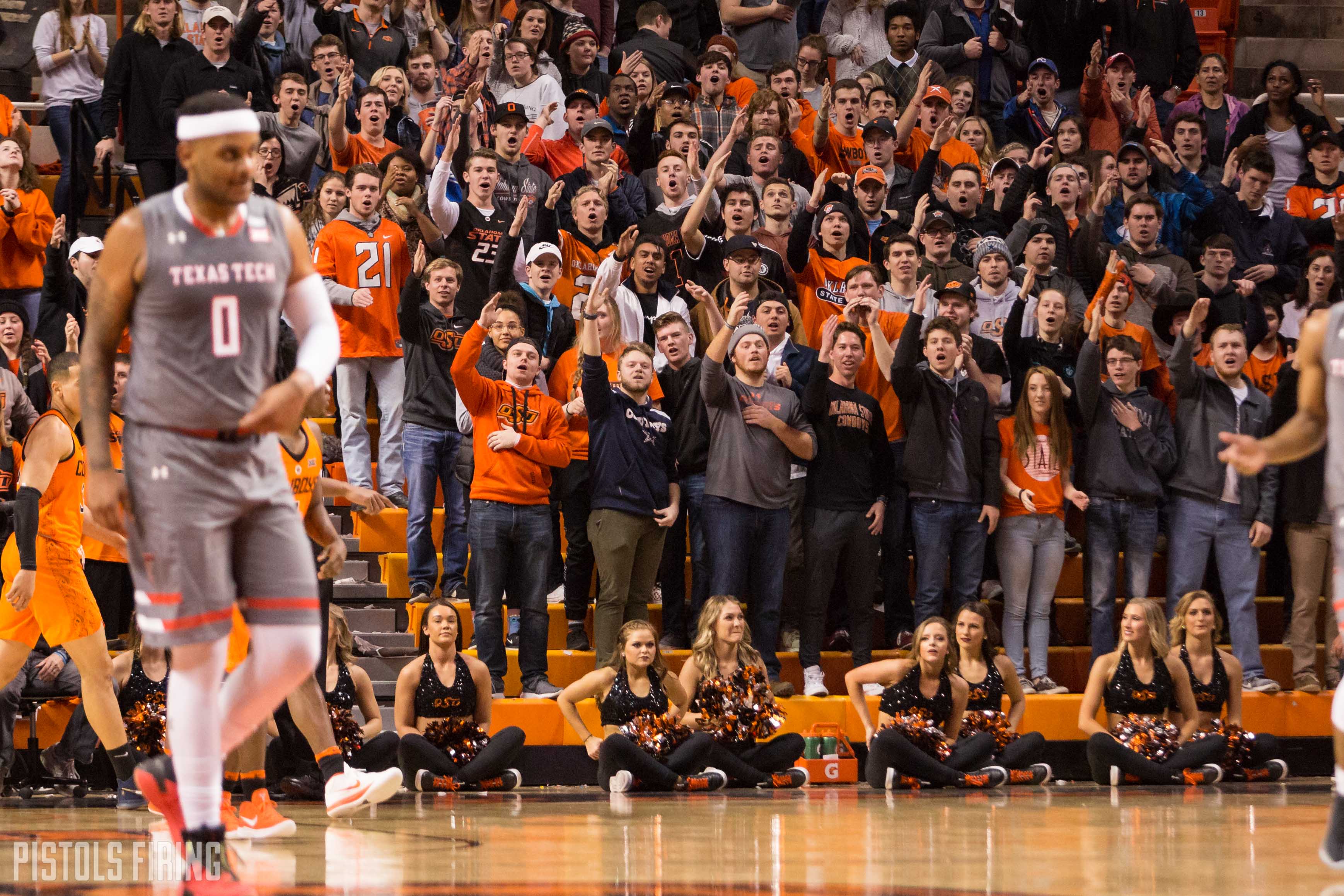 It’s Friday which means it’s time for this week’s social media roundup! The Feb. 23rd  edition contains fun Photoshops of Larry Reece for his birthday, highlights from basketball’s upset over No. 6 Texas Tech, and even more tweets from Mike Gundy. (Insert weekly statement about Gundy being amazing.) Hope you enjoy!

I tossed this one up to T. Boone himself and he delivered! I wonder how many COOPs it would take to get the real answer out of him? ??

Most memorable thing you ever did at Oklahoma State as a student?

You don’t want to know. https://t.co/O5zPf7RWdk

The Voice of the Cowboys

A happy belated birthday to Larry Reece from all of PFB! Thank you Twitter for these Photoshops.

Happy birthday to the pound-for-pound best PA announcer in the biz … @cowboyvoice! pic.twitter.com/h5dPZW8BFD

Winning on Tour is hard, but it is always easier when you have @cowboyvoice on the bag. Just ask @RickieFowler! #okstate #golfschool #gotime pic.twitter.com/xR65Cs0dlf

Happy birthday to our friend and cancer survivor @cowboyvoice pic.twitter.com/aunDGdpWBx

OSU Coaches vs Cancer had an event in GIA this week: here are some pictures.

It was a star studded night at GIA. Thanks to all the coaches and student athletes who came out to play and meet the kids. We had a blast! See you Wednesday for Swish Night! @thacoachmike @CoachGundy @Coach_Littell @OSUPistolPete @Gopokesvoice pic.twitter.com/nHA90w4cWb

Finally got to shoots some hoops and take a selfie with the #selfieking himself. And let me tell ya, he can ball too! ?? @mjnc1980 pic.twitter.com/Iw89WQ2KG3

Fun night with @osucvc. Wednesday night at the @OSUMBB game will be the annual Swish Night to help raise funds for CvC. All proceeds from the evening will benefit pediatric cancer. Pledge your support here: https://t.co/QFgaoHdrT4 pic.twitter.com/ILdgFMmTjL

Best photobomb ever from @OSUPistolPete on my Daughter Brooklyn and The G.O.A.T. Himself!!!! pic.twitter.com/tSET27XtXw

A little background here: a Texas A&M assistant coach caused a stir on Twitter about the SEC (and ACC) being the best football conference hands down, and both Gundy brothers weighed in on it.

Bless us, O Lord with a team cage match feat. Gundy Brothers (aka Midwest City Maniacs, maybe?) vs. the World. All proceeds to charity. And a little to me for the idea. pic.twitter.com/YVjUaUPb1W

I’m choosing to believe Gundy is actually tweeting and not an assistant, until the truth comes out.

This was really, really cool. I couldn’t find any pics of the three of them, but I’m sure it was a special night for all.

It’s been our pleasure, Kansas. ??

Kansas is going to win the Big 12 again. I don't know how they always do it, but they do.

Does anyone understand this team?!

I've said it before and I'll say it again, I don't understand this team, but I'll take that win!! pic.twitter.com/W804A3YzsC

I do not understand this #okstate team, but I believe this was its most important W of the season. NCAA Tournament still within reach.

I’ve watched this video on a loop for 5 solid minutes. Don’t really have anything to add, but it’s captivating.

This is why I love @LindyWatersIII! Toughness, does everything he can to win! Puts his body on the line every game. He does all of the little things that can make your team great! pic.twitter.com/W5y37EBv5a

All of the court stormings.

Congrats to @OSUMBB and @thacoachmike on their win over #6 Texas Tech tonight! This school, this atmosphere, this team — is one of a kind. Thank you to everyone that braved the cold to make it out. #2 court storming of 2018, one more to go. KU MARCH 3RD ‼️‼️‼️‼️ pic.twitter.com/gaiFqFky7y

When you wake up and remember school is canceled! ?❄️? @OSUMBB picked up another top-10 win over No. 6 Texas Tech last night! Congrats, boys and we’ll see you in GIA March 3 for Kansas. #LetsWork #okstate ??

During the pregame Coach Boynton was shaking students’ hands and thanking them for braving the elements to support the team.

Big time response by our students and fans… We appreciate you coming out and providing great energy. Our guys competed at a high level. Proud of them and looking forward to the next challenge. #LetsWork #GoPokes pic.twitter.com/35MZfRr5XV

I don’t have a funny video to leave you with today, but here’s a little promo to get you pumped for football season. ???