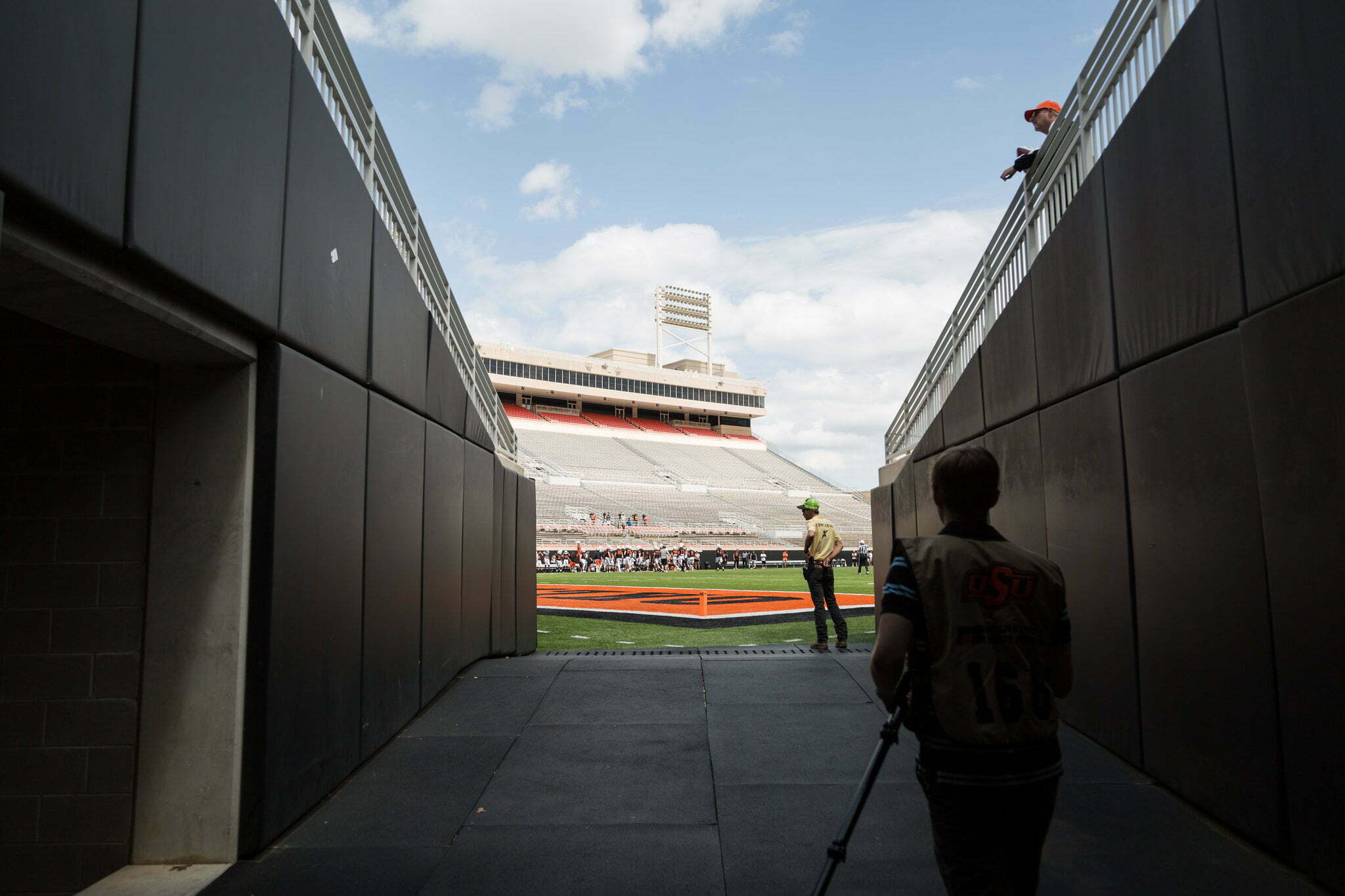 As people trying to carve out our niche in life, we naturally sometimes get caught in our bubble.

If Boone Pickens was in a bubble, it was a dang big one. After his passing Wednesday, everyone from Oklahoma State family to politician to NFL owner sent their condolences. Here are a few of many.

Mr. Pickens is a big part of our success and we’re all thankful for the lasting impact he’s had on Oklahoma State. It would have been difficult for us to climb as high as we have without him. He’ll be missed, but his legacy here will live on for a long time to come. pic.twitter.com/1jYVwBcHo0

Boone Pickens was a man who impacted the lives of so many people in a profound way, including me. He was a friend and his gentle spirit, kindness, and generosity will never be forgotten. Rest easy, Boone. pic.twitter.com/JPv9XrH2ul

All of us in the @okstate family are deeply saddened by the passing of @boonepickens. At the same time, we join in celebrating his incredible life. He was the ultimate Cowboy – https://t.co/7fBLhNbbBQ #okstate #RememberingBoone pic.twitter.com/Vy5ZK2kwHB

#okstate Boone Pickens reaction from Brandon Weeden, the most important player of the Mike Gundy era: “I was very fortunate to have a friendship with such a great man. Mr. Pickens was not only a pioneer but he was someone who influenced everyone he came in contact with.”

"He loved the outdoors, his country, and his friends and family, and Laura and I send our condolences." 2/2 https://t.co/Rr4RsKn6Sq

Jerry Jones on the passing of his good friend, T. Boone Pickens: “He should be known as the fourth-quarter guy” because of how much he accomplished in the later part of his life.

Thank you for everything, Mr. Pickens. Rest In Peace 🙏🏻 https://t.co/YJgudl1mv4

Had the amazing opportunity to meet @boonepickens this past offseason. Incredible moments I’ll cherish forever. His generous contributions to Oklahoma State helped change our trajectory as a program and for that we will always be thankful! #RIPBoone https://t.co/FK9pSdLwNF

Boone Pickens, RIP. A great champion of America, passes. He, who was always so kind and generous with his time and money, will be missed pic.twitter.com/jfqMAx7qP4

T Boone Pickens was an archetype & throwback, a Southwestern oil baron of the special Oklahoma-Texas breed. Crusty, blunt and tough as Rhino hide. Also an innovator in wind energy and a philanthropist, with a big place in his heart and deep pockets for OSU. May he Rest in Peace.

Boone Pickens was a legend, genius, humanitarian, a generous philanthropist who loved his Oklahoma State Cowboys. I will greatly miss this gentle man. Rest easy, my friend. pic.twitter.com/K2tXjbvUQG

T. Boone Pickens lived a life marked with kindness and generosity. Boone was a friend, and he was a legendary Texas entrepreneur. He was larger than life, had a passion for others, and embodied Texas values.

Six years ago this week, I tweeted that Boone Pickens was no longer a billionaire. He shot back. Rest In peace to a legend I was honored to have crossed paths with. pic.twitter.com/K3NZnyBHzF

It’s not often you can call an American icon, “friend”, but that’s the privilege I had with Boone Pickens. We enjoyed chasing quail, telling stories and debating sports. I’ll never forget the fun we had and the life lessons I learned from you. #RIPBoone pic.twitter.com/jJJAUUcuno

Rest Easy. Your charitable donations did not go unnoticed! You helped a lot of people on this earth! https://t.co/w01FTSzVQU

T Boone Pickens was an archetype & throwback, a Southwestern oil baron of the special Oklahoma-Texas breed. Crusty, blunt and tough as Rhino hide. Also an innovator in wind energy and a philanthropist, with a big place in his heart and deep pockets for OSU. May he Rest in Peace.

So very sorry to hear about the death of Boone Pickens. One-of-a-kind in every sense of the word. A small-town kid who made it big. A business rebel who changed industries. An #OKState supporter who transformed a university.

T Boone Pickens has died. I call upon T-Bone Burnett and Mark Boone Jr to fuse together & fill this void in the universe. We will carve off what is left to make Mark Burnett Jr, who shall best Mark Burnett in combat to assume the reality show producing throne & marry Roma Downey.

“I grew up in Holdenville, my grandmother said, ‘I don’t want you to ever forget where you came from. I remember that. I haven’t forgotten.’”
-T. Boone Pickens, 1928-2019 pic.twitter.com/ePEuztST3M