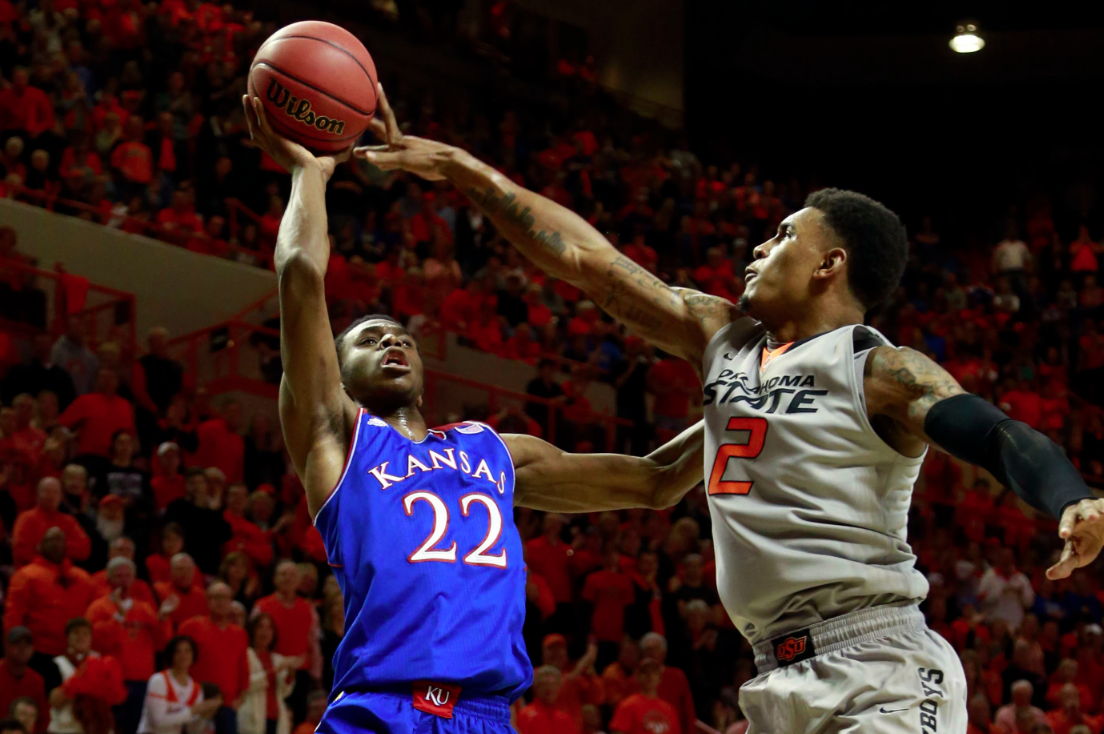 Travis Ford got some good news (I think) on Saturday when Le’Bryan Nash announced that he was returning to Stillwater for his senior season. I don’t know that I would have been totally shocked either way — I flipped on what I thought he should (and would) do about 394 times in the last two months — but he’s definitely staying for his senior season.

• I’m happy for Nash. I think he gives a crap about his career as well as OSU and I thought he got shortchanged on attention last year with Markel and Marcus stealing the spotlight. He does things at times that infuriate me the way a toddler is infuriating in its defiance but he’s adapted to his strengths[1. Like not shooting threes.] and become a really good college player.

In the same way I’ve grown to love him and all his imperfections as a fan over the last three years. I’ve been super critical of him in the past but he finally won me over for good last season.

Zach Lowe wrote a great piece in January about how the flawed stars are the ones we cling to most:

“[Perfect athletes] are boring. You can’t see yourself in them. I grew attached to guys who had flaws by that standard, and owned up to them. It made me like Tracy McGrady more when he admitted how much pain he was in due to a gazillion injuries, and that the pain affected his play. It should be OK to say, ‘I’m scared.'”

You could fit this to Nash pretty easily, I think.

• I’m interested to see what this means for OSU. Does the offense run through him now? I would hope so given that in about half our games last season it probably should have. But when the words “plan” and “Travis Ford-coached team” are in the same sentence, all bets are off.

• Also, does this mean we go from a 16-win team to an 18-win team? Or is the Ewing Theory with Smart enough to overcome all of that?

Congratulations to my brother @KingNash02 on staying. Hell of an athlete but he knows I am more proud that he is graduating.

• Nash has a chance to go down as one of the most statistically-accomplished players in OSU history. Let’s say he repeats what he did his junior year. He’d end with the following numbers and rankings in the OSU record books:

With 90 more points next year than he scored this season (not out of the question given how much of the offensive burden he’ll shoulder) he would have the third most points in school history. Only Country and Byron Houston would be above him.

• As one of my friends pointed out, it’s pretty crazy to think that before his freshman year started Nash was tweeting about how he was watching the draft and thinking about getting the drafted the following year. That was three summers ago.

• I do worry if he’s ready to be the guy. Though it couldn’t go a lot worse than going into the crowd in Lubbock and shoving a fan, now could it?

• Let’s not act like Nash gave up a multitude of riches to return to OSU. He gave up at best being a second round pick and gained a real chance to become an All-American next season. An unselfish move? Maybe. But the right move on a personal level. It will be a bummer nobody will be there in person to see him..

• This will be the second straight terrific four-year career player Ford has strung together. You can talk about poor player development or whatever but statistically Markel, Marcus, and Le’Bryan are three of the most probably 20 or 25 decorated players in OSU history. It’s kind of time to do something besides “sneak into the dance” with that.[1. It was actually time about two years ago.]