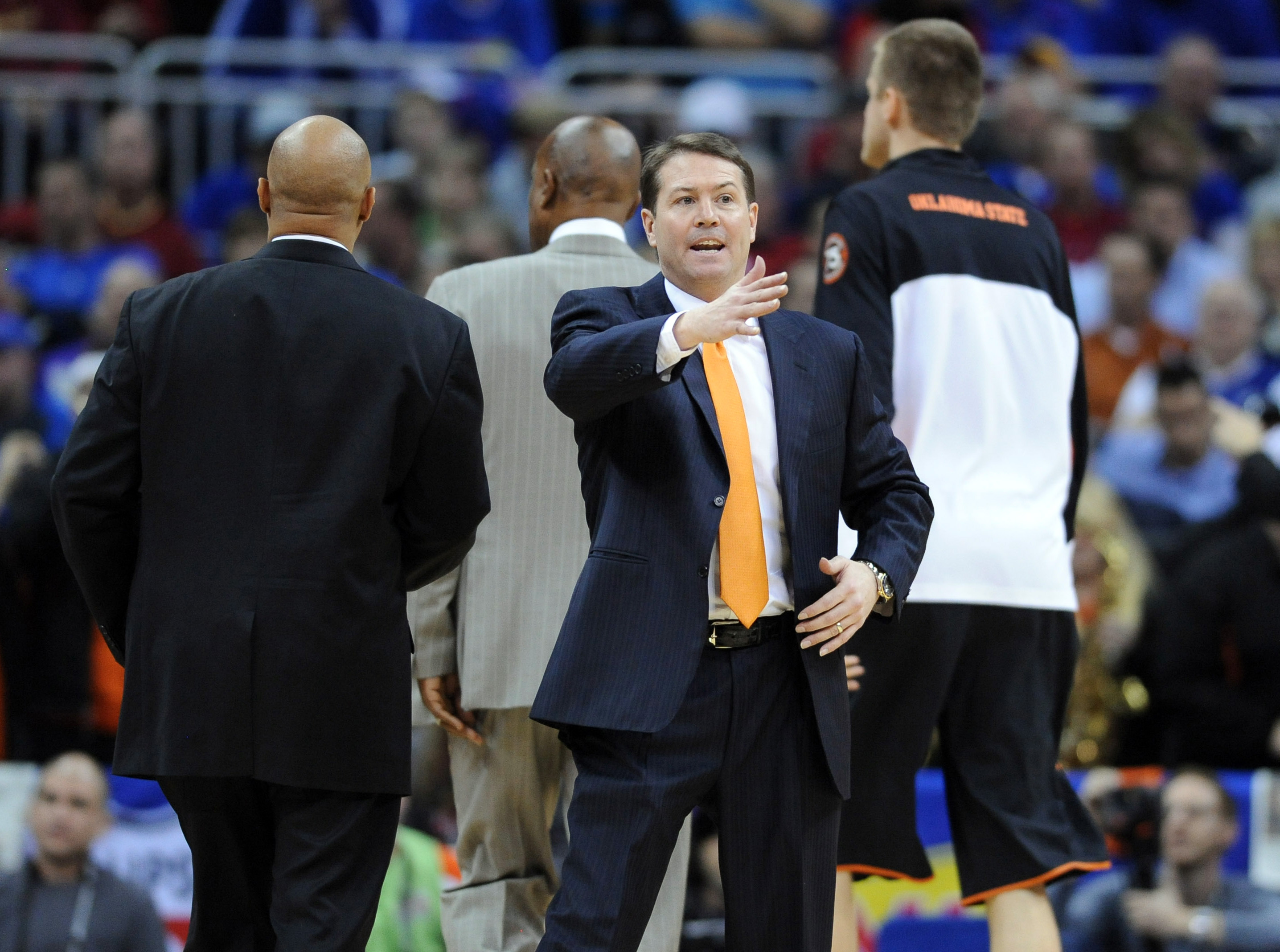 I forget on an annual basis how unique and exciting Selection Sunday is. That CBS threw together a chilling all-time One Shining Moment did little for my nerves — and I don’t even know why I was nervous! I knew OSU was getting a No. 7 – No. 10 seed and that it would play a top eight team in the second round.

There’s just something about the teams being revealed one at a time, the matchups, the commentary, the Twitter meltdown, all of it.

The Gonzaga matchup isn’t really ideal for OSU but it’s not terrible. What is OSU bad at? Rebounding, we’re ranked 295th in rebounds per 100 possessions. Gonzaga is 160th in rebounding so not a ton to exploit there (Arizona is a different story…)

And speaking of Arizona, that was the worst possible scenario for a round two matchup for the Pokes. They’re fifth in rebounds per 100 minutes. We’re 295th. Death.

But we’ll cross that bridge when we come to it.

Gonzaga is a decent team but not as talented a team as OSU. They beat WVU by four in Morgantown, Arkansas by 10 on a neutral court, and BYU twice. They lost to Memphis by six at Memphis and Kansas State on a neutral court by 10. So they aren’t a joke but if OSU is operating on all cylinders it should win this game.

That No. 9 seed isn’t indicative of how OSU is playing right now but rather a year-long valuation of its performance. It’s a fair seed, but if you were to re-seed the tournament on how teams were playing in the present, OSU would be a No. 4/5 and Gonzaga would probably be a No. 7.

While we’re here, thanks for giving us a really tough team for its seed for the second year in a row, committee. Gonzaga is ranked No. 20 (!) in KenPom’s rankings (OSU is No. 22). The other 8-seeds on KenPom:

Last thing before we get to some other thoughts, no times on the games yet but OSU plays Friday/Sunday. I’m with OKC Dave, that’s good. I want to enjoy 24 hours of hoops before having to worry about our game.

• Was the Big 12 actually good or was Kansas good and everybody else just kind of sort of average but played really close games against each other and everyone confused it for being good?

KenPom tells me it’s the former but I’m still (STILL) not sold on OU and they’re the third-highest seed from our conference.

• Here’s the PFB bracket challenge. Haven’t decided on a prize yet but it won’t be $1 billion. We’ll give out prizes to top three.

• The Midwest is all of the LOLs. Wichita State goes 34-0 and gets Michigan, Duke, and Louisville as its reward?! Louisville is No. 2 on KenPom! A No. 3 seed would have been a slight but a No. 4?! That’s egregious.

• I’m all in on Virginia. I watched them in the second half of the ACC title game and they know what they’re doing. Do they auction Tony Bennetts on eBay?

• I know you know this but Bedlam looms in the Sweet 16. I’m not sure I could handle a Bedlam game for the rights to play Creighton to go to the Final Four. I might just call it a life and will PFB to one of my buddies.

By the way, how thin is the margin of error on seeding? What if OSU wins two of its eight losses in OT/by four or less in regulation? What’s that worth? Probably two or three slots, right? According to Baylor’s seed it’s worth about four.

• The Kansas reaction on TV was just the greatest. When is practice/our flight? Self probably wasn’t even watching.

• Speaking of reactions, the reactions from teams on the bubble and No. 15/16 seeds is incredible. I would watch an hour-long special just on those reactions.

• Doug Gottlieb knows more about college basketball than anyone should. It’s actually humorous to watch Seth Davis try to keep up. That’s not a shot at Davis (or maybe it is) — when Gottlieb is breaking down Harvard’s offensive efficiency and talking about how good Stanford’s stretch fours are…I mean, nobody should know all of these things.

The NCAA made that Midwest so no one could win the billion.

• Here is the bracket.

• Good work from my man, Jeff Borzello here in ranking all 68 teams. Has OSU in the top 25.

• I could have done about 29 “10 thoughts” on the opening One Shining Moment montage alone. A few stray ones: that Bryce Drew shot is my first great memory of the tournament. It’s ingrained. How great is the name “Rip Hamilton”? Hampton, man, they’re to Iowa State what Iowa State is to us, and that’s a compliment. How bad were the Louisville sleeves last year?

• My early gut pick is OSU to get by Gonzaga and lose to Arizona in a close one. Sort of 2009ish. I’m tempted to take us to the Elite 8 against Creighton, though. Is that a jinx? Should I just abstain from a bracket altogether? Ahhhhh, March.

Midwest: Wichita St.
East: Iowa State[1. If Iowa State and Michigan State can get to the Elite Eight, that game will be spectacular.]
West: Creighton
South: Florida