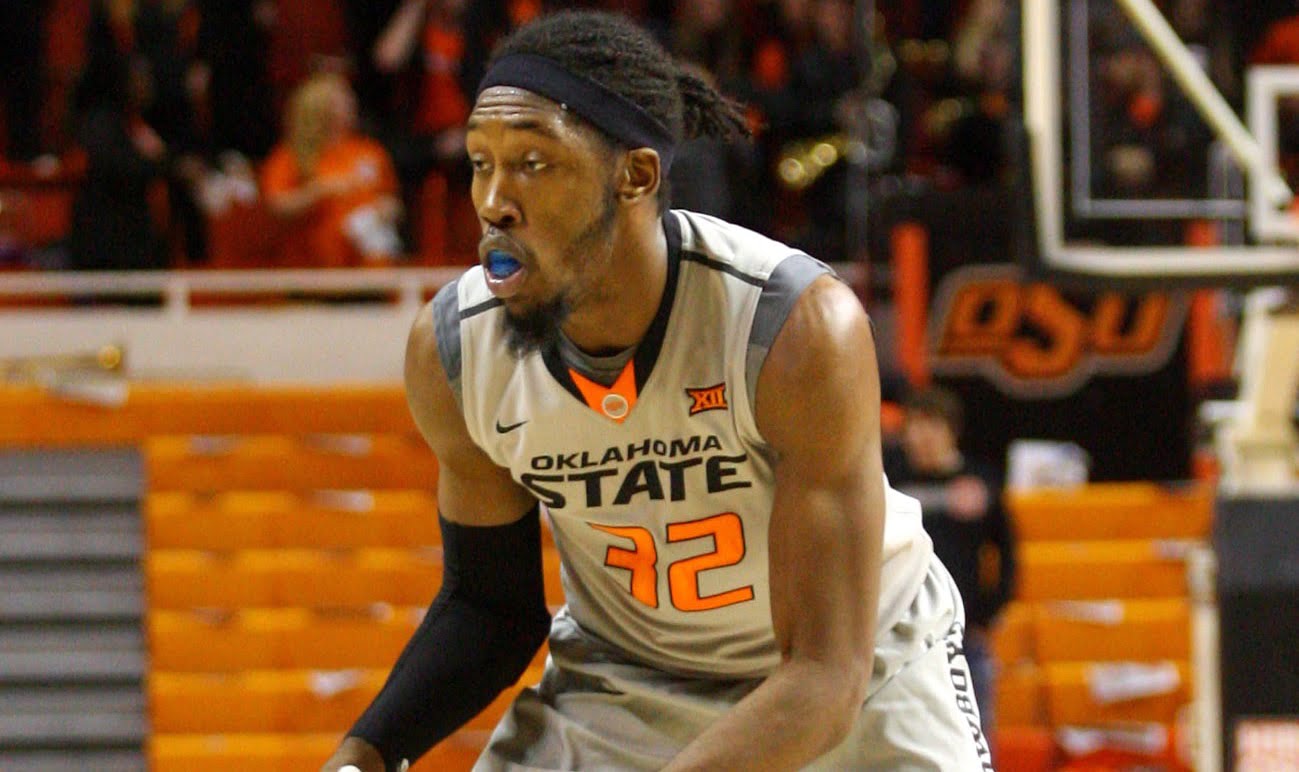 While we were all wallowing in our football sorrows over the weekend, OSU was busy jumping out to a 2-0 start on the young basketball season.

Travis Ford’s team has its third game on Tuesday and fourth on Friday of this week as it was trying to get its first three games out of the way as quickly as possible to get Mike Cobbins (who had to sit them out for eligibility reasons) back ASAP.

Here are a few thoughts from the first weekend:

• Is Anthony Allen Travis Ford’s Brandon Weeden? I get that the weekend consisted of two teams with like 39 names on their jerseys but Allen was a force.

His per-40-minute stats are an absurd 13 points, 25 boards, and eight blocks. As OKC Dave pointed out 20 percent of opponents’ shots were blocked while he was on the floor which is No. 11 in the country: 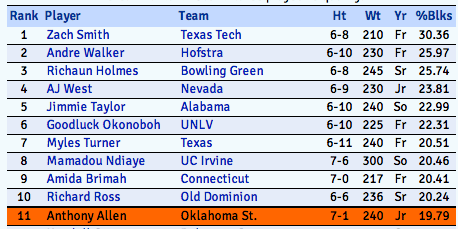 These figures obviously won’t carry through into the Big 12 season but there’s a real chance, with such dominant defensive performances, that Allen could be the complement Mike Cobbins needs to make OSU a legitimate defensive team.

“He does a great job of protecting the rim, getting us rebounds and blocking some shots,” said Forte on Sunday. “With (Michael Cobbins) out, we haven’t had a rim protector like that, so he’s done a great job of coming in and giving us energy.”

And so does Allen himself (I love seeing quotes like this).

“You know our shooters, that’s what they do, they shoot. They were just having a bad day today, so me as a big man and our other big men had to pick up the slack. If they shoot and miss, we’ll get the rebound and give us another chance to get a basket.”

I need to be talked off the Anthony Allen ledge.

• The offense relied on Le’Bryan as we all knew it would, but did it rely on him too much?

34 percent of OSU’s possessions terminated on Le’Bryan while he was on the floor (either in shots, free throws, turnovers, whatever).

My dad went to the game on Friday night and said it looked like everyone was trying to force the offense through Nash instead of letting it flow.

I bet OSU goes away from that style as the season wears on. That 34 percent number is really high (top 65 nationally).

• This team will be uglier, will it be better? Last season OSU scored in the 90s or above in each of its first six games. It barely reached 80 in only one of its first two games. I’m fine with that as long as that lack of scoring is a focus on defense and not just atrocious offense.

• Speaking of offense, why is there never a plan when it comes to Ford and folks jacking threes?

“You can’t control made or missed shots,” said Ford. “Guys know that I don’t get too upset. You may miss three or four in a row. Shoot the fifth.”

• I’m stoked about the idea of a Hickey-Carroll-Nash-Allen-Cobbins lineup. That’s an absolute nightmare for a team defensively.

• OSU still doesn’t have a true third scorer. A bunch of people scored but nobody scored a lot. Who’s it going to be? My money is still on Hammonds.

• Tyree Griffin was a nice little surprise at PG. He’s averaging eight points and two assists which is perfect for a backup PG. Ford has said he’ll play Griffin at the 1 and Hickey at the 2 at times which will be electric defensively.

“Back in the day, when I played, after a performance like this, we’d be practicing in about two hours,” Ford said on Sunday. …Because of NCAA rules, we can’t come back and practice tonight, or we would be coming back to practice tonight.

“I probably won’t leave here because I can’t wait ‘til practice (Monday).”

• Not related to this weekend but start here and work your way backwards on Mark Cooper’s mini-profiles of new OSU basketball players. They’re all entertaining and enlightening.