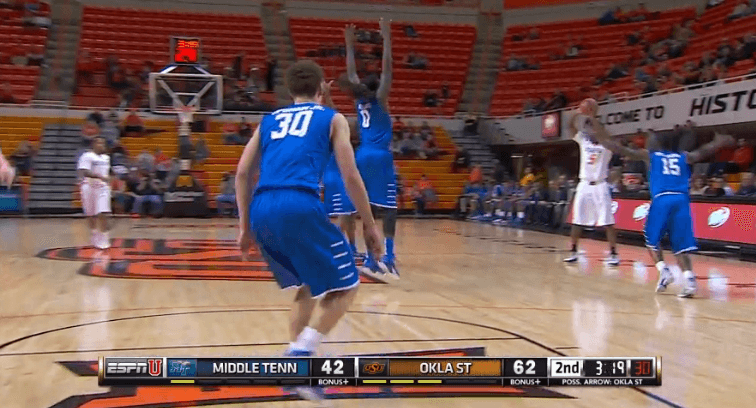 Not to belabor the point that nobody comes to Oklahoma State non-conference basketball games but this is a thing that Middle Tennessee State’s coach said after losing on Tuesday:

“Give Oklahoma State a lot of credit, they’re a very experienced team, very well coached, very physical. These guys have won a lot of games right here; there was a really good home court advantage.”

Here’s the home court advantage he was talking about:

So I don’t know how much he thinks OSU would beat his team by with full GIA. Maybe 100+?

Speaking of full GIA, Travis Ford appealed to those who will be in and around Stillwater on Sunday to come watch OSU play 10-1 Maryland.

“It would be great to get some fans here. We’re 9-1. They’re 10-1. A great game. Two good basketball teams. They’re top 20. Hopefully, 1 o’clock Sunday, go to church, come on out, support, scream, yell, holler. There are great ticket packages.

“Come on out and support these guys. They need it. We need it. Hopefully we’ll get a good crowd, because this Maryland team is one of the hot teams in the country right now. They’re really good. We’re going to need some help from the fans.”