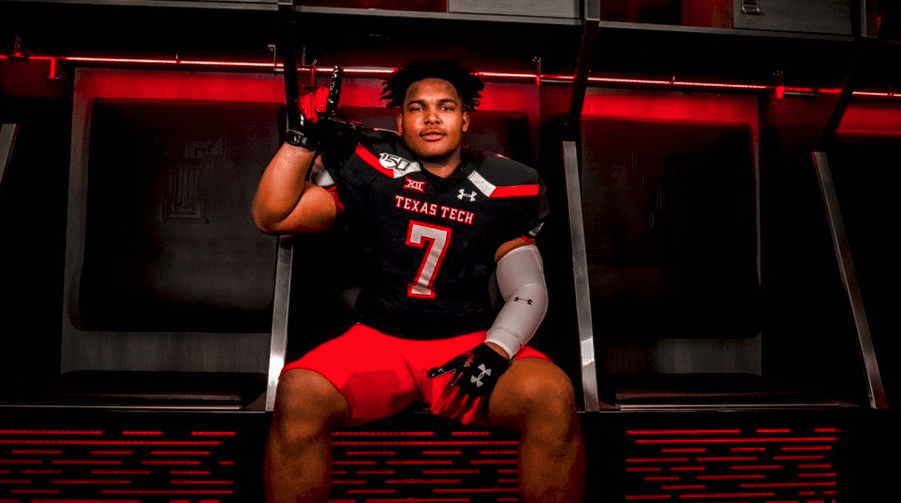 At one point OSU had expressed interest in the 6-foot, 270-pound prospect, but OSU’s interest cooled a bit in recent months after extending an offer in January, leading to his Red Raiders commitment. Texas Tech offered in March and got him on campus for a visit shortly thereafter that helped win him over.

“The atmosphere is welcoming, and the coaching staff is awesome,” he said announcing his commitment.

The elder Wright was a star for OSU in the late 1990s, recording 267 career tackles. He still remains as one of the top linebackers in Oklahoma State history, and he later went on to enjoy a five-year NFL tenure with the Bills and Jets before retiring from the sport.

Solomon has been a dominant DT for 2A Vian that led to a spike in Division I interest in recent months, with Iowa State, OSU, Kansas, Memphis and Missouri also offering.

OSU remains in the mix for big names at defensive tackle in the cycle including in-state standouts Melvin Swindle, from Heritage Hall, and Aden Kelley, from Thomas-Fay-Custer in Thomas, Oklahoma.