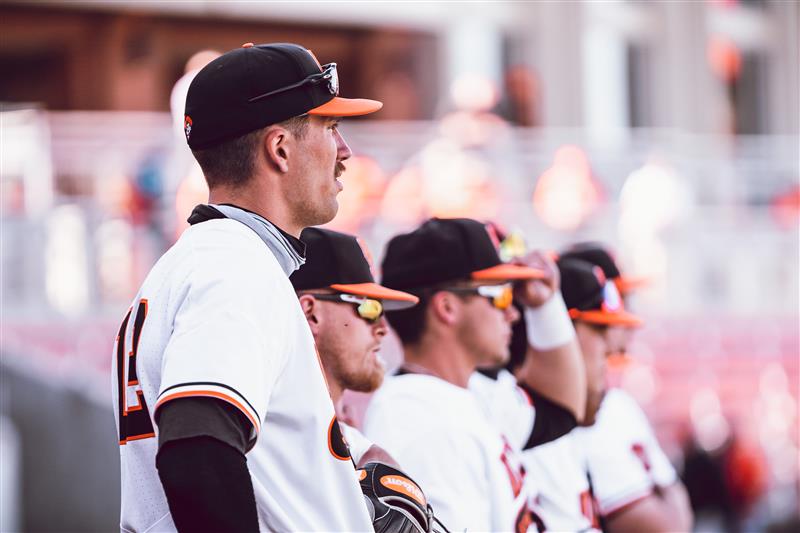 The Sooners came into this game a game above .500, but they figured some things out to the Cowboys’ demise.

Oklahoma State fell to Oklahoma 16-2 on Friday night in O’Brate Stadium. It’s the seventh time this year the Cowboys gave up double-digit runs, but it wasn’t only defensive struggles, as the Pokes mustered just three hits against OU.

“They came out and were better in all phases of the game,” OSU coach Josh Holliday said. “They got us. They ran away with it early in the game, and it was a tough one. Bounce back and come back ready tomorrow.”

The Sooners first seven runs came with two outs, scoring five in the third and two in the fifth. That came before OU put up seven runs in the fifth inning.

Caeden Trenkle was probably the Cowboys’ player of the game. He went 1-for-1 at the dish with four walks drawn. His on-base percentage jumped from .387 before the game to .406. He has now drawn 24 walks on the year, second to only Nolan McLean, who didn’t play Friday, on the team.

Any time a guy is player of the game because he walked four times tells you all you need to know.

The Cowboys’ first hit of the night came from Carson McCusker in the sixth inning. Max Hewitt had OSU’s only RBI of the night with a single in the eighth.

Bryce Osmond got the start on the bump with Parker Scott and Justin Wrobleski nursing injuries. Osmond threw 78 pitches in four innings where he allowed seven runs off nine hits while striking out four.

Wyatt Cheney, Roman Phansalkar, Colton Bowman, Zach Cable and John Kelly were used out of Rob Walton’s bullpen. That group combined to throw five innings where it allowed nine runs off five hits while walking eight and striking out nine. Bowman and Cable were the only pitchers of that group who didn’t allow a run.

After the game, Holliday said Scott and Wrobleski won’t be available this weekend. Justin Campbell will start Saturday’s game, and Brett Standlee will likely start Sunday.

The second game of the Big 12 Bedlam series is scheduled for 3 p.m. Saturday in Norman.

“We gotta compete better,” Holliday said. “We didn’t play and compete as well as it is required.”