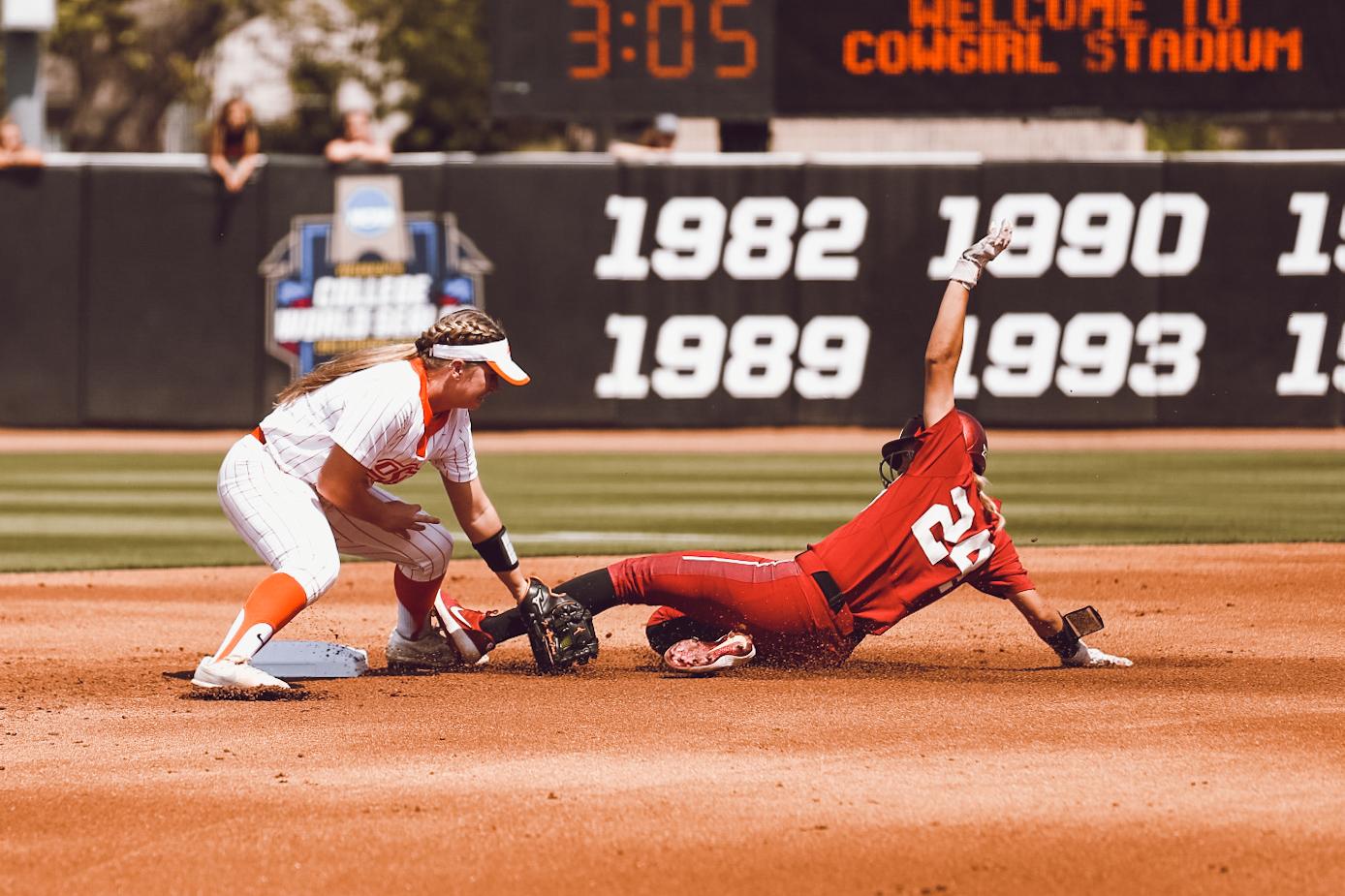 STILLWATER — The Big 12 softball champions will be crowned on Mother’s Day.

The No. 9 Cowgirls threatened a walk-off comeback in the seventh inning. Karli Petty started the frame with a solo home run to center, cutting OU’s lead to 6-3.

Chelsea Alexander was then hit with a pitch before back-to-back walks. With the bases loaded and no outs, Alysen Febrey hit a sacrifice fly, scoring Alexander. Hayley Busby flew out to center for the second out before Sydney Pennington struck out to end the game.

“This is what it’s all about,” OSU coach Kenny Gajewski said. “It’s a fight, and we knew that coming in here and knew it was gonna be tough and knew we’d take their best shot and had a chance to win it there at the end. Proud of these kids but looking forward again to tomorrow’s third game.”

The No. 1 Sooners started the scoring in the third when Jayda Coleman singled through the right side to score Jana Johns. Jocelyn Alo followed that up with an RBI double that scored Nicole Mendes.

OU added another pair in the fifth when Lynnsie Elam hit a two-RBI single to center that scored Rylie Boone and Taylon Snow.

The Cowgirls added a pair of runs in the bottom of the fifth to stay within striking distance. Alexander singled to third, and a throwing error saw Petty score from first base. Alexander ended that play on third, and Naomi hit a sacrifice fly to bring her in.

OU coach Patty Gasso got tossed in the sixth inning after a controversial play at third. Jayda Coleman made an aggressive head-first slide into the bag. After initially beating the tag, she came off the base and was tagged out. Gasso and Coleman argued Cowgirl third baseman Sydney Pennington pushed Coleman’s hand off the bag. It was ruled an out, Gasso threw a piece of paper and then the umpire threw Gasso out of the game.

Sophomore Kelly Maxwell got the start in the circle for OSU on Saturday. She threw 5 1/3 innings where she allowed five runs on nine hits while walking four and striking out seven.

Logan Simunek relieved her in the sixth. She went 1 2/3 innings where she allowed one run off three hits. She had one strike out and no walks.

The championship-determining rubber match will start at 11 a.m. Sunday in Cowgirl Stadium. It will be televised on ESPNU.