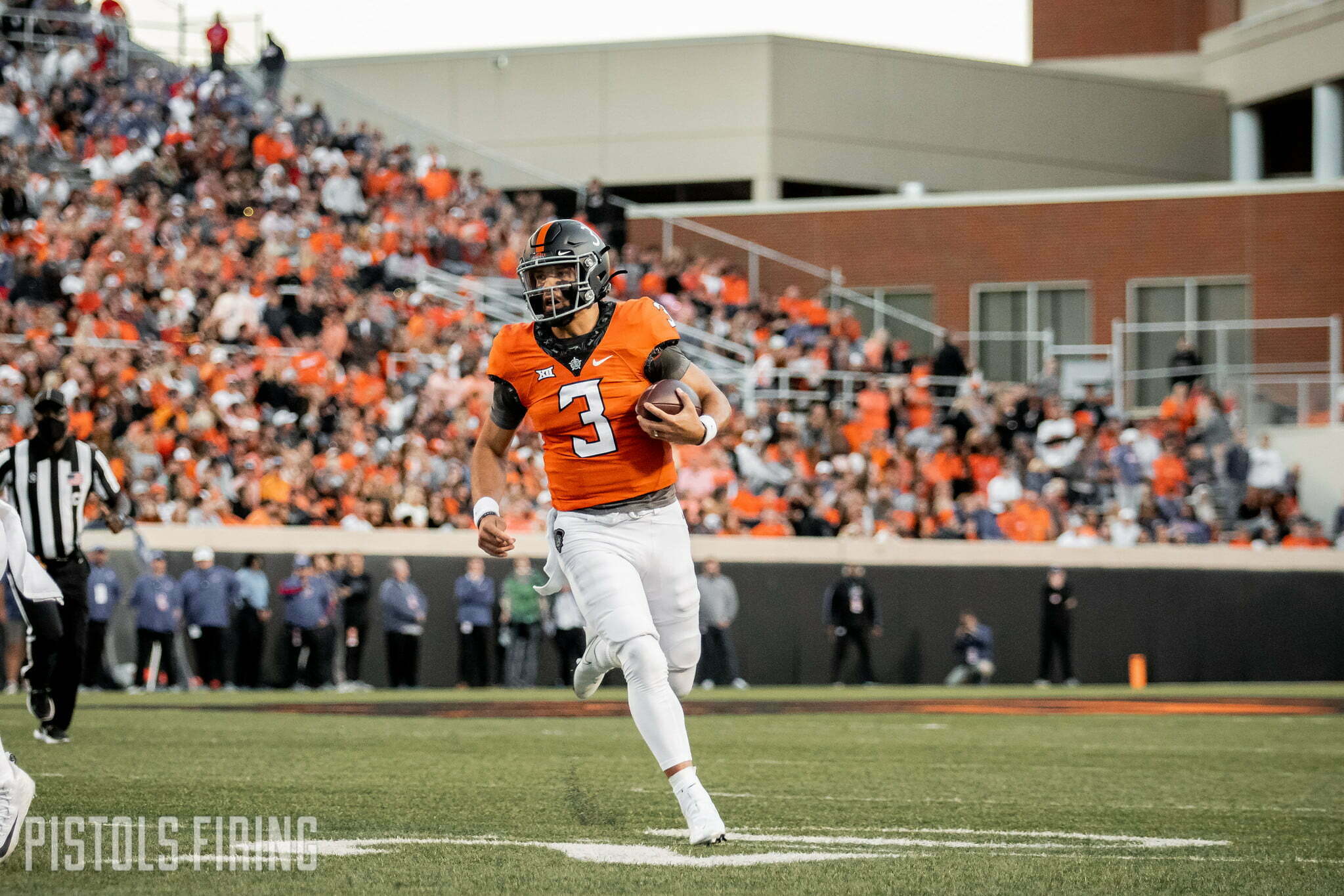 Spencer Sanders was overall more consistent last season and ended 2021 on a high note, so it makes sense that the fourth-year QB is getting so much preseason love. Add to that list another watch list.

Sanders on Wednesday was tabbed as a player to watch for the Johnny Unitas Golden Arm Award, given to the top senior or upperclassman quarterback set to graduate with their class.

Sanders earned All-Big 12 First-Team honors in 2021 throwing for 2,831 yards and 20 touchdowns and rushing for 664 yards and six scores. He led the Cowboys to a 12-win season, the Big 12 Championship game and to a comeback win over Notre Dame in the Fiesta Bowl.

He was tabbed as a preseason all-conference selection for 2022 and was also included on the watch lists for the Davey O-Brien Award, the Water Camp Player of the Year, the Earl Campbell Tyler Rose Award and the Maxwell Award.

Sanders is one of 76 quarterbacks on the watch list which will be whittled down by the Johnny Unitas Golden Arm Selection Committee, a group of prominent college football journalists, commentators, announcers and former players. The award will be presented at the Golden Arm Award banquet on Dec. 7 in Baltimore, Maryland.

Mason Rudolph is the only Cowboy to have won the award, bringing home the hardware in 2017.