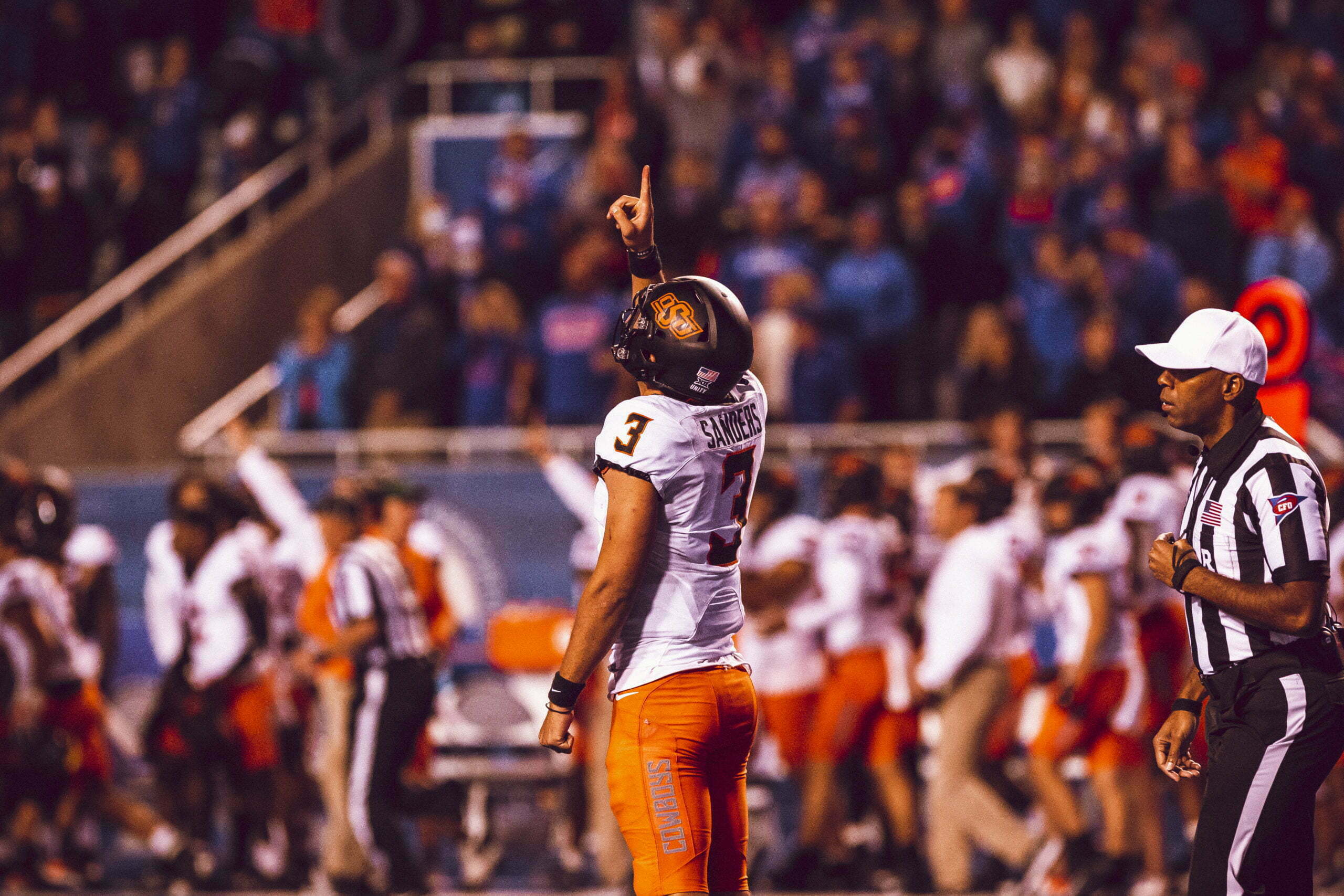 Spencer Sanders’ 82 passing yards against Boise State were the fewest he has had in a college start outside of the Tulsa game last year where he played a couple series before being injured.

Despite the low total, Sanders played well in Oklahoma State’s 21-20 victory against the Broncos given the limitations around him.

He went 6-for-13 with, and I recall at least three drops in the game: two from Rashod Owens and one from Brennan Presley. Then on the ground, Sanders ran for 40 yards — it would have been 52 had he not been sacked twice on 15 dropbacks — and a touchdown.

“I think he played good,” OSU coach Mike Gundy said after the game. “We didn’t protect him. When you’re one dimensional, it allows them some flexibility on coverages and then they can bring pressure. We didn’t protect him very good, in my opinion. He didn’t have much of a chance to throw the ball.”

Sanders was without receivers Tay Martin, Jaden Bray, Braydon Johnson, Blaine Green and Langston Anderson. During the game, Bryson Green was injured. That led to Sanders having to throw a game-icing pass to walk-on redshirt freshman Cale Cabbiness. Credit to Cabbiness for making a spectacular play, but it was also a beautiful back-shoulder ball from Sanders.

Martin was set to be the premier pass catcher of this group of receivers. So far this season, Martin and Sanders have shared the field on only two plays. Sanders missed the first game in COVID protocol, and Martin played only two snaps against Tulsa because of injury.

A lot of the time Sanders was asked to run Saturday, it came in a somewhat predictable situation, as well. Nine of his 15 attempts came on third down (not including a third-down sack and a third-down kneel).

Pro Football Focus grades shouldn’t always be taken as gospel, but Sanders’ 81.8 score in the Boise State game was tops among Cowboys, something that seems unusual for a quarterback who had fewer than 100 passing yards. It’s because Sanders made the right plays more often than not.

Sanders has earned a gunslinger label with his boom or bust plays throughout the past few seasons, but Saturday he showed he could get the job done by playing his role while not taking any overly aggressive risks. It’s just one game, but it feels like a solid foundation for Sanders to build on moving forward.