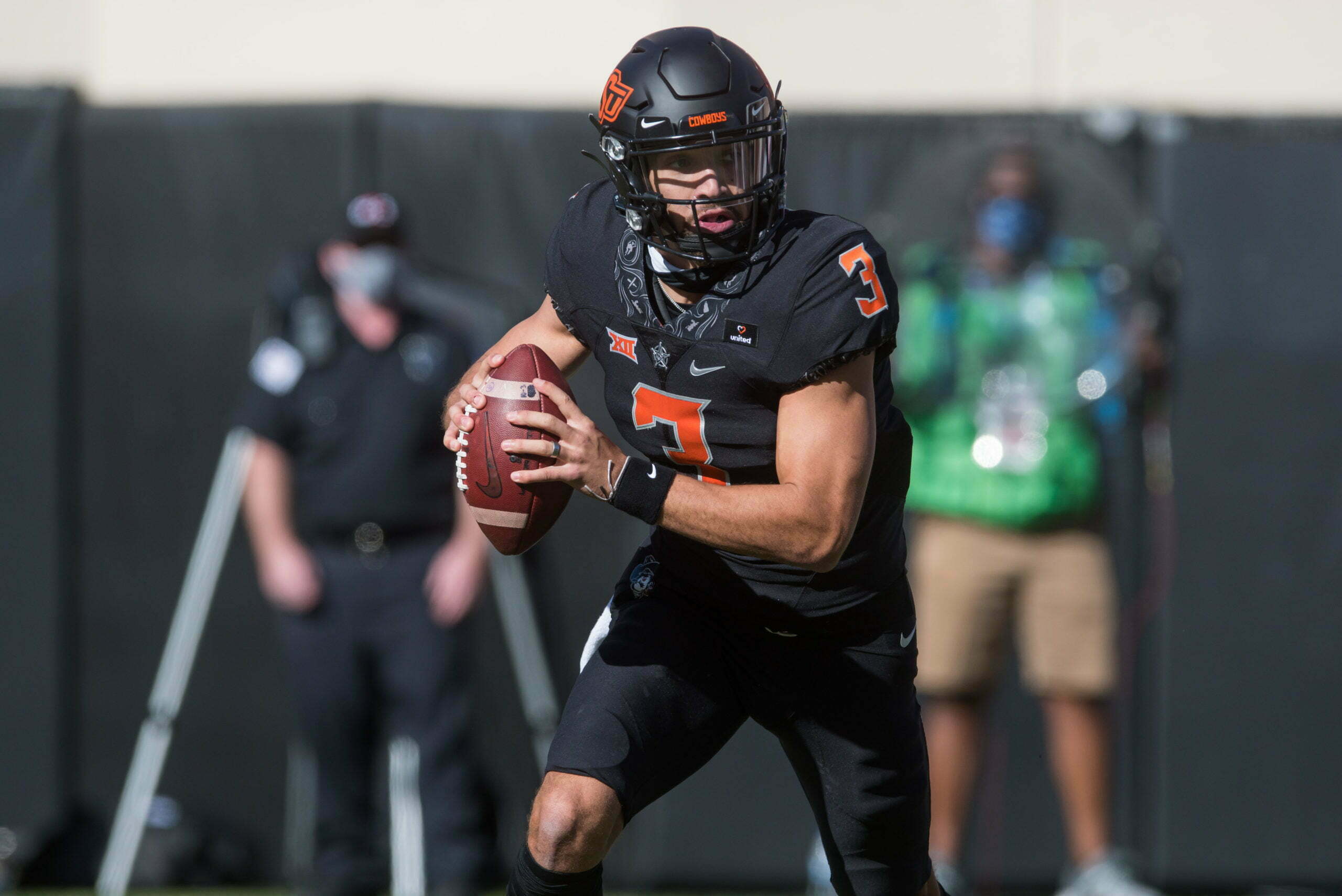 Statsitcally, Spencer Sanders had a career day Saturday against Texas, but his three turnovers overshadowed his gaudy yardage totals.

In Oklahoma State’s 41-34 overtime loss to Texas, Sanders threw for a career high 400 yards yards and four touchdowns, but he also had another interception and lost two fumbles.

A somber Sanders met with reporters via Zoom after the disappointing loss that likely ended the Cowboys’ chances of making the College Football Playoff.

Sanders talked a lot about going back to work at Sunday afternoon’s practice and pushing forward. He said how the team responds to this loss is going to be what defines the Cowboys.

Only a redshirt sophomore, Sanders blew his previous best passing yardage total away against the Longhorns. His 400 yards are 110 more yards than he has ever thrown for in a game. His previous best of 290 passing yards came against Texas Tech last season. The Cowboys also lost that game, where Sanders threw a career-high three interceptions.

The Pokes had 530 yards of total offense Saturday to Texas’ 287, as turnovers gave the Longhorns the ball within OSU’s 20-yard line three times.

“Everybody else played great,” Sanders said. “They had a great game, and I didn’t. We just gotta keep going, and we gotta keep fighting and stay together.”

Saturday showed glimpses of how good OSU could be in 2020. Apart from the Kansas game, OSU scored the most points and had the most offensive yards it has put up all season.

When OSU needed points at the end of regulation, Sanders and Co. marched down the field on a seven-play, 63-yard drive to force overtime, but the moral victories don’t change the fact that the Cowboys are 4-1.