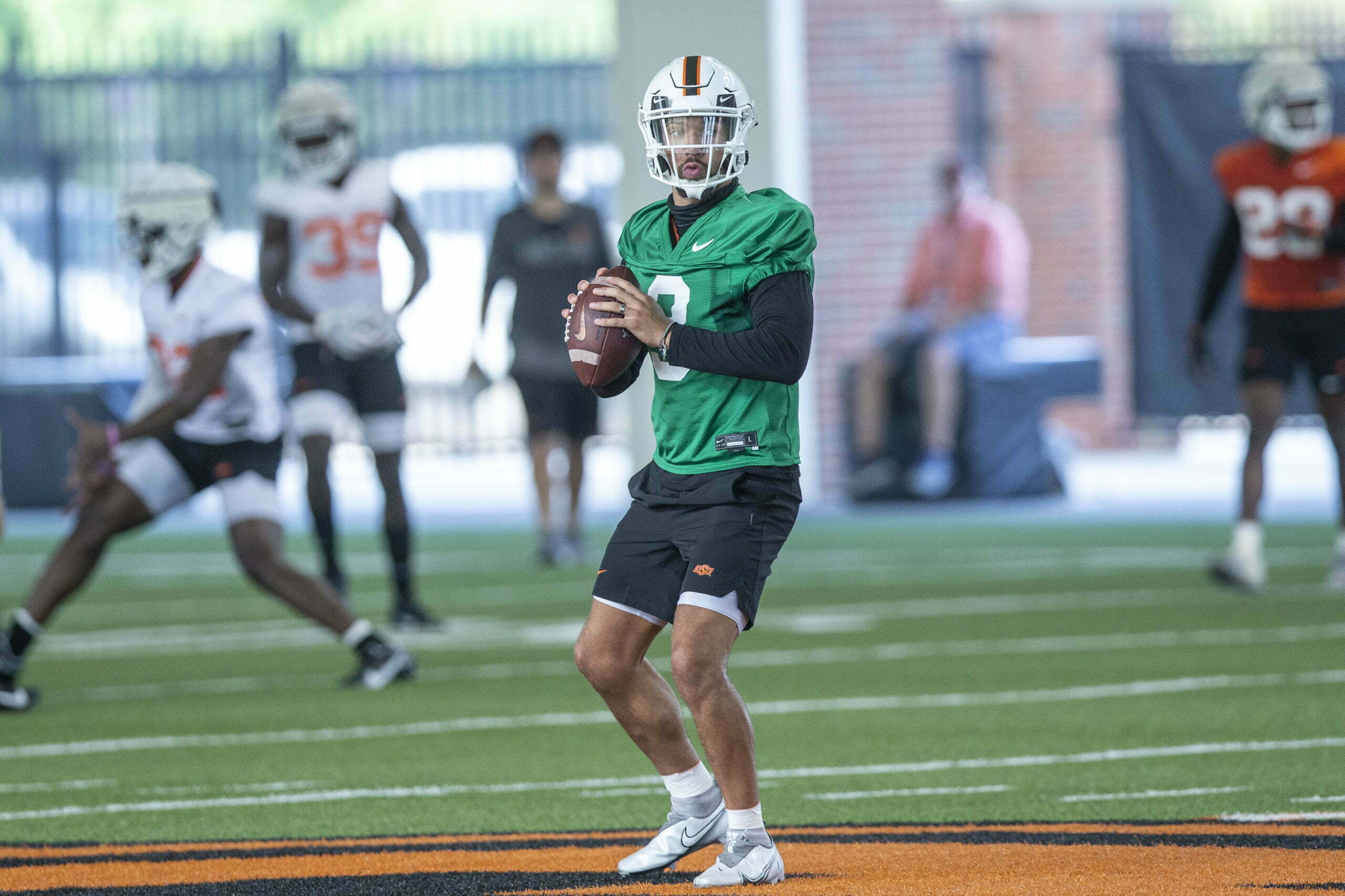 STILLWATER — Spencer Sanders’ progression entering his third season as the Cowboys’ starter has been a big talking point, but fans will have to wait at least another week to see it.

A redshirt junior, Sanders has played in 20 games the past two seasons where he has completed 63% of his passes for 4,072 yards and 30 touchdowns while throwing 19 interceptions.

At Big 12 Media Days in July, OSU coach Mike Gundy said Sanders improved more in the two months of spring ball this year than he did in his first two years put together. A lot of that could be attributed to Sanders having a full offseason (unlike in 2020), and for the first time in his career, Sanders enters consecutive seasons with the same offensive coordinator and quarterback coach in Kasey Dunn and Tim Rattay, respectively.

Sophomore Shane Illingworth is expected to start in Sanders’ absence. Illingworth played in four games as a true freshman in 2020 after Sanders was injured in the Cowboys’ opening game against Tulsa. As a freshman, Illingworth completed 59% of his 70 pass attempts for 554 yards and four touchdowns.