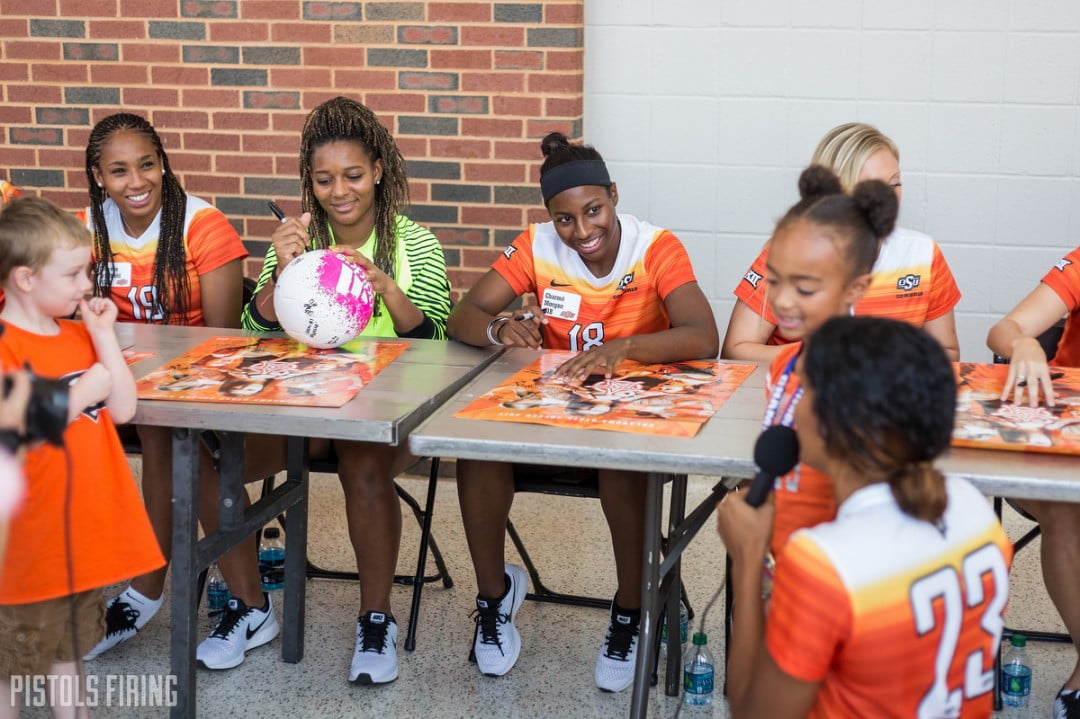 As non-football sports start to heat up a little bit in Stillwater, it was a great weekend for a variety of programs including men’s golf and women’s soccer. Let’s take a look at what’s going on at Oklahoma State in non-football and non-basketball news.

Here’s an interesting video on the Cowboys getting new gear in preparation for the upcoming season. This is what Porter does for us with computers and phones.

We had a great day customizing our gloves for the upcoming season! #GoPokes pic.twitter.com/VJPIJ9Gm3M

The Oklahoma State Cowgirls earned a preseason spot at  No. 25 in FloTrack’s Countdown rankings:

Oklahoma State will open the season on top, as the Cowboys are ranked No. 1 in the preseason Bushnell/Golfweek Coaches Poll.

Oklahoma State will host the 2018 NCAA Championship and enter the season on top thanks to seven first-place votes. Vanderbilt returns as No. 2, one spot lower than its top-ranked finish in the final regular season poll for the 2016-17 campaign.

Defending national champion Oklahoma actually received the most first-place votes with 10 but will begin the season ranked third. [Golfweek]

The Cowgirls have jumped out to a 4-0 record and their best start since 2012. This past week saw a win over rival Oklahoma 2-1 on Friday and then a 4-0 victory over Creighton on Sunday in Stillwater. Charme Morgan scored a goal in each game and leads the team with three on the season.

Miss Friday night's #Bedlam win in Norman? We've got ya covered with highlights of the #okstate goals from 2-1 victory #GoPokes pic.twitter.com/O7rgHaj3SW

“We were fighting against coming out flat after the Bedlam game (against Creighton),” said Carmichael. “Second half was excellent. Tons of energy. Movement was much better, better decisions in the final third. I think Creighton started to wear down at the end.”

Interested in becoming a softball manager? Here’s some information on it.

We're looking for managers for the upcoming season. If you're interested, see below for more information. #okstate pic.twitter.com/xNoji5Kgpa