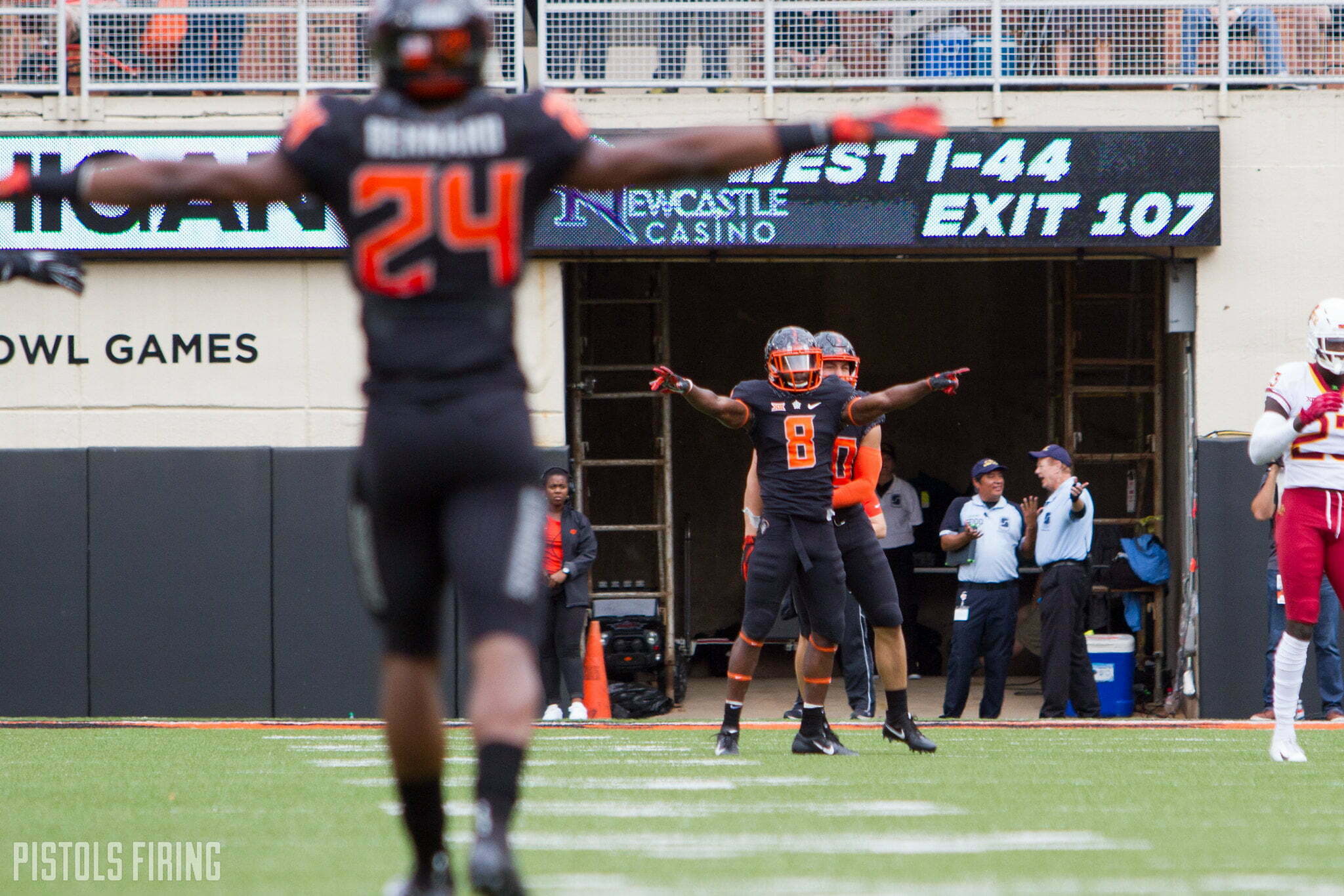 There is one defensive position that the Cowboys have to replace in 2020, and depending on how they do that, it could turn a good defense into a great one.

Whenever or however the NFL Draft happens in the coming months, A.J. Green will likely be selected after a solid four years of production at Oklahoma State. But that leaves the Cowboys having to replace a starting corner for the first time in a long while. OSU’s corners are next on our spring position previews.

Rodarius Williams enters 2020 having started every game in the past three seasons (39 games). In that time he’s broken up 24 passes and snagged two interceptions.

Jarrick Bernard somewhat belongs in this section, though his starts came at safety. A true sophomore, Bernard has started 22 of the 26 games that have been played since he got on campus. Bernard has always been considered a cover safety, and I would find it odd they would change his position for him to ride the bench.

“Just based on his strengths and the type of offenses we face in this league that we kinda felt like he’s better suited there,” Mike Gundy said in his one meeting with the media this spring.

Christian Holmes will enter the program as a graduate transfer from Missouri. He has had two interceptions in the past two seasons with the Tigers.

Thomas Harper garnered a lot of buzz last spring as an early enrollee freshman. He played in 12 games in 2019 where he had 13 tackles including a tackle for loss.

OSU’s defense is expected to be as good as it’s been in a long time, but a lot of that depends on how they replace No. 4. At 6-foot-1, 190 pounds, Green matched up against a lot of the Big 12’s big-bodied guys over the past four years.

A near seamless transition for Bernard into the position would be huge for the Cowboys. But if it didn’t work out and he had to move back to safety, the Cowboys did a nice job strengthening depth with Holmes’ addition.

This will be a big year for Williams as he tries to follow Green to the NFL. He certainly has the pedigree as his cornerback brother Greedy was taken in the second round of the NFL Draft last season.

“This is a money year for Rodarius,” Gundy said. “This is a year where he needs to put really, really quality plays on video to increase his chances to play beyond this year, which helps our team.”

Every starter from last season’s team will be on the 2020 team apart from that lone hole Green left, and while OSU might not have the steady play Green provided right off the rip, there are a lot of promising signs as to who can help fill it.

The defensive line is solid, the linebackers are solid, the safeties are solid and Rodarius Williams is solid. The Cowboys don’t need Darrelle Revis to show up opposite Williams, they just need a guy who doesn’t look out of place.