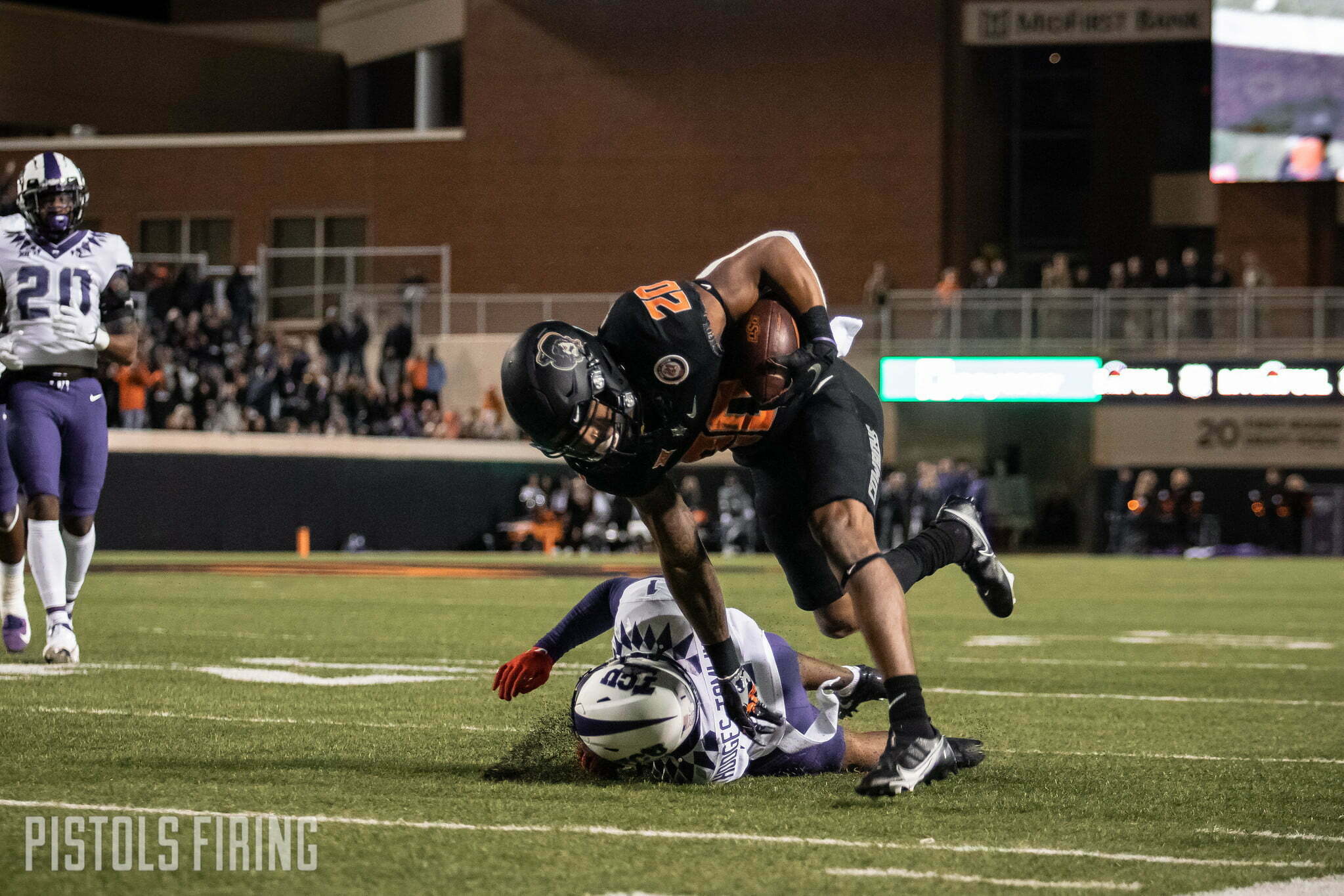 With spring football on the horizon, Oklahoma State has clear objectives ahead as it looks to build off an impressive season that ended in a Big 12 title game appearance and a bowl win over Notre Dame. But no task may be as important as figuring out how the running back position will retool.

The Cowboys are losing leading rusher Jaylen Warren as well as long-time vets LD Brown and Dezmon Jackson which will put the pressure on the young, new wave of talent at the position to step up. That journey will start with spring ball, and with four-star Ollie Gordon arriving on campus last week, clarity about what the RB spot may look like in 2022 could come sooner than expected.

Below, I’m kicking off a new series examining each position ahead of spring football for OSU, so let’s get things started with the position I’m most intrigued by — the running backs.

This is a nice returning bunch flush with talent — Richardson was once a top-10 prospect from the state, and Nixon was a top-15 RB prospect from the talent-rich state of Texas — but neither of the two have been relied upon by OSU as workhorses. Richardson has the most experience of the two, with 123 career carries for 596 yards and seven touchdowns. In five career games in which he logged 10 or more carries, he’s accrued 493 yards and six touchdowns on more than six yards per carry. Nixon was buried on the depth chart last season as a rookie, but he has already flashed some LD Brown-like burst, with one of his 14 career carries already going for a 63 yard score. Meanwhile, Middleton is a speedster who played both ways in high school and arrived on campus as a receiver before switching to running back last spring.

Gordon’s arrival on campus last week as a late-arriving early enrollee is bigly news. He was a superstar in high school and capped his career with a 2,000+ yard rushing season. Mike Gundy has raved about his potential, too, saying he could bulk up to around 230. He should join the program as a potential future bellcow alongside Beggs, Oklahoma, signee CJ Brown, who profiles as a potential premium complement after he, too, rushed for 2,000+ yards as a senior.

“With your running backs, you have a nice mixture,” Gundy said on signing day. “You’ve got a powerful guy, Ollie’s going to be 230 (pounds) someday, would be my guess. He was 208 (pounds) last week, once he starts training and eating, I’m going to guess he’ll play at 230 (pounds). CJ was 177 (pounds) last week, I’m going to guess he’s going to be 190 to 195ish, so we have a nice mixture of style of play with those guys. They’ll give you some nice variety as they progress.”

This may not be how the depth chart looks after spring camp — or how it looks by this fall — but one thing we know about Gundy and his staff is that he’ll give veterans the first opportunity to prove themselves. (See: Cornelius, Taylor.) That should give Dominic Richardson the leg up to enter spring as the potential lead back, though because it’s spring I can’t imagine OSU is going to be handing out such labels nor splitting carries based on labels. Spring is about development and finding out what you have and it should be a great chance for the newbies to earn some burn and for everyone else to show what they’ve got and potentially establish themselves ahead of the summer months.