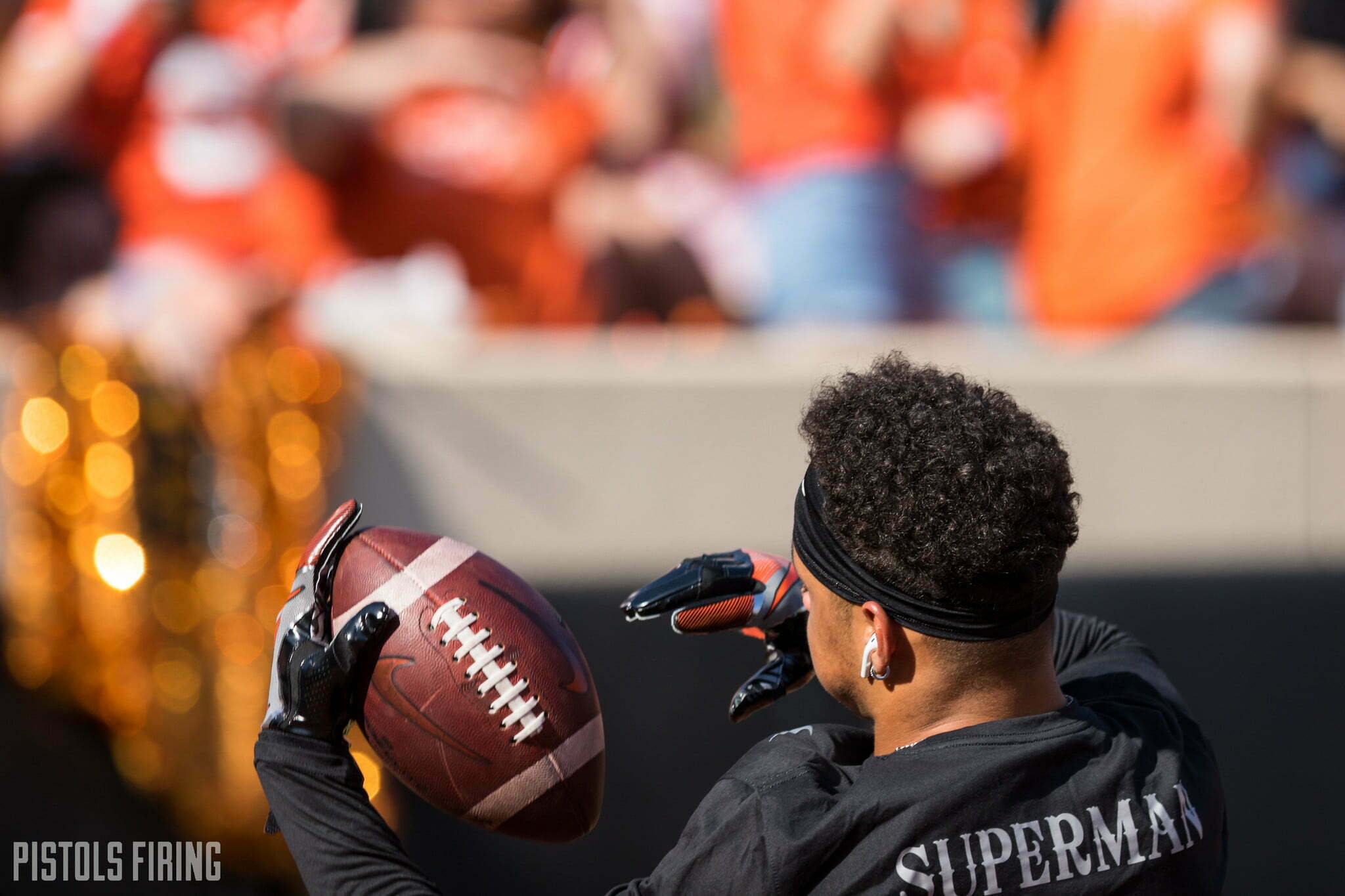 Tylan Wallace, Superman among regular men. He has 10 catches for 272 yards and five TDs through roughly 90 minutes of football this season and looks to be in a different stratosphere than he’s ever been in before.

So I got to thinking about how this stacks up to other two-year runs for WRs in OSU history. One thing to keep in mind when looking at the list below (sorted by yardage) is that for most players (Washington, Rashaun, Bowman and Hart Lee), this two-year stretch was their junior-senior years. For Tylan and Blackmon it was sophomore-junior. For Dez it was freshman-sophomore (shout out to Primetime).

Anyway, I took the average numbers per game for Tylan over the last 15 games (last year and this year) and projected them out for a 13-game season this year, including what he’s already done in 2019. The results were … amazing.

• I don’t think this is an unfair projection for Tylan even though he’s had two cream puffies so far in 2019 because his two best games ever came against OU and Texas last year. He rises to all occasions.

• Washington’s YPC speaks to how many deep bombs he caught. He’s probably the best on this list at hitting the seam and just running it into GIA.

• Seriously though, 233 receptions and 38 TDs for Blackmon?!

This is extremely niche and maybe a little wonky for even the diehard-est, but I think it’s intriguing. Kasey Dunn said before the season that this year is a “prove it” year for Tylan. Everyone else on this list proved it. Some like Rashaun and Washington even proved it twice. It looks like Tylan is well on his way, too, and given how he’s played in the first two games, he may even have more to prove than we originally thought.