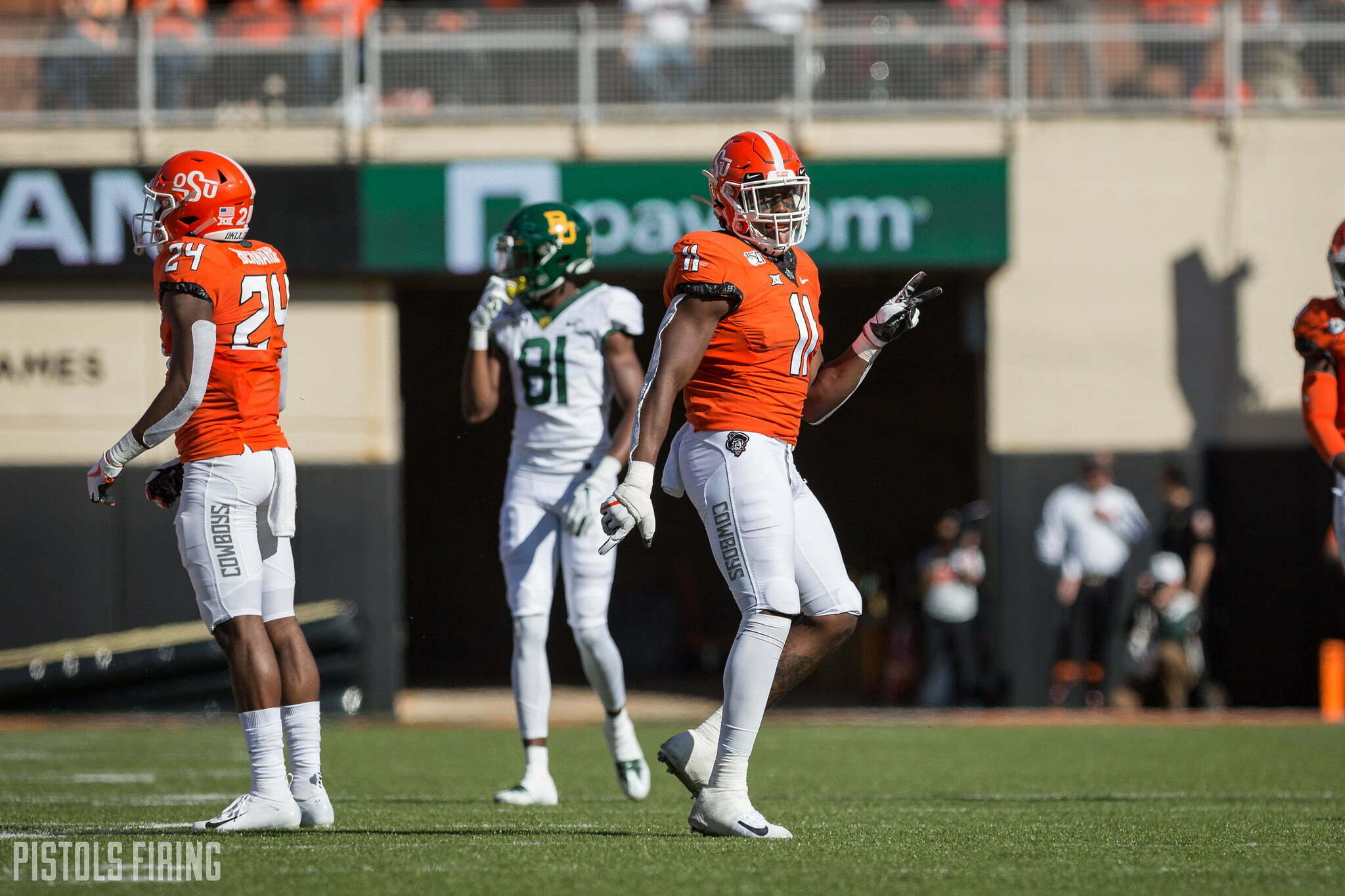 Oklahoma State, anchor of the second-best program in the Big 12 over the past decade has been an anchor in this league. Beyond OU, the Cowboys have been the most consistent and best team for 10 years running.

A streak that might be about to come to an unceremonious end.

But before we get to the bad news, here’s some good news. This is conference wins since 2010. There is mildly conflicting data on this from CFB Reference and Team Rankings, but I went with Team Rankings because it looks to be more ackrut.

Here are the Big 12 teams ranked by conference wins since 2010.

Kansas is 5-79 in this span. Texas A&M, Missouri and Nebraska — none of which have been in the league for at least seven years — all have more Big 12 wins in the last decade than Kansas does. This is incredible and never ceases to amaze me.

OSU is currently maintaining a healthy lead on Kansas State, Baylor and Texas but the latter two are closing in on them. Still, it’s overwhelmingly likely that the Pokes end the 2010s with the second-most Big 12 wins behind OU. That’s good.

This is problematic, especially because it’s not difficult to imagine Baylor (and maybe even Kansas State?) passing OSU by the end of the year. Tech likely won’t catch them, but at the end of 2019, OSU could have one of the three worst three-year records in Big 12 Conference games.

On the flip side, beat TCU and West Virginia and you could have one of the four best. Still, counting on an optimistic ending to what has been a frustrating year just to beat mediocrity in this league is never what you want to be staring at with Halloween just over the horizon.

So I think this is where a lot of the frustration with Mike Gundy comes from. It’s not a reaction to one or two games or even a single season. Rather it’s a standard (that he set) that he’s not living up to. OSU fans (myself included!) got pretty comfortable in that second slot in the league, and looking at No. 6 or No. 7 or worse isn’t all that exciting a proposition for the future of this program.