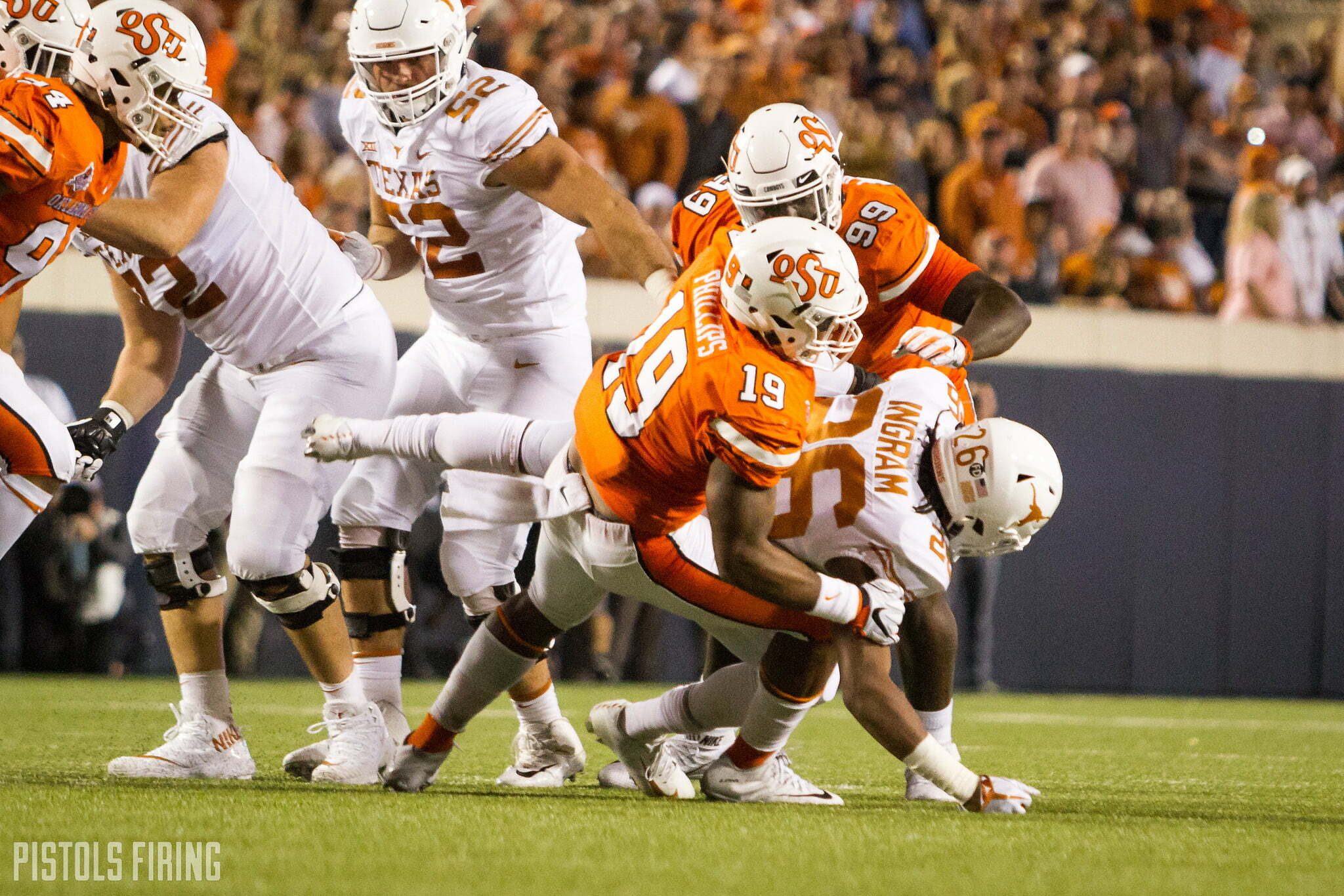 Last week I wrote my five takeaways from the 2018 Oklahoma State season, and leading the charge was that OSU’s defense has somehow become worse in the wake of Glenn Spencer’s departure.

My reasoning, based on a combination of watching games and looking at stats, is that OSU was less efficient and created fewer turnovers for an offense that was nearly as efficient — from a statistical perspective anyway — as it was in 2017.

But weird years are weird years and not all games are created equal. That is, you could give up 1,000 points in one game, none in the other 11, have the worst defensive stats in the country … and still go 11-1. That’s an extreme example, of course, but to really dig into the numbers, they should be splayed against the backdrop of a game-by-game variance. Unfortunately, that is data beyond the purview of this good website, and so we rely on broader data and anecdotal evidence to come to our conclusions.

I’m here for counterarguments and good debate, though, (THAT’S WHY ALL OF THIS IS SO FUN, RIGHT?!) and one of our readers provided a good one in the comments section of that post. Here’s reader Jerren Ellis on the OSU defense.

Am I the only one who thought our defense wasn’t atrocious? Wasn’t great but also wasn’t the reason for 6-6. Tech and ISU carved the defense up but against Boise and first half of Texas game they played lights out. The D didn’t falter against K-State until late in second half. I thought they played well against TCU. The defensive adjustments in the second half of Bedlam and WVU games were the main reason we won or had a chance to win.

Thought Knowles made adjustments later in the season after Tech and ISU had their way with us. All this with injuries to Bundage and Daniels, two key defensive cogs, plus youth at the safety and backup corner positions.I’d like to see him have more time. Someone talk me off this ledge.

Howevah … OSU gave up 3.1 points per drive to Kansas State. Kansas State averaged 2.1. It was basically the same number of points per drive OSU gave up against Iowa State the week before. K-State scored a TD on every drive of the second half. I get what you’re saying, but that’s not a dynamic performance, even if the first half was strong. Although I’m not sure a collection of the best defensive players of the Gundy era could have helped that OSU offense on that day.

The TCU game was fine, but again, TCU had one of the worst offenses in the country and was playing its 28th string QB.

Jerren is spot on about the OU and West Virginia adjustments — OSU allowed just 24 points in 13 second half drives against the two best offenses in the Big 12. That’s awesome. He’s also right about first half against Texas. The Boise game was great, too. So there were moments.

I think my bigger issue than giving up points, though, is that OSU just did not create turnovers like it has in the past. Their margin was -8 this year, which is tied for the second worst season (so far) with 2014. In a season where the margins are thin — which, for OSU, is all of them — you have to be more disruptive than OSU was defensively and give your offense a little room to gallop around the field.

Regardless, great rebuttal by Jerren, and I appreciate the thoughtful commentary. An aside: Our overall traffic is down in 2018 (which is expected in a 6-6 season), but our comments and engagement are much higher than they’ve ever been. That’s a W to me. The problem is that with more engagement it gets harder to see stuff like this. I love reading it though, and I love thinking differently than I am predisposed to think. So email me at kyle.goodwin.porter at gmail.com with thoughtful comments like that one, and I’ll either email you back or post something like this on the site.