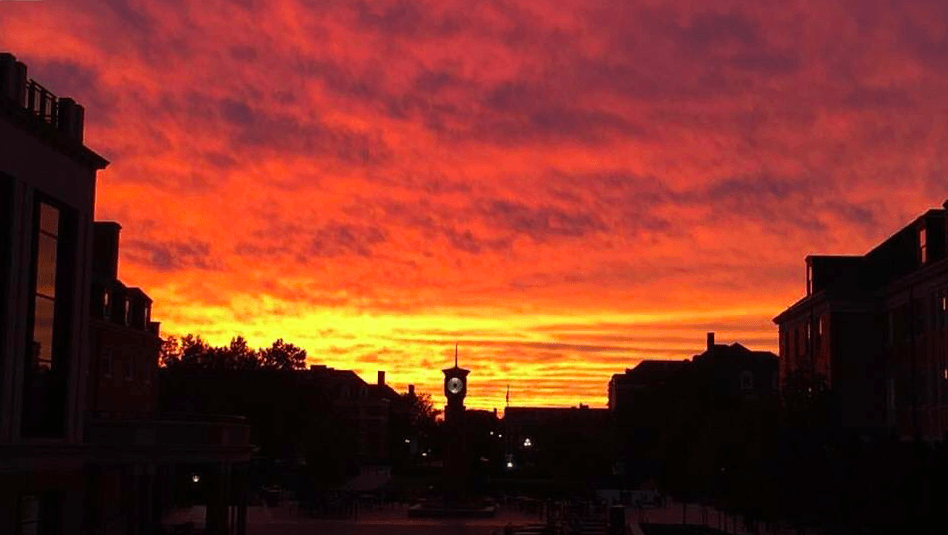 How much can one community’s collective heart break?

From 2001 to 2011 to the Saturday morning in 2015 that will be memorialized for decades. The number of lives lost doesn’t matter. It’s all the same. People living normal lives woke up, went out into the world and breathed oxygen on earth for the last time. Nobody has any real answers that satisfy. Nobody ever will.

“You can’t grieve enough,” said OSU broadcaster Tom Dirato about the 2001 plane crash. The same applies to Homecoming 2015. “You can’t ache enough. Because you know the hundreds of people who are affected, the brothers, the sisters, the parents, the grandparents, the wives, the kids who were connected to the great 10 people who lost their lives in that plane crash. People go on with their lives, I understand, but there are holes that never get filled.”

Time marches on. Individual worlds stand still. But time is a seductive mistress that cannot be held. It cannot be grasped. Humans have subdued the world to the point that we have nearly everything under our thumbs. Time, though, is like trying to hold sand in your balled-up fist. It always escapes. It is the one thing we cannot control.

Most days I wake up and feel like I just graduated high school. I have kids now. I’m about to have more. It feels like we should be able to hit a pause button and get some time to try and understand everything. No go. You just start a GoFundMe and pray nobody else dies. Then you go back to your job on Monday and … it’s all just a lot, isn’t it?

Saturday felt strange because of how compact all the events were. It was almost like the car crash and football game were happening simultaneously. I hated that about it. There was no separation. There was no room to process the absurd nature of everything that was happening.

Not that anybody wanted to sit down and truly process it.

You rocked a little in GIA, froze a little in BPS and sometimes you even went to class. You complained about the Chick-fil-A lines, pomped for what felt like years, took selfies when the fountain turned orange and stood in line early at the Student Union store on Monday morning after the weekend OSU played at Baylor because of the discounts (just me again?)

Stillwater is a kiln. The substance that enters resembles the one that emerges, but only in outward appearance. Its properties have changed. It has become something much different in actuality. Something your parents or the people you knew in high school would nary recognize.

It is a great, great place.

Emmanuel Ogbah likes it because “you get to focus on academics and football.” It is certainly self-contained in that sense. It feels at times like it’s completely set apart from the rest of the world. A trailing waft of cow dung from the interstate that connects it to the rest of humanity. I can’t imagine how much more it felt like that before cell phones and computers.

And it was that world that looked upon Stillwater in the days that followed the tragic ending to Homecoming 2015. The aftermath was spectacular, if not wholly expected. The candlelight vigil, the $40K for Nash’s mom in, like, 48 hours, the OU choir belting the OSU alma mater.

That was the thing that really struck me about Saturday. I don’t know the folks who died or even any of the ones who were injured. I don’t have an emotional attachment to them. Most of you probably don’t either. To feign empathy otherwise is to be disingenuous.

But they represented all of us.

So what now? Where do we go from here? How do we go anywhere from here? Time, like I said, marches on, but it’s important to look back for a little bit longer. To be introspective. To, as Mike Gundy noted, call your kids or your parents. Tell ’em you love ’em. Reminisce about college and OSU and Stillwater.

Stillwater is Homecoming. Mike Gundy said that in his press conference on Saturday.

“I do want to reiterate that this one incident cannot take away from Oklahoma State University, and it cannot take away from homecoming and the celebration,” said Gundy. “That’s something that’s very important to us and to me, to make a point that it is a great time of the year. It’s a great weekend and a great day, and there’s a tremendous amount of pride and effort that goes into our homecoming, and that’s why it has been established the way that it is. I don’t want anything to be taken away from that.”

Stillwater is celebratory and hopelessly optimistic. It is a beacon in the wee hours after long road trips to other Big 12 schools. It is generous and confident in itself. It doesn’t really care what anyone else thinks it is. It exudes joy because its people are satisfied.

Stillwater, above everything else, is human.

And that’s the greatest thing any town in any nation in the world can possibly be.