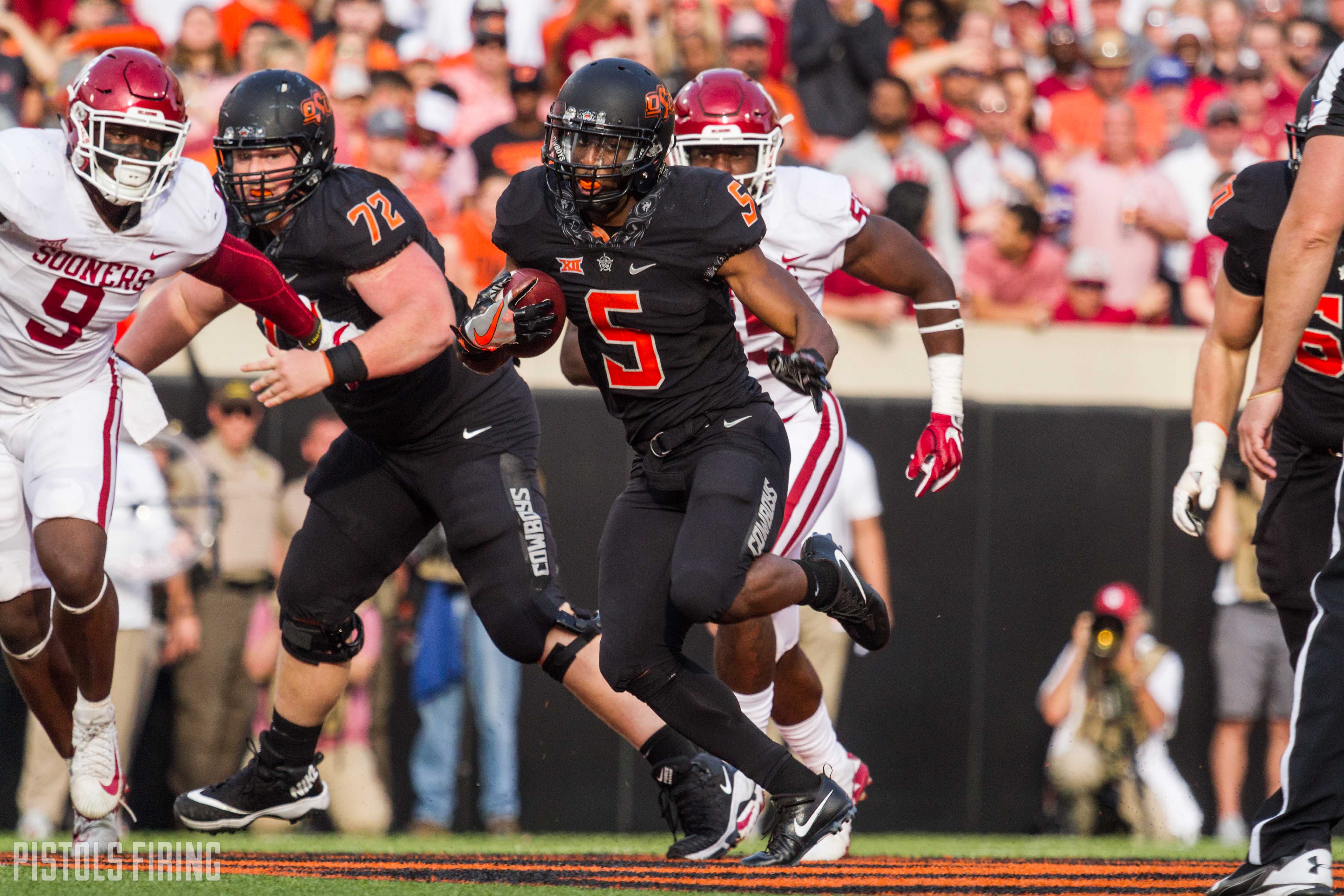 PFB’s countdown to football season by counting down the 15 most intriguing storylines continues today with a look at the No. 1 storyline we’re tracking going into 2018.

Storyline rank: No. 1
Storyline: Will 2018-19 be Justice Hill’s final season at Oklahoma State?

Why this matters: Justice Hill has led Oklahoma State in rushing in each of his first two seasons, and barring injury or an unlikely emergence of J.D. King into Heisman contention, he’s in line to make it three straight. As we enter 2018, he’s Oklahoma State’s best player — and it’s not all that close. Losing him a year early to the NFL would be a significant loss, even for a team that appears set at running back for the foreseeable future.

How it could play out: Justice Hill has already said he’s in line to graduate at the end of the 2019 spring semester. He hasn’t said that means he’ll be moving on to the NFL, but given his pedigree, it’s unlikely he’ll need to prove much more to scouts before turning pro. Of course if his five-star brother Dax commits to OSU, it could be an ace-in-the-hole Gundy has been praying would surface …. and it would elevate expectations significantly for the 2019-20 season. But even that Hail Mary probably can’t be completed by the best arm in college football.

Mike Gundy’s thoughts: Mike Gundy isn’t naive enough to think Hill would prefer to turn down a shot to earn millions over returning for a senior year.

“So he’ll finish up. That’s good news and bad news,” Gundy told a Catoosa crowd of Hill in early August (via the Tulsa World). “The bad news is when he finishes up he’s probably going to move on, which is good news. … Somebody’s going to get a fantastic player for a long, long time.”

My thoughts: Hill relishes the freedom he’s worked to earn entering next offseason — to stay or to go. In fact, it’s part of the drive that’s helped him be on track to graduate in three years. He wants to be an NFL player, and he’ll definitely have the opportunity to be a high draft pick. I suspect he leaves next offseason, and when his time in the NFL is up in 15 years, the finance major-turned soon-to-be NFL star will become the most overqualified accountant in program history.