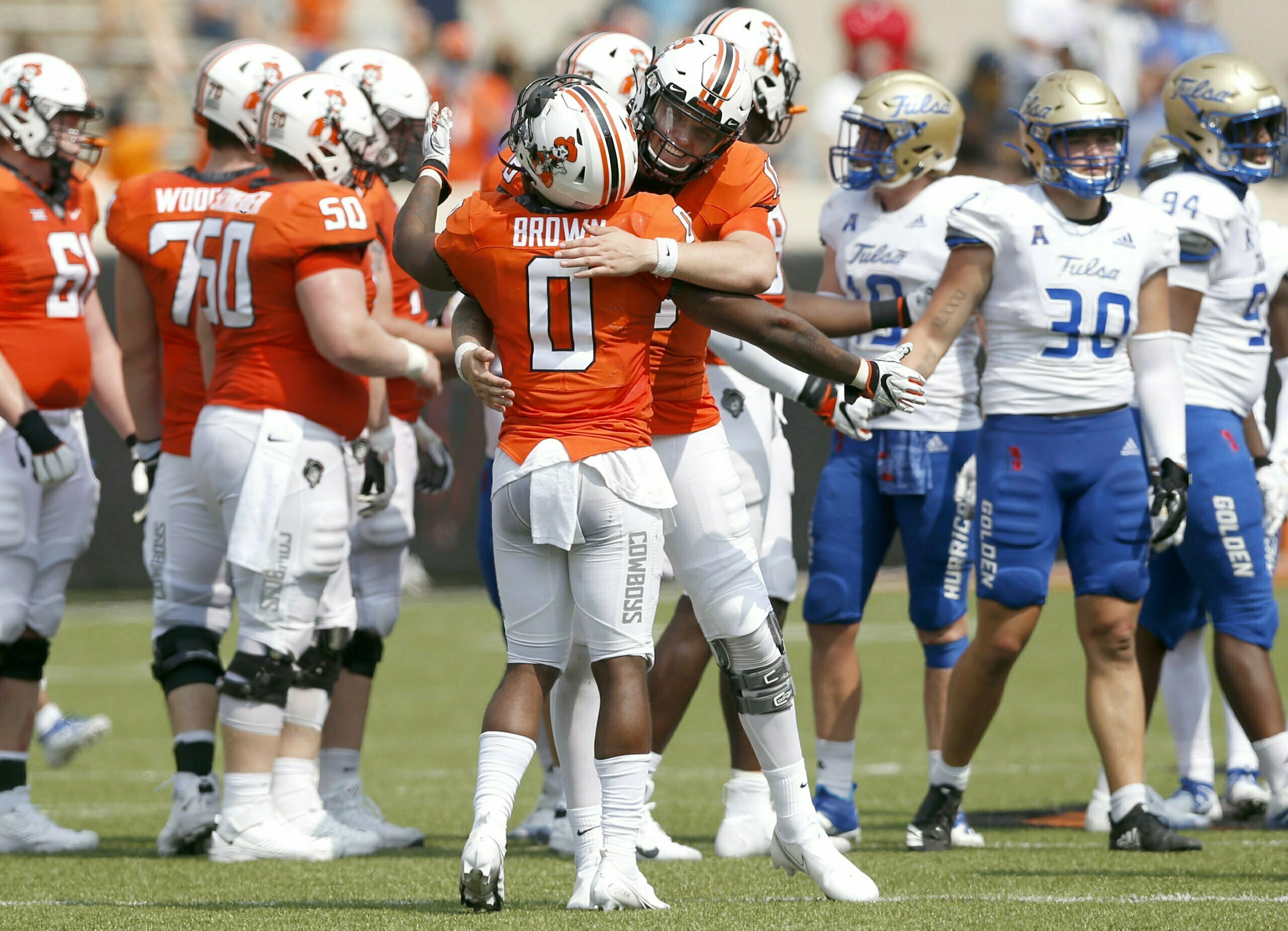 Oklahoma State avoided disaster on Saturday with a fourth-quarter comeback led by a true freshman QB who Mike Gundy said almost didn’t dress. It wasn’t pretty, but the Cowboys escaped the weekend without a loss and started their season 1-0.

Here are some superlatives from OSU’s season-opening win over Tulsa.

Of all the hype OSU had entering Saturday, the recent buzz concerning its defense proved to be warranted. Jim Knowles’ group held Tulsa to 0-for-11 on third down attempts and 1-for-4 on fourth down. They held the visitors to just 7 points and less than 300 yards of total offense.

Yes, it was Tulsa, but we’ve seen many an OSU defense wear down after having to do some heavy lifting for a half or even a quarter. That was not the case for this group, at least against Tulsa.

The Cowboys’ line lost some talent and depth this offseason, and it showed, especially early, against Tulsa. A group that needed to be markedly improved for OSU to live up to its hype, looked worse — at least in Week 1.

Things seemed to have improved after the Cowboys dealt with a couple injury issues and had to “play musical chairs” as Gundy put it, but they still gave up six sacks while OSU mustered just 2.8 yards per carry in the running game. That’s not going to cut it moving forward.

This honor hasn’t gone to anyone not named Chuba Hubbard in quite some time, but LD was impressive when given the rock on Saturday. He ran it nine times for 61 yards and looked as good as he ever has for OSU. That’s good news for a team that had serious questions about depth behind Chuba coming in.

“He’s practiced really well,” said Gundy of Brown after the game. “He’s always worked hard, but over the last month, he’s just looked a little different in practice. I wish I could give you a reason why, but he’s practiced really hard, his attitude’s been really good and I thought he was a very physical runner today. We’re certainly gonna need him, so I’m excited about what he accomplished today.”

It took OSU eight drives and nearly three quarters before Mike Gundy & Co. pulled the trigger on the true frosh QB. But it took him just one snap to show he was different.

Illingworth’s nice finish in the comeback win is one of the brighter spots in the Cowboys’ win. Spencer Sanders’ status is up in the air. But with a short turnaround before conference play commences, it’s nice to see that the moment wasn’t too big for Illingworth.

Tanner McCalister had himself quite the day, turning in a career-high six tackles. But no play was bigger than this end zone pass breakup to keep Tulsa from taking the lead late.

A potential game-saving play, that stop forced TU to put its trust into its unproven freshman kicker Tyler Tipton who missed a 26-yard attempt. Tulsa came up empty and the Cowboys were able to hold on and win.