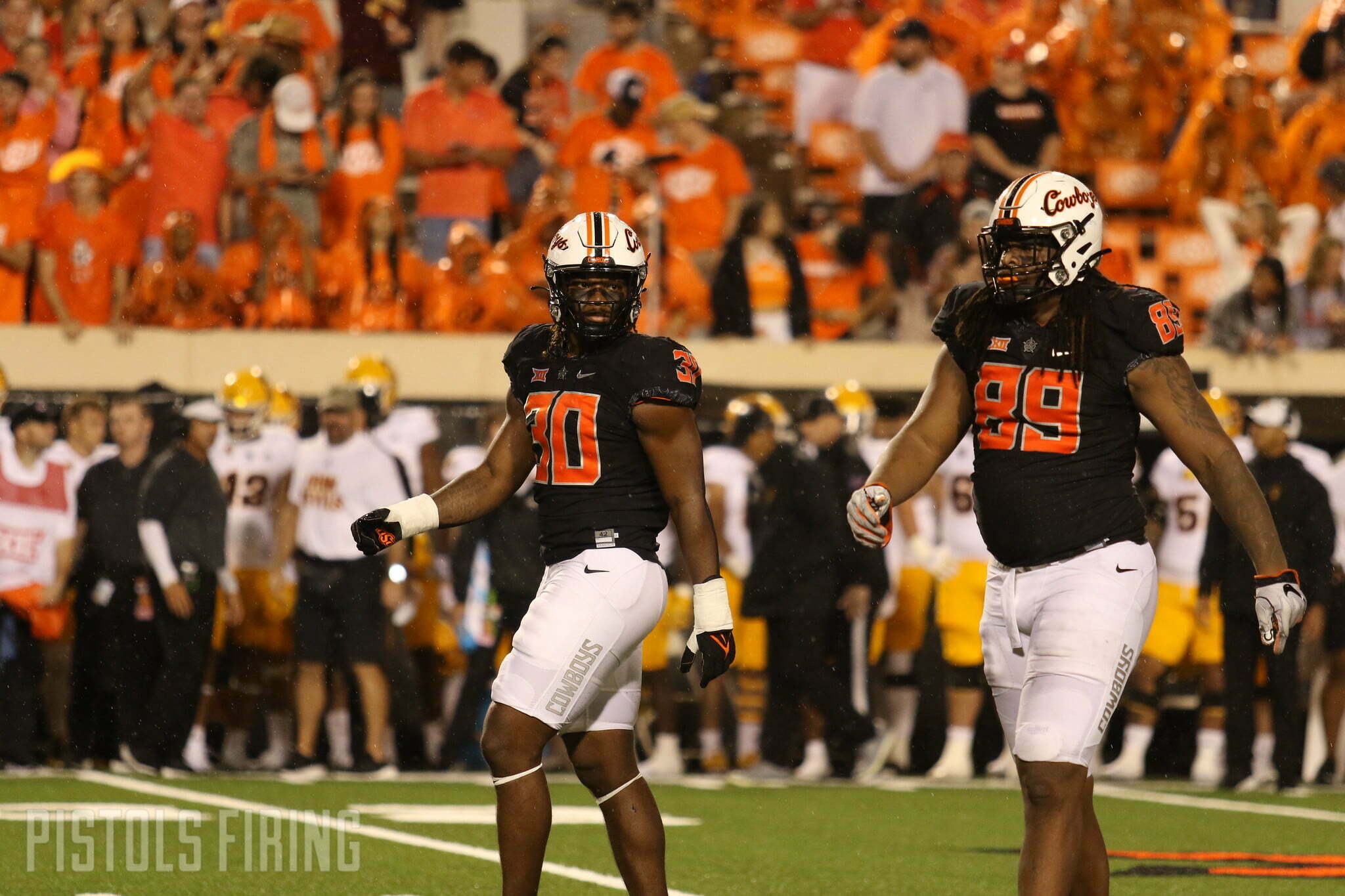 Oklahoma State weathered early offensive dry spells and defensive lapse to earn a comfortable win over Arizona State (at least according to the scoreboard). The Cowboys are 2-0, a consensus Top 10 team and have only Arkansas Pine Bluff standing in their way of a perfect nonconference record.

Let’s take a look at some of the players and play that got them there from Week 2.

The best-kept secret among a star-studded defensive line has quickly become a national talking point, and it’s more for the way he affects the game than what he records in the box score. But he’s been filling that up too.

Lacy wreaked havoc on the Sun Devils’ front and frequently invaded their backfield on Saturday. He made big plays and when he wasn’t making big plays, he was facilitating big plays for his teammates by overpowering his blocker.

The third-year Oklahoma native further cemented his role as RB1 on Saturday, amassing 131 yards and a touchdown on the ground, averaging 4.9 yards per carry. He also flexed his pass-catching ability. Richardson hauled in five catches for 44 yards, both career highs.

When the Cowboys needed to sustain drives, Richardson delivered and even moved some defenders (and chains) along the way.

If the early part of 2022 is any indicator, the Cowboys still own the money down. OSU followed up a 4-of-15 effort against Central Michigan’s offense by allowing Arizona State only two third-down conversions on 13 attempts. The Sun Devils didn’t convert a third down until the second half and it was the key to OSU keeping points off the board despite ASU hitting some chunk plays.

Through two games, OSU is No. 11 nationally allowing conversions on just 21.4 percent of opponent third downs. For reference, the Cowboys were sitting at 29 percent after Missouri State and Tulsa at this time a year ago and ended at No. 3 nationally with 28.6 on the year in 2021. It’s a small sample size but it’s an important talking point, especially amidst grumblings about OSU’s back end.

OSU’s defense did a better job of keeping points off the board against Arizona State, but there are still lingering communication errors that, if unchecked, will continue to cause angst and could limit the ceiling on this defense and this team.

A week after giving up a handful of big plays to the Chippewas, OSU allowed seven passing plays of over 15 yards and three double-digit rushes including runs of 42 and 38 yards. Again, the Cowboys were mostly able to recover, but both of the Sun Devils’ touchdowns came off of chunk plays, a 73-yard pass at the start of the third quarter and that 38-yard rush at the start of the fourth. Take just those two plays and this could have been an even more lopsided win.

It’s hard to use too many qualifiers when you get doubled up by a team, but Arizona State sure shot itself in the foot on Saturday night. The Sun Devils got dinged with 10 penalties (two more were declined by OSU) and many were head-scratchers and at inopportune times. The Sun Devils got called for three (!) roughing the passer penalties. Eight of those accepted infractions were credited to ASU’s defense, sometimes bailing out the Cowboys’ drives.

It just goes to show that football is a game of inches and thin margins. The better teams aren’t always the cleaner teams, but it helps.