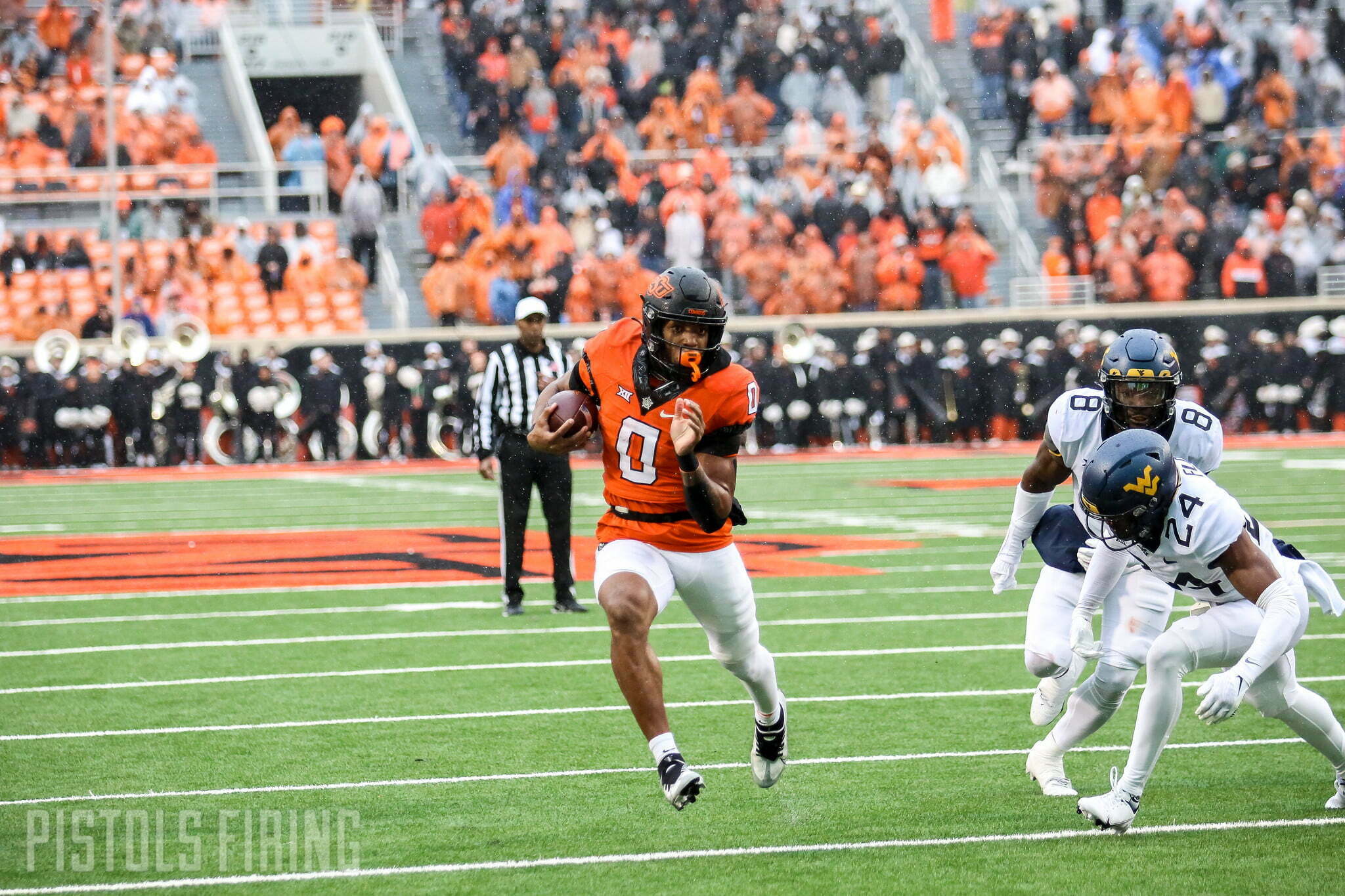 There’s a lot not to like about how the Cowboys’ season ended, and a lot more to reflect on in the coming weeks and months. But to put a bow on West Virginia in the most positive way possible, let’s take a look at some of the plays from Saturday that could give fans hope about the future.

Here are three plays (and players) that highlight some of the returning talent for next season.

OSU’s speedy, do-it-all receiver has been making memorable plays since he arrived on campus. As a junior this season, he stepped into the role of OSU’s top receiver and should be the top target for whoever is taking snaps next year.

Presley was the Cowboys’ offense in the first half before the steady rain turned into a downpour. He crowned it with this SportsCenter Top 10-worthy catch in the first quarter which should end up on his career highlight reel.

We’ve seen flashes of his talent throughout the season, but Ollie Gordon made a case for next year’s RB1 in this year’s final game. Against West Virginia, Gordon put it all together, recording a career-high 137 yards on 17 carries, without touching the ball until the second quarter.

But when he got the rock, he gave Cowboys fans a glimpse of what he can do in the future.

It should be noted that Jason Brooks Jr., who Gundy recently lauded as grading the best among offensive linemen, returned from injury for parts of this game, including the second half. But Gordon’s talent is undeniable, and I can’t wait to see what he looks like after another year in the system and in the training room. Hopefully the Cowboys can curate some more talented depth to make holes for him next year.

His second start didn’t go as he planned, but Garret Rangel showed glimpses of what he can bring to the offense, namely arm talent and poise. Here was one of his better passes on the day. He finds Braydon Johnson on a dime, who then breaks a feeble tackle attempt and picks up a ton more yards.

Rangel got thrust into action earlier than he normally would have, but any experience this season he gets should pay off if he is to be the guy in Stillwater, and none of it counts toward his eligibility.