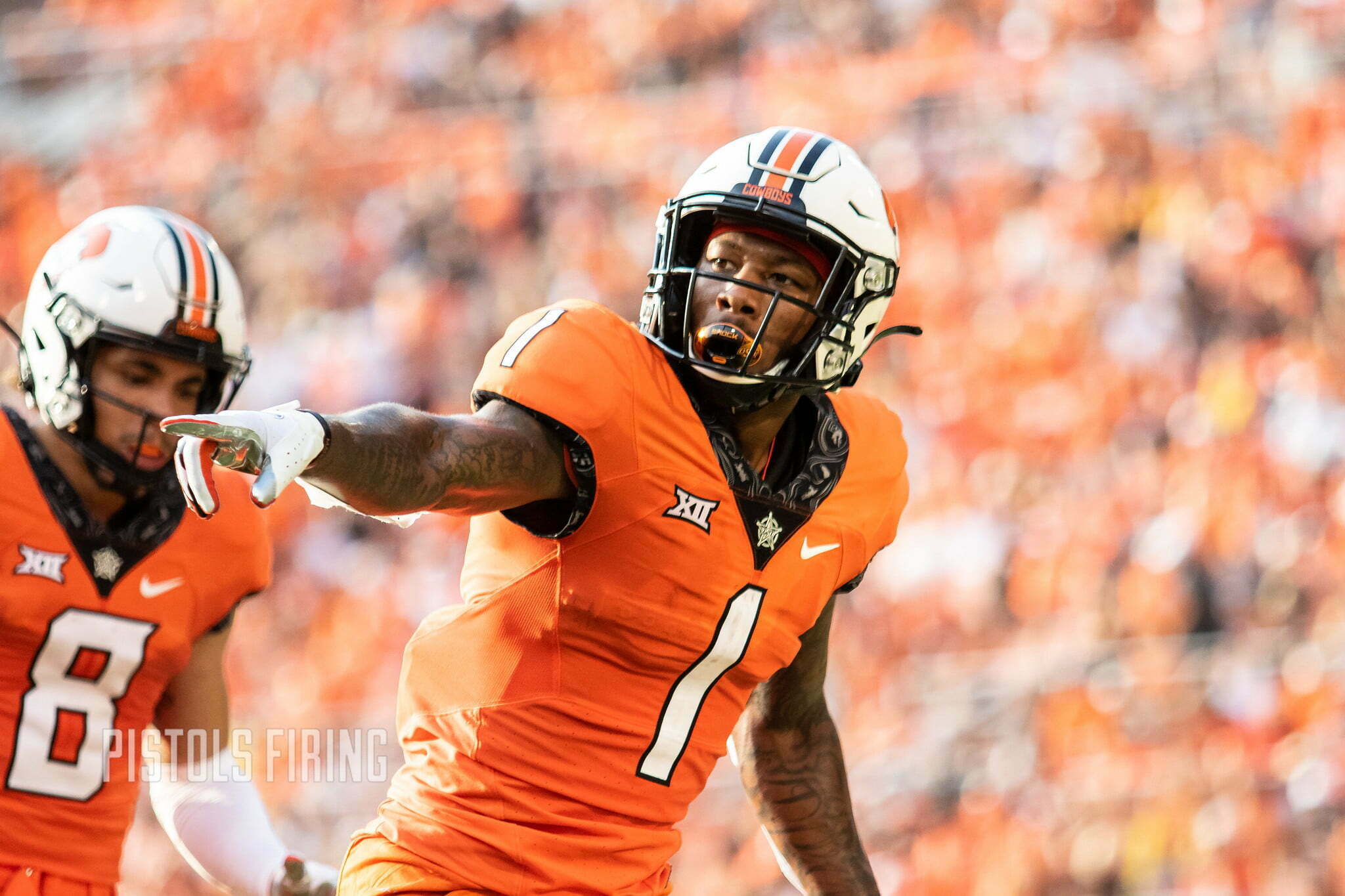 Spencer Sanders and Tay Martin have spent all of two plays on the field together this season; that will likely change Saturday.

Martin, who missed most of the Tulsa game and all of the Boise State game with an ankle injury, alluded to his return in an Instagram post Saturday afternoon.

Martin entered the year as the Cowboys’ starting Z receiver, a spot Tylan Wallace manned the past three seasons. It was fairly evident who the Cowboys’ new WR1 was after their first possession. Shane Illingworth, who filled in for Spencer Sanders because of COVID protocol, found Martin four times on the Pokes’ opening possession of the season, including in the end zone. Martin finished the Missouri State game having caught six passes for 107 yards and a touchdown, but he was hobbled with an ankle injury in that game.

He tried to give it a go the next weekend against Tulsa, but after only two plays, Martin limped to the sidelines and didn’t return. He didn’t travel with the team to Boise last weekend, either.

The Cowboys’ receiving depth has been put to the test early in the 2021 season. Martin, Braydon Johnson, Blaine Green, Bryson Green, Langston Anderson and Jaden Bray have all missed time because of injury. That led to redshirt freshman walk-on Cale Cabbiness making a game-clinching catch against Boise State last weekend. Needless to say, should Martin return against Kansas State on Saturday, it would be quite the boom for the Pokes.

Oklahoma State and Kansas State kick off at 6 p.m. in Boone Pickens Stadium. That game will be on ESPN+.